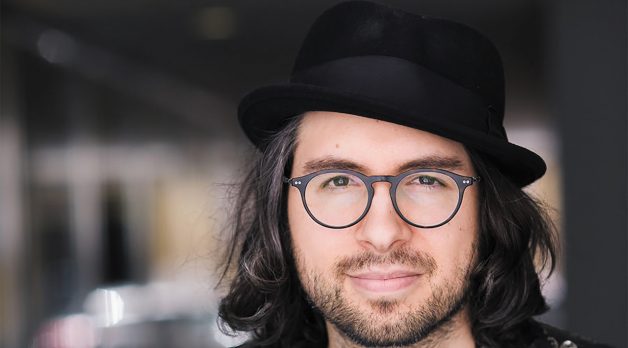 The less known going into Carlo Mirabella-Davis’s narrative feature debut, Swallow, the better. Haley Bennett plays Hunter, a housewife caught in a thankless, controlling marriage who, one day, decides to routinely swallow dangerous objects. Is it an act of self-harm? An aggressive display of marital defiance? Deliberately opaque at the outset, Swallow, which had its world premiere at this year’s Tribeca Film Festival and will be released by IFC Films next year, is a heady feminist concoction that barrels forward like a cross between the early filmography of Todd Haynes and the plays of Henrik Ibsen.

Born in New York City but primarily raised in East Meredith upstate, Mirabella-Davis’s childhood was big on imagination. “When I was a little kid,” Mirabella-Davis recalls, “I would ask my parents’ permission for time to ’imagine,’ a ritual that began my fascination with storytelling.” He teamed up with his sister and a childhood friend, and the trio acquired a Super 8 camera at a yard sale and made short films with a cast of neighborhood regulars and family members.

A budding filmmaker and cartoonist in high school, Mirabella-Davis encountered a fellow student, Oscar winner Jordan Peele, who recommended he watch The Shining and Akira. The cinephile floodgates opened and frequent visits to the East Village brick-and-mortar shop Kim’s Video helped lead to Mirabella-Davis acquiring a filmmaking BFA and MFA from NYU Tisch School of the Arts (a school he will be serving as an adjunct instructor at this fall). Made as his MFA thesis project, Knife Point was met with critical acclaim after premiering at the 2009 Sundance Film Festival (the only festival the filmmaker submitted to). It costarred Kate Lyn Sheil, herself once an employee of Kim’s Video, where she would recommend Bresson films to view.

Ready to take on features, Mirabella-Davis wrote a script that was accepted to both the 2011 Sundance Screenwriters Lab and Sundance Directors Lab. Although still unproduced, Mirabella-Davis holds out hope for the project and describes the Lab experience as enlightening both for the film and for his career (“You take a scene from your movie, work with actors, shoot it, edit it that night, and screen the next day in front of professionals like Robert Redford”). After codirecting with Chris Dapkins the black-and-white The Swell Season, a documentary that follows Once’s Glen Hansard and Markéta Irglová dealing with their newfound success, Mirabella-Davis was ready to give another narrative feature a try, a script that would ultimately become Swallow.

A film about ritualistic control and claustrophobic entrapment, Swallow was inspired by Mirabella-Davis’s grandmother. A 1950s homemaker who, trapped in an unhappy marriage, took up obsessive-compulsive tendencies like extreme handwashing (“she would go through four cakes of soap a day and 12 bottles of rubbing alcohol a week”), the grandmother was ultimately placed in a mental institution and given electric shock therapy and a nonconsensual lobotomy. Believing she was punished for not meeting societal gender expectations, Mirabella-Davis views his film as something of a tribute to her: “I wanted to make a feminist film exploring gender expectations and the patriarchy.” — EL/Photo by Miguel Bueno