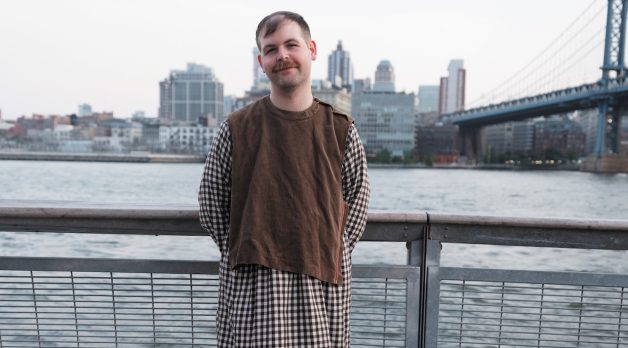 Make a film and along with the movie comes, usually, a folder containing all the associated contracts: financing docs and loan agreements, footage releases, location agreements and, especially for documentaries, appearance releases. Together, they constitute a matrix of power relations, a charting of the debts incurred, risks undertaken and obligations owed by all of those participating in the film’s creation.

The deconstruction of these relationships is both subject and method in the films of New York–based filmmaker Jordan Lord. In the 2018 short After…. After… (Access), Lord and their producer attempt to secure permission from a hospital to film Lord’s own open heart surgery. Ultimately, access is denied—Lord is told that shooting the experimental short will require a $2 to $5 million insurance policy. “I give the hospital permission to go inside my body, even though they wouldn’t give me permission to film what happened after,” Lord says in the film, which also explores the meaning of the word “access” as used in discussions around disability.

Filmed over five years, Lord’s first feature, Shared Resources, which premiered at this past spring’s MoMA Doc Fortnight and is currently playing festivals, applies a similarly analytical, self-reflexive point of view to even more layered relationships. The film depicts Lord’s family during their father Albert’s bankruptcy proceedings, financial distress compounded by the money Albert (ironically, a debt collector) owes to Columbia University for Lord’s undergraduate education. When Lord was young, Albert promised that if they got into an Ivy League school, he’d figure out tuition. But in 2005, Lord’s family home was destroyed during Katrina. Albert took on small business loan debt and, when he lost his job, was forced into bankruptcy.

“The film was directly triggered by something my mom told me, which was that I owe it to them to be successful. I thought, ’We have such remarkably different notions of what ’debt’ means,’” Lord says. The extraordinary centerpiece of the film is a scene in which Jordan sits down with Albert and walks him through his version of an appearance release, one in which Albert is able to revoke permission at any time, including after the film is finished. Understanding Jordan’s intent to dismantle doc film hierarchies between filmmaker and subject, Albert still refuses to sign it, knowing that possible future distributors would not accept it.

While Lord describes that contract as an “in-progress document,” they also “do mean it quite seriously.” “I would want a contract to prevent the logics or property transfer from the so-called subject, who I like to not call the subject, and the director,” they say. “I want to actively preempt that exchange of intellectual property because I don’t think that the intellectual property right should supersede the lived ownership, or lived non-ownership, of a story.” Reflecting on the meanings of the film’s title and their family’s participation in it, Lord says, “It’s not just my dad’s story—it’s my mom’s story, it’s my story and we all have different ways of understanding it. But I also certainly don’t think that the act of committing it to film—having the idea to do it and the social and other creative means to make it—makes it mine.”

While Shared Resources is technically Lord’s first feature, the ideas informing its making flow from two Rohmer-inspired narrative features dealing with radical politics and queer collective houses made while majoring in film studies at Columbia. The films will never be exhibited—“I think they were for the people who made them—they’re intimate, like little gifts” —but they did direct Lord toward pursuing documentary: “I realized I am not a fan of the production models of narrative filmmaking, as well as telling people what to do.”

After Columbia and a subsequent degree at Hunter in integrated media arts, Lord worked at New York’s Artists Space, first as an intern, then becoming bookstore manager and events programmer. Just this September, they returned to Artists Space as an artist with an installation and a work-in-progress version, of sorts, of a new feature, Prophetic Memory. The film deals with Lord’s grandmother and “her relationship to her memory,” as well as how issues such as the pandemic, climate change and Fox News affect the elderly. At Artists Space, however, instead of showing the audience the film itself, “it’s my grandmother, my mother and I watching and reacting to the film as it’s been made up until this point.”

Present in all of Lord’s work are spoken audio descriptions, where Lord, or another narrator, describes the action on screen as we’re watching it. The use of these descriptions “is both a conceptual and practical consideration,” Lord says. “Just the fact that I’m embedded in a disability art community means accessibility is a primary consideration,” Lord says. But, they continue, “Description is the space that renders its own partiality. I like to think about [the descriptions] as a kind of cropping function, where they actually cut the image to the dimensions of the perspective of who’s doing the describing.” They fulfill another function, too: Lord’s father is losing his eyesight, and they will provide a way for him to experience the film when he’s no longer able to see the image.— SM

Image description, above: The photo shows Jordan, a white person in their early 30s with short brown hair and a blonde mustache, wearing a gingham dress topped by a brown corduroy vest. They face the camera, standing on a pier with water, a city skyline, and a bridge in the background. Photo by Chris Berntsen

An earlier version of this piece incorrectly used the term “open captions” rather than the correct term, “audio descriptions.”