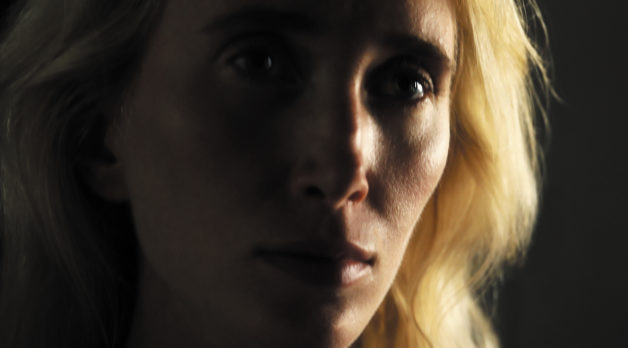 A nearly wordless short designed for both gallery and theatrical viewing, Jordan Strafer’s PEAK HEAVEN LOVE FOREVER is set aboard a private jet flying from London to Miami. Onboard are a stewardess and three passengers: a young woman in a pink dress, a severely sunburned middle-aged man and, laying across a pull-out seat, a sickly patient in a hospital gown, intubated as he goes in and out of consciousness. What follows is a frequently beguiling, uniquely humorous experimental excursion 30,000 feet above ground that includes unsettling makeup effects, mannequins, homicides carried out in first-person POV, a fatal plane crash and a lip-synced performance of The Mamas & the Papas’ cover of “Dedicated to the One I Love.” (Strafer dedicates the film to her mother and father.)

Based in part on Strafer’s experience accompanying her father on a flight transporting him from the United Kingdom home to Miami after a sudden illness, PEAK HEAVEN LOVE FOREVER is, like much of the director’s work, a mixture of the filmmaker’s memories, dreams and obsessions. Strafer’s parents were criminal defense attorneys who had no interest in pushing their daughter toward a similar career path. “My parents were very supportive of me becoming an artist,” Strafer recalls. “They actually didn’t want me to become a lawyer, but the household conversations were very driven by their cases and influenced how I see the world. In a way, their work was very anti-police and anti-government and irreverent. Shows that glorified the police, like Law & Order, were not accepted in our house.” By the time she reached high school, Strafer tried her hand at several art forms, even lying about her experience level in order to be accepted into an advanced darkroom photography class (the teacher later advised that she should look into becoming a diplomat or chef instead).

Discouraged by her high school difficulties, Strafer applied to only one undergraduate program, the Eugene Lang College of Liberal Arts at The New School in New York, where she pursued media studies. However, it was while taking elective courses at Parsons School of Design that Strafer grew inspired by her professors and began creating video art (one instructor, Alexandro Segade, plays the dying father figure in PEAK HEAVEN LOVE FOREVER). To teach herself basic film grammar, Strafer remade scenes from her favorite films, including Ingmar Bergman’s Persona and David Lynch’s early short The Amputee. She ultimately received an MFA in film/video at Bard College’s Milton Avery Graduate School of the Arts. While in graduate school, Strafer worked in lower Manhattan as a curatorial associate for the nonprofit arts space Participant Inc, archiving the work of recently deceased artist Ellen Cantor and befriending video art pioneer Charles Atlas. In 2022, Strafer returned to Participant, this time as a featured artist, with her first solo exhibition, PUNCHLINE.

A combination of life experiences and fantasy/dreamlike elements, Strafer’s work is a constant collaging of different sources, often including miniature dolls, masks, actors, recognizable pop songs, choreography and multichannel projection. PEP (Process Entanglement Procedure)—a video piece about abduction, Stockholm syndrome and believing the testimony of survivors of abuse—incorporates all six of these elements. PEAK HEAVEN LOVE FOREVER represents the director consciously scaling up, working with a moderate-sized crew and a piece of a model aircraft that Strafer borrowed from a Long Island company specializing in film set creation. Transporting the plane to a soundstage in Bushwick via giant truck and endless shrinkwrap, Strafer calls the experience “a real production for me for the first time.” Having recently screened at the New York Film Festival, the short is Strafer’s most cinematic work, and while she’s mum on plans for her next project, she’s looking forward to further exploring the film world—even if the added exposure prevents her from sampling her favorite pop songs.—EL/photo by Alan Martin Segal