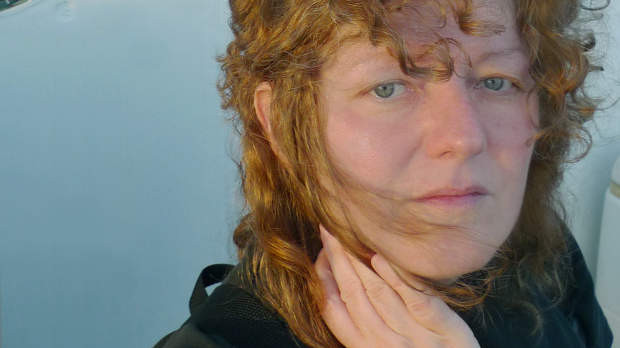 Laura Israel cut her teeth editing experimental works, commercials and music videos while still a film student at NYU. She shifted her focus from directing to editing, and from cinema to video. By the time she graduated she had formed her own New York City company, Assemblage. Her client list reads like a hipper-than-hip door list: John Lurie, Lou Reed, Patti Smith, Keith Richards, Sonic Youth, New Order, Ed Lachman and especially over the last two decades, her good friend Robert Frank with whom she has been archiving and preserving his film and video work over the past two years.

But in recent years the feature-directing bug bit the 53-year-old Israel. “I think directing a film is a positive way to get through a mid-life crisis, don’t you?” she asks with a winning grin. “I had become fascinated with experiencing a project from the initial idea through to the editing. I wanted to reverse my [usual] involvement in the process and focus on the departure point for the project before even beginning to work. In fact, I would really like to move on to directing a narrative, because that will take this experience to yet another level.”

She seized the opportunity to direct when a town-splitting controversy over wind energy erupted in the small Catskills community of Meredith, in Delaware County, one of the five poorest in New York State. (“No chi-chi boutiques there,” Israel says.) That’s where she has retreated on weekends for the past 20 years into a 16-foot by 16-foot cabin in the woods.

So she made the doc, Windfall, which premiered in Toronto and ended up garnering top prize at Doc NYC. The backdrop: Starting with the long-established town leaders, salesmen from an energy outfit in Ireland offered residents in this no-zoning town a relative pittance if they would let them build, on their private property, massive wind turbines: 400-foot high structures with 130-foot-long blades weighing seven tons that “whoosh” as they turn at 150 miles per hour.

Although she thoroughly questions the “greenness” of wind energy, and exposes the psychological and emotional hazards that the structures impose when too close to human habitats, she says she was not going for an exposé on the wind energy industry. She is more interested in the schism that disrupted the laissez-faire harmony in this sleepy community of ex- and financially-threatened dairy farmers (pro) and weekenders and expatriates from New York City (con). “The film is shot entirely from the point of view of the residents,” Israel says. And how she and her d.p., Brian Jackson, shoots them! Outdoors, articulating their positions (no sound bytes here) against a bucolic natural landscape, with maps guiding us to their homes, bringing us into the picture and the conflict.

Ultimately the naysayers realized that their only recourse was to run a slate of new, more open-minded candidates in the upcoming municipal elections. Israel generates suspense by tracking the countdown to the vote. She heightens the narrative momentum with Deen Modino’s animated stop motion, plucky music by Hazmat Modine and accelerating shots of the inherently cinematic windmills themselves.

Her next project turns out to be another doc, this one about Robert Frank. “His work incorporates poetry, music, theater, politics and New York City history. I want to try to reveal his creative process and his relationship with images,” she says. Israel has managed to uncover a space between splicing together someone else’s vision and executing her own. — Howard Feinstein