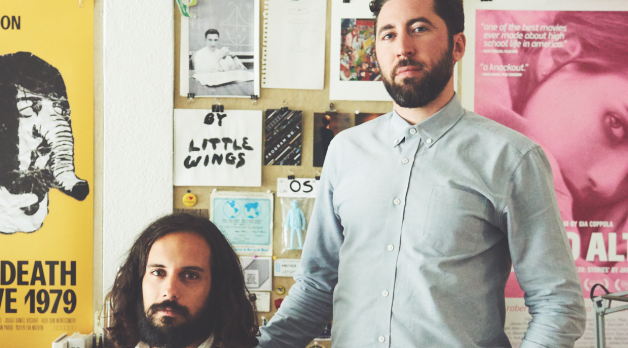 “You go see a movie,” says Riel Roch-Decter, “and there are 20 production companies listed at the head of the film. And none of those names mean anything.” Roch-Decter and fellow producer Sebastian Pardo are the heads of one new Los Angeles production company, and its name — MEMORY — is a quiet rebuke to the widget-making mentality that can creep into all but the most focused of moviemaking outfits. Indeed, in MEMORY’s early days, Roch-Decter and Pardo are producing bold films sharing a certain ineffable quality that lodges in your cranium. “We want to make films containing ideas that outlive us,” says Pardo. “We want you to be able to, 50 years from now, draw a line back to what we were doing today.”

What are those films? Well, there’s Celia Rowlson-Hall’s Vegas-set, movement-driven religious fantasia, MA, which the MEMORY team boarded in post after meeting Hall on a music video set. “She was still editing, had run out of money and didn’t know what to do next,” says Roch-Decter. “We found additional money for post, got it out to sales agents and programmers, world premiered in Venice and are now getting it out to as many museums and theaters as possible.” In March they premiered Carson Mell’s sly exorcism comedy Another Evil at SXSW and, a few weeks later, Dean Fleischer-Camp’s brilliantly provocative (some would say enraging) found-footage hybrid Fraud at Hot Docs.

MEMORY boarded Mell’s film early on, in development. “We were filming a short, and Carson was acting in it,” Pardo explains. “We were impressed with his vibe on set, and he shared a script he had written. We thought it had a great spirit and didn’t want to send it around for a year and try to get the huge version of its cast. He had a cast he was excited about, so we put together enough financing to shoot it down and dirty in his family’s vacation home.” As for Fraud, MEMORY was already working with Fleischer-Camp on a feature when he pitched them an idea that was, Roch-Decter admits, “a bit of a question mark — 52 minutes of found footage. We got the most effusive festival rejection emails, and now we’re getting great reviews and the most amazing Q&As.”

Prior to MEMORY, Roch-Decter worked for Olympus Pictures and for producer Leslie Urdang, and Pardo worked at Directors Bureau in the special projects division with directors like Gia Coppola. Mike Mills was signed to Directors Bureau, and when Urdang became a producer on his feature Beginners, the two producers first met. “It’s a good pairing,” says Pardo. “Riel has good experience in the legal and agency worlds, and I’ve had a little more boots-on-the-ground production experience.” And despite the pair’s pedigrees at commercial production companies, Pardo says, “We never had the idea of going the commercial music video route. We want to stay in the narrative space.” Adds Roch-Decter, “A director walks in the door, pitches us, and it’s not necessary for us to know exactly where the project will end up.”

In addition to producing, MEMORY is getting involved in exhibition and distribution. “MEMORY Presents” is a short film program they screened in L.A. at Cinefamily and in New York at the Wythe Hotel and that is now available on Vimeo. Containing shorts by Rowlson-Hall, Pippa Bianco, Robert Eggers and others, the effort is, says Roch-Decter, “a great way to build the community we think we are making these films for and with.”

Next up for MEMORY is finishing a feature by a filmmaker who, like the majority of names in this profile, has appeared on the 25 New Faces list: Theo Anthony with his rat documentary, which will world premiere in Locarno. They’re expecting it to continue their string of notable auteur works because, well, that’s the game plan. Says Roch-Decter, “It’s an empowering notion — if you give the audience a certain type of quality work, that’s a business. That’s a MEMORY thing.” — S.M./Photo by Jake Michaels