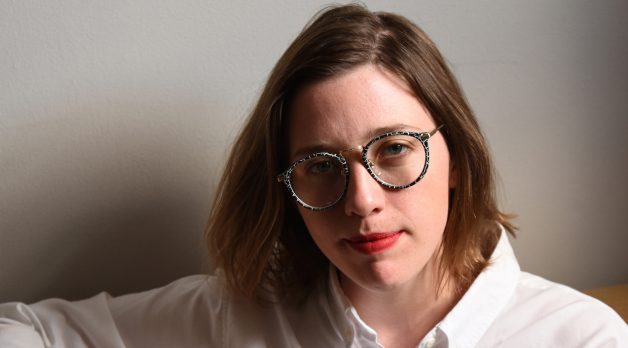 In Chicago-based Nellie Kluz’s documentary shorts — which have played at venues including Rooftop Films, the Maryland Film Festival and online variety show The Eyeslicer — her handheld camera gains benignly curious, nonprying access to events happening largely in public space. Tourists make various pilgrimages, secular (to Cape Canaveral for liftoff) and religious (to see a saint’s remains on display at a church), in the cheekily titled, festival catalogue–baiting Must See. Various players in the tail end of the commodity market for gold in Gold Party include participants in a bizarre pageant show in which businesswomen double as gold-painted models. Participants in an Arkansas passion play feature in her currently being edited Serpents and Doves. There are frequently opportunities for either condescension or too soft a touch, but Kluz’s inquisitive eye captures glimpses of often kitschy or strange events without abandoning well-meaning curiosity.

“The embodied camera is important to me,” Kluz says. “I wouldn’t make a movie about people that I disliked, but it’s okay for me to have ambivalence — where I have some personal connection to people, even if I don’t know what to make of it at the time. It’s almost like a driving force for me.” That open gaze goes back to her time at Boston University, where she was equally influenced by the city’s tradition of verité training from the foundational influence of Ricky Leacock (a professor at MIT) and working at Documentary Educational Resources, a distributor of anthropological documentaries by the likes of Robert Gardner. “I’m not a social scientist by any stretch of the imagination,” Kluz notes. “A good guideline for me is, ‘Can I show this film to the people who are in it? Can they sort of see themselves represented in a way that they would think is accurate?’ Though I’m not a social scientist, having that sort of fieldwork mentality is an important part of the process for me.”

Intended to clock in at half an hour, Serpents and Doves will be Kluz’s longest work yet, and it’s a good example of her approach. Lingering in the wings with the production’s many extras, Kluz captures a sense of a passion play’s true believer fervor that’s not quite undermined by its volunteer players killing time and hanging out in costume. The soundtrack frequently cedes space to participants who speak on behalf of their faith — unsurprisingly, given the setting and conservative temperament of those involved, this can slide seamlessly into Second Amendment talk. The currently completed sections of Serpents give a sense of the flavor of a church’s base as a whole, representing without necessarily embodying their values.

Kluz just completed her MFA at the University of Illinois at Chicago, which “was a very luxurious time-and-space experience to do work.” She’s done freelance advertising and nonprofit work and is open to doing so again, along with applying for grants if she needs to travel. But, she notes, “it’s just me and my car. It’s a very scrappy operation.” — VR