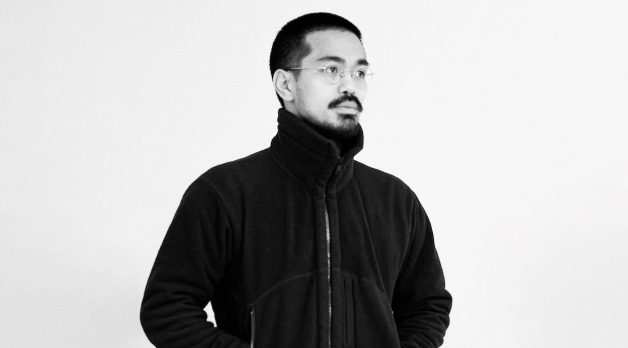 Kei, a young man from Japan, arrives in New York City to help his cousin Hiro and his pregnant wife move to a new apartment in Chinatown. To celebrate, Hiro purchases a live chicken for their evening dinner. Stopping by the new apartment, the two notice an elderly man in excruciating pain lying on the sidewalk below. An ambulance is called, and the man is whisked away, albeit not before he urinates on himself in agony. The event deeply disturbs Hiro, who now wonders whether he can murder the evening’s livestock, after this prompt to reconsider the fragility of life. Then, his wife’s water breaks …

Based on an early 20th-century short story by Japanese novelist Naoya Shiga, Neo Sora’s The Chicken, which had its world premiere virtually at the Locarno Film Festival (and stateside premiere at the New York Film Festival), is never afraid to revel in the messy external fluids that signal the start and conclusion of a life cycle. It also represents something of a homecoming for its director. Having grown up in Manhattan—with a three-year excursion to Japan from first to third grade to visit extended family and develop language fluency—Sora spent much of his teen years attending high school near Union Square and frequenting its Regal Cinema.

When considering college, filmmaking was not Sora’s priority. But once the linguistics professor he wished to study under suddenly retired, Sora shifted to double-majoring in philosophy and film. “Wesleyan has a strong focus on learning filmmaking on film. A 16mm production course had me shooting on Bolexes and cutting on Steenbecks. Celluloid was present at the beginning of my filmmaking pursuits and continues to be,” Sora said, noting that The Chicken was shot on Kodak 16mm film stock.

Sora returned to New York after graduation, wary of the for-hire commercial gigs his colleagues were accepting. He put his bilingual skills to good use, working as a translator and subtitler for several film productions, even occasionally assisting in the editing room on projects such as CNN’s Great Big Story and Wesleyan alumna Lana Wilson’s Japanese Buddhist monk doc, The Departure.

Consistently traveling back and forth between New York and Japan, Sora saw his opportunities grow exponentially. In addition to codirecting alongside international film collectives—Tokyo-based Lunch Bee House’s ethnographic nonfiction study of a native Ainu community in Hokkaido, Japan, is due next year—Sora formed his own film and photography collective, Zakkubalan, with college friend and current film producer Albert Tholen. The duo are at work on Sora’s debut feature, Earthquake. Set in the near future, the film follows the friendship of two young men in Tokyo as their relationship is altered by the looming threat of a catastrophic earthquake. Sora is planning to move to Japan by the end of this year to further develop the project, with the hope of going into production next year.

Sora continues to find his background in language translation as being fundamental to his success. “Translation really informs how I approach cinema,” Sora reflected. “I like to use the following metaphor: It’s as if there’s a screen in between two spaces, and the translator’s job is to take whatever object is on one side of the screen and push it through the screen via the expressing of the object’s contours. But, of course, a translation can never give you full access to what the object is. A film is similarly never able to give someone full access into some other reality. The best the filmmaker can do is provide a description of the contours of this other world.”—EL/photo by Aiko Masubuchi