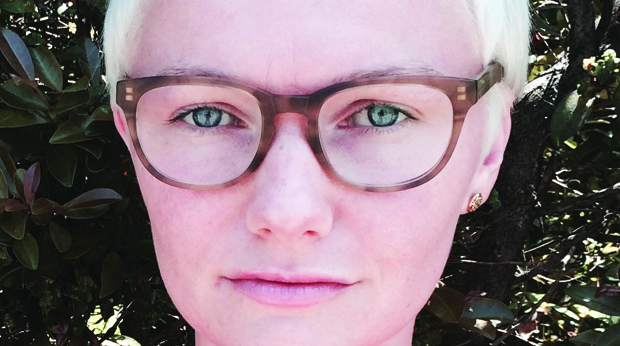 In her hometown of Jackson, Ohio, “if you were a girl, you entered beauty pageants,” says screenwriter Nicole Riegel. “That’s what was expected of you.” When she was 15, Riegel entered one of those pageants, won, but soon became the first local queen to be “dethroned, kicked out.” She explains, “I didn’t want to [enter] in the first place, and when I won I had the opportunity to write a speech. So, I wrote about feeling that these pageants are debasing to young women. As you can imagine, the audience did not find it amusing.” But letters poured in to local newspapers from other young women supporting Riegel. “I knew then that I could write something powerful and the right people who needed to hear it would hear it,” she says.

During high school, Riegel joined the military. She completed basic combat training at Fort Jackson and was a supply clerk, with her unit part of the Hurricane Katrina Relief Effort. After the Army, she decided to focus on writing. “But making a film or writing a screenplay seemed so far-fetched,” she says. Returning to Ohio, she rented a small theater at Wright State University to produce her original plays. Then, moving to L.A., she worked odd jobs and enrolled in the University of California-Los Angeles’s master of fine arts writing program, where she “was able to take the discipline I learned in the military and applied it to writing.”

Dogfight, begun while Riegel was still at UCLA, is her breakthrough script, a riveting tale of two brothers, an older one who has escaped society by joining a meth-producing backwoods cult and the younger one bent on bringing him back. For Riegel, who cites Nicholas Ray as her favorite filmmaker, the story is personal. “It’s very much a valentine to the kids I grew up with in the Midwest,” she says. “Jo [the younger brother] — I was very much that kid, the kid who spoke out.”

Dogfight is a violent page-turner but it still proved to be a tough sell for a young writer. “I was told, ‘These stories you want to tell aren’t very commercial,’” Riegel says. “It takes blind faith and a very stubborn-minded person to turn that away when you’re young, hungry, desperate and broke.” Things clicked when Riegel signed with Nicole Romano at Anonymous Content, her manager at the time. After more script development, Dogfight began to circulate, finally landing on the Black List. In the process, Riegel has honed her pitch with uncommon precision: “Everything I write is about people whose lives are shaped by war and violence, and that ultimately challenges them in some way.”

Riegel, who hopes to direct one day, is currently juggling multiple scripts, including a war story about brothers set in Afghanistan with Cary Fukunaga directing at Fox; a dystopian sci-fi thriller for Mary Parent’s Disruption; a tale of “hotshot wild land firefighters” for Justin Lin; and, at the Sundance Writer’s Lab, her most personal project, Lynch, the true story of captured army soldier Jessica Lynch. “She is this reluctant hero who came of age between two raging wars she didn’t completely understand and was thrust in the limelight of being a poster girl,” Riegel says. “At the time, a lot of people in the military hated her because she wasn’t the lionized violent heroic feature they wanted her to be. I remembering watching her on TV and thinking, why isn’t telling the truth heroic?” — S.M.

This piece was updated after publication to indicate a change in management status. — Editor, 4/22/21