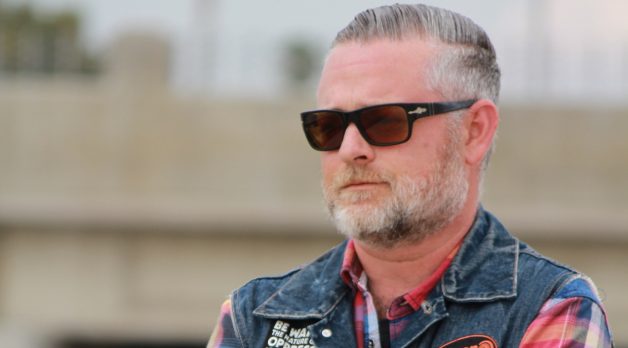 Ricardo Gaona’s Parque Central was sparked from a non-working trip to Guatemala. There, he quickly ran into the city’s formidable array of street and park workers, many of them young children. “Because I wear cowboy boots every day, I was getting hit on to get my shoes shined eight to 10 times a day — mostly because I can’t say no,” he says. At a bar, Gaona listened to some patrons who argued that this labor force was a good thing for the country as it inculcated a good “work ethic” in its youth. During the resulting argument, a worker introduced himself and offered to connect Gaona with the kids. The resulting documentary begins with a wordless, 15-minute introduction of its Guatemalan characters — shoeshine boys, a girl selling braids, a shaved-ice vendor — getting ready for their day before converging at the title site in Antigua. The remaining hour of the brisk, experiential and formidably well-shot (by editor/DP/producer Sean Gillane) documentary likewise mostly eschews words and overt angry sentiments for an immersively stitched-together day-in the-life of the tourist paradise’s most necessarily canny subsistence laborers.

Parque Central isn’t technically Gaona’s first film. Born in Los Angeles to an immigrant mother from Palestine’s Armenian quarter and a Mexican father born in St. Louis, Gaona’s path to this film included time at UCLA, stints working as a PA on music videos and a decade as a personal assistant. During that time, he also made a short film, The Suit, which “started off as this cute little thing that I thought could be done and” (at the DP’s insistence) “turned into two five-ton trucks” and a 50-person crew; as a result, postproduction was skimped on. The short showed at the Cannes Short Film Corner, but Gaona couldn’t afford to attend.

Parque Central takes the exact opposite approach: shot by Gaona and Gillane with assists from producers on the ground, with production started on the director’s own dime and postproduction enabled by a $15,000 Kickstarter. The economic gap between Antigua’s unlicensed street workers (Gaona pays his subjects, in part to mitigate exploitation and the value of any work they may lose) and virtually everyone else in the park is emphasized wordlessly, as in a shot in which a 10-year-old boy shines shoes while trying to not be distracted by the playing children behind him.

The coup de grace comes from voiceover comments from the film’s sole interview proper, with Antigua Tours founder/owner Elizabeth Bell. A resident of the city since 1969, Bell’s condescending, tone-deaf comments attempt to mitigate any claims of class exploitation or racial tension, allowing the film to launch an attack on systemic inequity without resorting to didactic voiceover or musical pathos-underlining; at one point, she observes that “colonialism is not too popular, I would say, in general terms.”

The film has been winnowed down from its original, too-ambitious conception as a three-hour, experimental-leaning doc contextualizing Antigua within the surrounding geographical and historical landscape into its current lean form. With color correction locked by the end of June, Gaona has now turned his attention to finding the right festival to launch at. Multiple future projects, both abroad (in Mexico and Cuba, among other places) and at home in L.A., are being contemplated. — V.R./Photo by Kyle Martin Greer