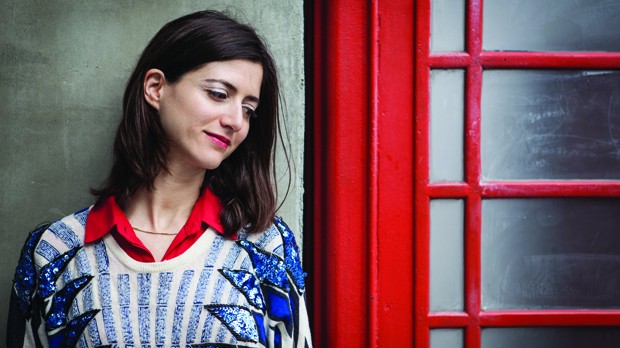 Currently in rough cut, Shevaun Mizrahi’s Distant Constellation places the director/d.p. behind a camera that almost never moves, using duration and unblinking portraiture to relax the viewer’s rhythms to her subject’s pulses. In a Turkish retirement home, time stands still while residents reminisce. Outside, overhanging cranes and desolate construction lots testify to a changing area, but inside the residents are virtually alone with their memories. Slowly, a woman tells of her family’s suffering through the Armenian genocide; an old man lustfully recalls past sexual encounters and reads from Lolita; a now blind photographer becomes the photographed.

A still photographer turned filmmaker, Mizrahi grew up in Boston but often traveled to Turkey to visit her father’s family, discovering the retirement home while exploring Istanbul. She was drawn to the site — located in the Şişli district — in part because inside the light is “ethereal” and the furnishings a time capsule, even as change is seen coming through the windows. The emphasis is on the in-the-moment experience, with the subjects’ sometimes dramatic backstories deliberately omitted. “We didn’t want to do title cards or political issues, even though that could’ve helped us get funding,” Mizrahi says. Or, in Shelly Grizim’s words, “the focus is not on biography but the existential energy.”

A for-hire still photographer for a decade (she began shooting photos on a Pentax when she was 13), Mizrahi went to graduate film school at New York University, where she met her producers, Grizim and Deniz Buga. While there, she was accepted into the Marcie Bloom Fellowship in Film, a networking event held by former Sony Pictures Classics exec Bloom and current executive vice president Dylan Leiner. At one of the monthly meetings, she met guest speaker Edward Lachman and became his assistant for two years, an experience that helped her realize she wanted to turn her attention toward shooting and directing her own work. Filming on Constellation began in 2011 and took place over three summers, when Mizrahi went on an annual visit to her family. Acting as a one-man crew (in part due to lack of funding), Mizrahi only shot for 14 days, with footage captured at a 2:1 shooting ratio. “I work as an editor also, so it was shot to edit,” she notes. “I would set a focal point and then talk to them face to face. The disadvantage is that sometimes the focus goes soft, but the advantage is it remains really intimate in a way that’s hard to achieve with big crews. You start to appreciate the minimalism in a big way. ”

Two weeks after our conversation, Mizrahi returned to Turkey for one final shoot; the plan is to capture more footage, possibly add another character and get the film ready for a January 2016 festival launch. She’s also been working on a hybrid narrative shot in her Greenpoint neighborhood. Inspired equally by Pedro Costa’s stripped-down shoots and Bruno Dumont’s treatment of nonprofessionals, she’s approached an estimated 500 people on the street and asked if they’d like to participate. As Grizim notes, “It’s about a group of security guards that don’t bring security to their company.” — V.R./Photo by Richard Koek