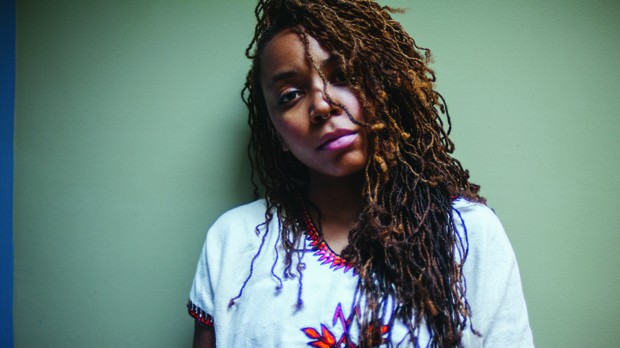 “I like stories about people who do something that everyone agrees is wrong but no one thinks they are wrong in doing it,” says Philadelphia-based writer, director and photographer Tayarisha Poe. “And because I like these stories, I’m watching stories about men, and usually white men, because they’re the ones who can get away with it. But that’s not me and my experience.”

Poe’s charismatic and complex anti-heroine, Selah, is an African-American teen who gets away with it. The subject of not just Poe’s forthcoming debut feature, Selah, and the Spades, but also of an innovative online story told through literature, film, music and striking web design, the character strives, like her classmates, for perfection. Unlike them, however, Selah’s quest takes her into “morally grey areas.” “I wanted to tell a story about a girl who knew what she wanted and told everyone and did it,” Poe explains. “She’s a girl who runs a gang and is totally okay with doing whatever she needs to do to make that gang successful.”

Selah, and the Spades was birthed while working what Poe recalls as a dead-end job at a digital tech lab. “[The job] was making me really angry,” she says, “so I tried to do this thing — turn this story I had written about Selah that was just a few pages long into a film.” She set a goal of writing a scene a day — a stretch that lasted just over three weeks. But it was an exercise, she says, that led to material featured online in what she calls not a blog or web series but an “overture.” “The way it is presented as a chaptered multimedia story — that’s what I’ve been doing since college, probably because I could never fully decide what I wanted to focus on. It’s my way to cheat — write in prose form, make movies and take pictures,” Poe says.

Launched online at the tail end of 2014, Selah, and the Spades quickly garnered attention. Director Terence Nance, who Poe previously interned for, agreed to executive produce the feature, and fellow Swarthmore alumni Lauren McBride reconnected with Poe after seeing the work on the Web and signed on as a producer. (Filmmaker did its part by placing Selah, and the Spades in our winter Super 8 column.) Poe began to envision Selah as a film, throwing out scenes she had written “that wouldn’t work in a feature” and making a significant creative change by shifting the point-of-view from Selah to another woman, Paloma. She prepared further by digesting her influences, which include everything from Francis Ford Coppola’s The Godfather to Geoffrey Fletcher’s Violet & Daisy to her “favorite book in the world,” Fran Ross’s Oreo, about “a bi-racial teenage girl who is black and Jewish who has no qualms about herself. She really informed the character of Selah.”

By the time you read this, Selah, and the Spades should be in the can. But at the time of this interview, Poe is very much in preproduction. “It’s exciting and scary at the same time — talking with a bunch of people who have been kind enough to help,” she says. “I’m making all my fears into questions that can be asked.” — S.M./Photo by Tayarisha Poe