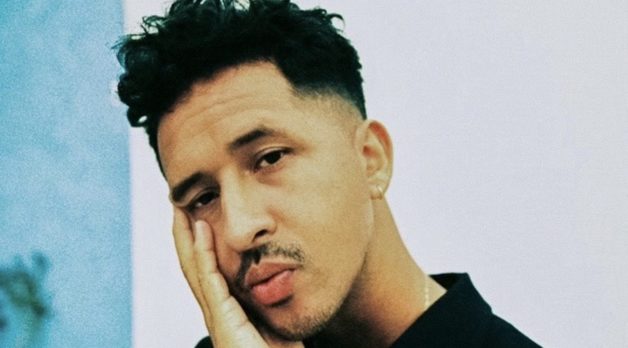 “Delta, JetBlue, Hawaiian…”: Two young boys look up at the Watts, Calif. skies, identifying the logos of the planes that streak overhead. At night, one of those boys, Lil’ Ant (Anthony Harris, Jr.), imagines himself as a purple Pegasus. Gazing at family photo albums, he wonders whether he’ll be missed if he were to just fly away. And while older teens in the neighborhood engage in eerie, choreographed nighttime rituals, outstretching their arms and marching down their sidewalks like planes taxiing on the tarmac before takeoff, a radio broadcast reports news of toxic jet fuel that’s been dumped on the neighborhood.

Poetic metaphors involving flight juxtaposed with the realities of childhood lived directly underneath the LAX flight path define If I Go Will They Miss Me, a beautifully allusive Sundance 2022–premiering short that occupies a liminal space between documentary portrait and magic realist–tinged fiction. With an elliptical structure, in which Lil’ Ant’s ruminative voiceover plays against snapshots of Watts life—faces, families and trips to the convenience store with his father, Big Ant (Anthony Harris Sr.), often captured by Michael Fernandez’s camera in angled shots that reveal as much of the sky as possible—the short is a surprising debut from Walter Thompson-Hernández. His background as a feature writer for the New York Times—his stories include one on Ghana’s albino community and another, now a William Morrow book, on the Black “Compton cowboys” in the wake of the Black Lives Matter protests—might lead one to expect more conventional nonfiction. “I think the natural move would be to venture into documentary work,” he admits. “But I think the work I’m making now is almost like I’m taking aspects of journalism and documentary and applying that to narrative. I call it ‘docu-narrative,’ in the sense that my best directing comes when I’m impacting the story in the least way possible, when I’m using first-time actors to essentially play a version of a life they already live in. It just becomes fictionalized.”

Thompson-Hernández was born and raised in Huntington Park, a southeast Los Angeles neighborhood where, as in the short, planes ascended and descended overhead. “We spent a lot of time looking up—it was the best show around,” the writer-director says. “It’s exciting—I still do it to this day. But there’s a darker side because the planes drop things on us, and we all have asthma because of it. It’s sort of a complicated love story.”

Growing up, Thompson-Hernández says he was “practically raised” by his aunt, a UCLA Italian studies major who “introduced me to all the greats, like Fellini and Rossellini, and The Battle of Algiers, which is one of my favorite films of all time.” Before journalism, Thompson-Hernández studied at University of Portland and Stanford, receiving a Latin American studies Master’s degree from the latter university, then attended UCLA for a year in the ethnic studies Ph.D. program. In addition to the Times, his journalism has appeared in The Guardian, The Root, Remezcla and VICE, among others. In 2020, inspired by Tupac and Dr. Dre’s “California Love,” he produced an eight-part podcast adapting his tales of the city to the audio format. The Dre connection continued when Thompson-Hernández scripted a Beats Super Bowl ad, Made in L.A. “My inner 11-year-old was beaming when that happened,” he remembers.

Thompson-Hernández is currently wrapping up his first feature, which has been shot over two-and-a-half years in Brazil—the same timespan during which he shot the 12-minute If I Go…. Continuing his fascination with the skies, it’s titled Sky Is Blue and is a narrative about a drug boss seeking redemption by mounting a kite festival in his favela. He was thinking, as he says, about the work of Khalil Joseph while making the “visual poem” that is his short, which he says will also be inspired by Charles Burnett’s Killer of Sheep—“a bit more narrative and abstract as well.” A second feature is already in the works, an adaptation of If I Go…, also to be shot in the Imperial Courts Projects in Watts, that “expands on the world of the airline people—mysterious apparitions of people who passed away when an airplane crashed into the projects in 1966.”

“In thinking about my evolution from grad student to journalism to author to longform narrative podcast to filmmaker, it’s been this constant progression,” Thompson-Hernández concludes. “Filmmaking encompasses all the things I’ve worked on in the past seven years. Sound design, writing, character, story arc— all these different [jobs] have allowed me to do what I do now, but it all begins and ends with story.”—SM/photo by Kemal Cilengir