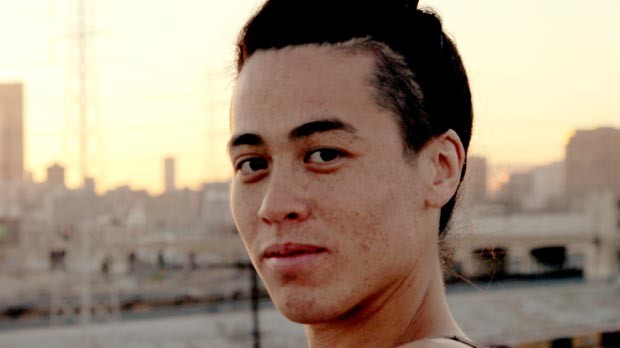 “What does it mean to make a film about a marginalized community?” asks Wu Tsang via Skype from China as he discusses his non-fiction feature Wildness. “So often, the director becomes seen as a representative, an authority on ‘these people’ in the story. With Wildness I had to deal with a lot of stereotypes around trans people, people of color in general, queer communities and nightlife — subject matters that the mainstream has stereotyped views of — and these concerns went into the making of the film. I wanted to be really transparent about the process, and to find a way to keep myself accountable to the communities I was having to represent.”

Tsang’s debut feature documents the L.A. trans bar Silver Platter, a mecca for the immigrant LGBT community for decades, as the filmmaker’s own weekly performance art party snowballs in popularity and threatens to undermine the bar’s status as a “safe space” for its patrons. During this process, Tsang moves from being the party’s co-host to an engaged political organizer exploring new forms of activism surrounding health, economics and safety issues. The playfully engaging film mixes documentary interviews with a layer of fantasy narrative that “grounds the film,” and makes it honest about its own speaking voice. “The more subjective I could be in telling my own experience of the situation, the more ethical I could be to my subjects and collaborators,” Tsang said in a 2011 interview.

A rising star in the art world who identifies as transfeminine and “transguy,” Tsang grew up in Worcester, Mass., and moved to Los Angeles in 2005. He has exhibited his video and performance art all over — including a residency at the New Museum — but Wildness represents his first major contribution to the film world. After premiering this spring at MoMA’s Documentary Fortnight, it traveled to Hot Docs, SXSW, Frameline and Outfest. Throughout it all, Tsang has extended the discourse of the film through other channels. In his Whitney piece, Green Room, he screened a two-channel piece about the bar in an installation space that recreated the Silver Platter’s own green room to provide “a useful and functional space” for the Biennial’s various performers as well as audience members. And on his blog, CLASS, Tsang spotlights trans issues and discusses his affinity with ‘80s New Queer Cinema while forthrightly engaging with critics of his movie.

Moving forward, Tsang says he’ll continue to develop his filmmaking alongside his visual and performance work. “I like to keep walking the line,” he says. “It keeps me honest, needing to contend with such different audiences and not take for granted what I’m trying to say or how I say it.” Next up is a collaboration with writer Nana Oforiatta-Ayim that explores the legacy of the narrative found in Douglas Sirk’s All that Heaven Allows and Rainer Werner Fassbinder’s Ali: Fear Eats the Soul. Says Tsang, “We are interested in the core of that story and revisiting the question of who is on the inside and who is on the outside. We’re using film to address social stratification and romance across forbidden lines.”