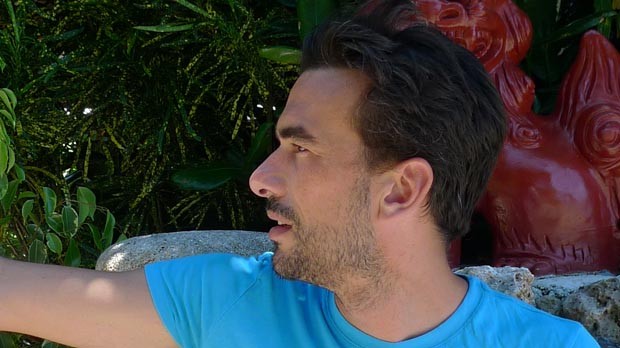 While growing up in the suburbs of Paris, Alexandre Moors experimented with graffiti, a process where “you reinvent or reinterpret your surroundings into your own scenario.”

A prolific music video director, Moors came to his first feature, Blue Caprice, with the heart of a young graffiti artist rather than the brain of a grizzled veteran director. “When I make music videos or commercials, I’m usually extremely prepared,” he says. “I make storyboards for every shot. Here, paradoxically, I went with a freer approach, using a lot of improvisation…I remember feeling like an impressionist painter, taking the painting process directly within nature for the first time.”

That process has already proved successful. Starring Isaiah Washington and Tim Blake Nelson and co-written by Moors with R.F.I. Porto, Blue Caprice was recently selected for the IFP Narrative Lab and is beginning to gather buzz despite the fact that very few people have seen it. The film tells the story of the Beltway sniper attacks that killed 10 people and terrorized the Washington, D.C., area for three weeks in 2002. But rather than follow the large-scale investigation and national hysteria that surrounded the assassination, Moors flips the story inside out, showing what happened from the perspective of the perpetrators, John Allen Muhammad and his unofficially adopted son, Lee Boyd Malvo.

While Blue Caprice‘s narrative point of view may be seen by some as provocative, it is driven by what drew Moors to the story in the first place – not the story’s violence but its mythic undertones. “When I heard they were actually not father and son, that they adopted each other and teamed against the whole world, I thought the story was touching on something very special. The father and son were archetypal figures. The story I wanted to tell has more to do about the education of violence, the misguidance of a father figure.” As Moors points out in his director’s notes, at the same time that Muhammad was training his adopted son, hundreds and thousands of young soldiers were being trained for what was to become a decade-long war in Afghanistan.

Parisian by birth, Moors has lived in New York since 1998, and it’s this sense of familiarity with the country that is not his own that makes him uniquely suited to make film that is also social commentary. “Being a foreigner is a great position to exercise that approach as you get a certain distance from your surroundings.” It’s not a position that Moors takes lightly. “There is a certain sense of responsibility that comes with making a feature film, not only the financial responsibility but an artistic one. You are here to tell the truth.”