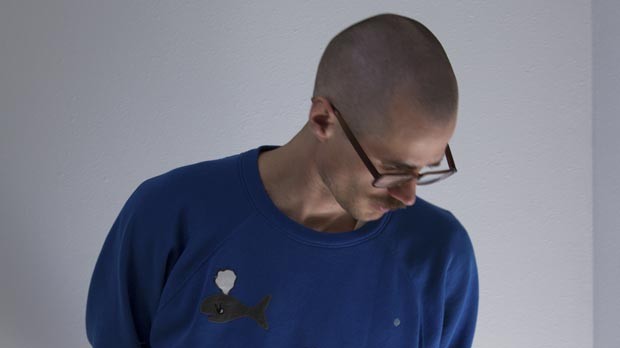 Behind every one of our 25 New Faces is a story and, fittingly, the 25 New Faces list itself plays a crucial role in the tale of Ian Clark’s creative development. In 2007, Clark had just finished a BFA in photography at the University of Montana in Missoula. While at school he had been snowboarding and also making videos of his fellow boarders. However, he was frustrated that they were only interested in him capturing their stunts, and that his attempts at putting a stylistic stamp on the videos were considered an unnecessary embellishment.

Looking back, Clark recalls that the “2007 ‘25 New Faces’ issue [of Filmmaker] was a game-changer for me.” He was inspired by the people and films he read about and even contacted some of the directors, soliciting copies of their movies. One film he particularly connected with was Kentucker Audley’s Team Picture, whose bare-bones, DIY approach proved that no budget was required if will and talent were there.

Rather than becoming a photographer, Clark moved back to his hometown of La Grande, Ore. For three years, he worked as a substitute teacher at his old high school, living simply and saving money wherever possible, making short, abstract film projects and taking photographs. In 2010, Clark took the leap and made Pool Room, a 57-minute movie about Calvin, a scruffy, awkward loner played by Clark’s friend Josh Saunders. Clark – who writes, directs, produces, shoots and edits all his work – followed it in 2011 with Country Story, another hour-long narrative made with friends in La Grande, a film about unmoored, small-town youth that has a remarkable, unmannered authenticity.

“Cinema is another medium just like painting,” says Clark, who is now doing an MFA in digital art at University of Oregon in Eugene. That perspective, and Clark’s gift for image-making, is most fully demonstrated in his latest work, the 25-minute short Searching for Yellow. Looking for a modern-day equivalent of the romantic notion of artists who “would venture out into the countryside and just spend time on their paintings,” Clark constructed the story of a graffiti artist going through a breakup who uses spray cans to literally paint flowers, making nature his canvas. (Clark was also inspired by the story of Antonioni painting trees white while shooting Red Desert.) In the ultra-restrained, pared-down Yellow, Clark’s quiet, lingering shots of Oregon’s sleepy towns and countryside are resonantly, hauntingly lovely, simultaneously intimate and expansive.

In addition to his filmmaking, Clark also jointly programs the East Oregon Film Festival, which he co-founded in 2009 and used to run. Over the past three years, he’s brought indie films like Green, Putty Hill, Daddy Longlegs, Beetle Queen Conquers Tokyo and Bad Fever (which he worked on as a camera operator) to the people of La Grande, just as his work has brought La Grande to indie film viewers. “I feel like small towns get knocked all the time,” says Clark. “But I think they have beautiful places and interesting stories, however small they may be.”