On Decks: The Art (and Necessity) of the Independent Film Lookbook 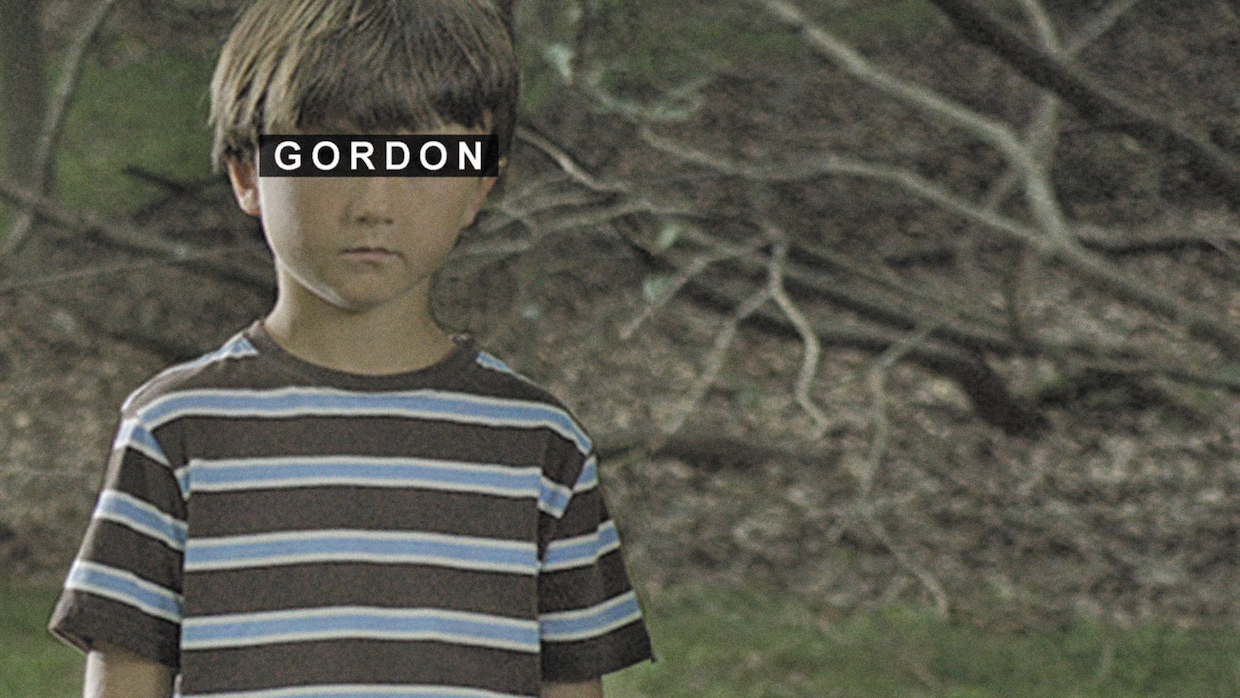 From Laura Moss's lookbook for Gordon

by Meredith Alloway
in Features, Filmmaking, Financing, Issues
on Mar 14, 2019

Lookbooks are an increasingly vital part of the filmmaking process. A good lookbook can make a pitch, just as a bad one can dissuade an investor, producer or financier from a project. Yet the creation of lookbooks is rarely discussed. The topic is missing from the many labs and tutorial programs set up to help first-time filmmakers—even though a good lookbook is perhaps the quickest way for a project to stand out.

Simply put, refined visual knowledge and the skillful conveying of that knowledge is power for a director. When we interviewed Reed Morano last year about her work on The Handmaid’s Tale, she told us her 72-page lookbook is one of the things that scored her the coveted job of directing the first three episodes. She pulled quotes from the novel and combined them on the page with distinct colors, stills and descriptions of her visual approach. “Pretty much exactly what I pitched in the mood book is exactly what I did,” she said.

How do we define a lookbook? Well, it’s a bit fluid, often existing across a spectrum of structure and design choices. They are collections of photographs, visuals, text and information that accompany scripts. Usually, yes, they are a way for the filmmaker or creative team to communicate how the project will look. And while they certainly assist in financing, they are also useful tools for every tier of the creation process: writers, directors, designers, producers, financiers, production companies. They can morph into a living document for DPs, production designers and crew, too.

But how can a book—sometimes printed but often a PDF and somewhere between five and 100 pages—convey the feeling, tone, emotion and eventual actualization of a full-length feature?

A good lookbook presents a clear and compelling vision for the telling of the script’s central narrative. As producer Gabrielle Nadig (Little Woods, King Jack) puts it, her expectation for lookbooks is, “Tell me a story.” Tools range from original photography—see several of the lookbooks in the following pages—to expertly curated film stills to paintings, art photography and drawings. The lookbook for Robert Eggers’s The Witch contained original photography and character sketches as well as reference images from Rembrandt and Goya. For the Sundance hit The Last Black Man in San Francisco, filmmaker Joe Talbot and cowriter and star Jimmie Fails eschewed reference images in favor of their own on-location shots, featuring Fails evoking scenes from the script.

“The one secret is that it takes forever,” filmmaker Alexandre Moors (Blue Caprice) shares about the process of creating his aesthetically stunning lookbooks for proposed films like The Nocturnist and Nebulosa. Drawing on an extensive image bank of hundreds of thousands of images culled from the web, he says many of his books “took years to make” and that it can take “five to six hours to find one page.” The stills Moors uses are selected for visual impact, and the filmmaker, who studied graphic design and has a passion for photo editing, works hard to avoid overused or familiar images. On the page, the images flow in ways that feel both narrative and highly emotional.

Filmmaker Cutter Hodierne made his first lookbook for his lauded feature Fishing without Nets, which won the directing award at Sundance in 2014. For finding images, he says, “My secret weapon is notcot.org.” While search engines can allow for specificity, he finds the site useful in inspiring him with new visual ideas. He also adds that because so many projects with lookbooks often don’t get made—something Moors mentioned as well—“I approach a lookbook as a design piece all on its own.”

Laura Moss, Fry Day director and one of the Filmmaker 25 New Faces of Independent Film in 2017, also spends a lot of time choosing the images in her lookbooks, especially given her production design background. “I collect images obsessively, and I’m in love with certain photographers (Ren Hang, Gordon Parks, Ray Metzker), so the usual suspects tend to make it in there.” She puts her focus more on the imagery than the text when using a lookbook to attract collaborators. “I try to use the minimal amount of words I need to hook them,” she says, adding that her lookbooks aim to provoke their readers to follow up with more questions. “Knowing your hook, and not overstating it, is important,” she says. For After Birth, her upcoming feature, she carefully crafted her lookbook as a companion piece to the screenplay. “While I can’t say that was the deciding factor, I do believe it played a role in attracting Fangoria to the project,” she says, referencing the company that is now producing the film alongside Mali Elfman. Hodierne had similar success: “I sold a TV show with a great lookbook!” His team laid out an interactive website to present the book and the corresponding show bible.

Although many filmmakers assemble the books themselves, designers can also be integral to the construction of a unique presentation. Caspar Newbolt, a designer and director at Version Industries as well as Filmmaker’s designer (along with Charlotte Gosch), has become a go-to for lookbooks in the film community. He’s also known for his captivating posters for films like It Follows, Dead Pigs and Fry Day. Of his lookbook design ethos, Newbolt says, “You simply have to become the film in all that you do for it. To that end, the decision to use, say, handmade elements, isn’t made by me—it’s made by the filmmakers in the film’s script or treatment or mood boards.” Newbolt says he collects the text and images from the director: “Then I see my task really as a children’s book illustrator but with photos, scans, textures and type.” He adds, “I avoid anything that feels like it’s crowding the concept, and where necessary, I throw in paintings, drawings, textural elemewnts or type treatments that I feel might do a better job of supporting the words I’m reading than a still from another film might.”

Newbolt agrees with Moss that sometimes less is more. Exhibiting one image per page can be “conceptually effective, easy to do and above all carries a level of direct emotion that other methods do not.” And when it comes to text in the design, Newbolt says, “[I] aim to illustrate a feeling with my type in lookbooks, almost as if some of the characters in the film had put this book together using the elements they had available to them.”

Nika Offenbach, executive producer and director at And/Or, a creative studio in Brooklyn, agrees it’s all about “cohesiveness of vision” from inception through presentation of the lookbook. The studio takes on everything from pitching originals to branded content to rebrands, and still there’s the through line of communicating a story clearly. She also adds, “Given that there are no new ideas under the sun, it’s important to do the research on similar projects done before that have succeeded or failed.” Showing a lookbook means being in tune with the current crop of projects as well as one’s own. “Present how you see your idea changing or redefining the landscape and outline how supporting this change is of benefit to your perspective partner.”

Christine Dávila, creative executive at Stage 13, a digital-first content brand that is part of Warner Bros. Digital Networks, says, “What makes a good lookbook for me is that the creator is contextualizing the images/references she is using. The more specific and articulate you are about why you have chosen to include each image, the more opportunity for you to articulate the point of view of your story and voice as a filmmaker—which is essential.”

Filmmaker Sean Baker (Tangerine, The Florida Project) has his own collage-like way of pitching. Using other films’ footage, he cuts together a “motion picture lookbook,” he tells us. The imagery is carefully selected and aligned with the tone of the script, and “it has to be tight; it has to play like a trailer.” Along with a script and, for TV, a bible, he shows these video lookbooks in meetings, “and they captivate people,” he says. Like others interviewed here, Baker urges filmmakers to go light on the text: “Keep it as visual as possible, even if you’re giving a paper lookbook.”

Whether a lookbook is made by a filmmaker or a design partner and is purely images and video or contains a director’s statement, bios and other text, each one seeks the same answer: “This is a movie worth making.” Nadig, who has transitioned from independent producing to working as an executive at Beachside Films, says that’s what she looks for in the presentation decks she regularly receives from filmmakers, lab programs, agents and managers. “[The filmmakers] are telling me, this is why I should put money into this project.”

When discussing when to send off a book to execs and producers, Dávila says, “There’s no set rule. It takes less time to flip through a lookbook than [to read] a script, so it could save time for all on that front.” Gus Deardoff, a producer at The Space Program, the production and finance company that co-financed last year’s Sorry to Bother You, agrees. “If I get an email, and the lookbook is really impressive, I’m drawn to the script,” he says. When attending investor programs like Sundance Catalyst, he explains, “It’s also something to take home with you.” Though he may not take copious notes during a pitch, “I go through my lookbooks.” Boots Riley did his pitch at Catalyst, and it wasn’t until Deardoff opened up the Sorry to Bother You lookbook, which filmmaker and graphic designer Yen Tan had laid out, that things really gelled. “It became so clear and interesting and stylized.” He adds, “It really was the lookbook that sealed the deal on the movie.”

Something else for filmmakers to consider when sending around a lookbook is who it’s for. “I do like when it’s tailored to the people you’re pitching to,” says Nadig. If it’s for an investor or financier, include a separate one sheet with top-line budget, production timeline or a thoughtful cover letter. Deardoff says, however, that often the financial decisions fall outside the deck and more in the relationships with the producers on a project. Strict schedules and budgets in a lookbook can often become outdated quickly. “I’ve gotten lookbooks that are three or four years old, and they still have schedules in them. Tenses are very important.” Deardoff says, “You want to strike this balance between clarity of vision and proving to your collaborators you’re flexible.”

Moors tells us about an interview he had for his film The Yellow Birds. He felt it went really well. But even then, he went home and did the first version of the lookbook that same night. The next morning the financiers had a 25-page lookbook on their desk, and all of a sudden, “that’s a tool for them,” he says. “It proved my commitment to the project.”

Being a filmmaker can be elusive and intangible, and, without financing, it’s difficult to actually showcase your craft. But with good lookbooks, filmmakers are able to communicate not only their visions but their creative process and level of dedication as well. Says Moors, a strong lookbook “shows the people you’re talking to what kind of creative you are.”

Case study: A Woman, A Part

Case study: The Mountains Are a Dream That Call to Me

Case study: About a Mountain