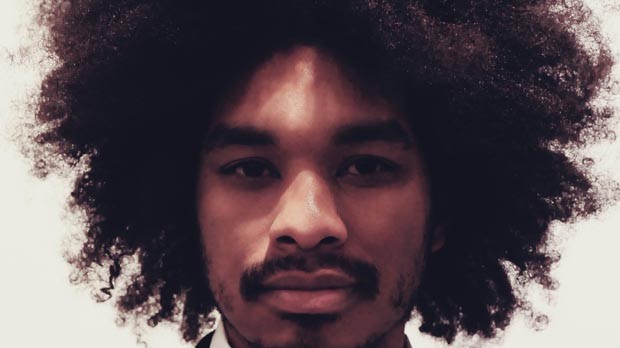 “I call it ‘one-sided nonfiction,’” says Terence Nance about his dizzyingly creative first feature, An Oversimplification of Her Beauty. An indescribable romantic drama with a wonderfully elastic form, the picture finds writer, director and star Nance obsessing over his own stalled, real-life near-romantic relationship with a young woman, the charismatic Namik Winter, who intriguingly plays herself on screen. “It’s what I remember,” continues Nance. “She says in the movie that it’s factually correct. But I’ve put it onscreen to my music, so it’s biased one-way emotionally.”

There’s an American independent history of auteur film as self-analysis, and there have been plenty of indie dramas about romantically uncertain twentysomethings. But Nance’s film feels entirely fresh, like some improbable cross between Charlie Kaufman and the Czech New Wave. Incorporating a short film, animation and Nance’s score, it succeeds in making its writer/director’s obsessive romantic pondering our own. Accepted to the IFP Narrative Lab in 2008, An Oversimplification of Her Beauty received its world premiere in Sundance’s New Frontier section this past January and then continued on to New Directors/New Films.

“I never actually studied film,” says Nance, “but I had it around where I grew up.” The Dallas-born director’s mother was an actress, father a photographer and uncle a jazz musician. “Music, photography and performance — I didn’t know as a kid that those are what make film exist, but I think that’s kind of why I do it now,” Nance says. In college — Northeastern undergrad and NYU grad — Nance studied visual art, and his first film, a short called Exorcising Rejection, was made in a fine art context. How Would You Feel?, the short film that inspired and then became a part of An Oversimplification of Her Beauty, was begun in 2006, and Nance has been working on the combined project since. Of the short he said, “I wrote it in one night. It was very accurate in terms of the real self-analysis I was doing because it was so fast.” Oversimplification, Nance says, was written “in the form of a song: verse/chorus/verse/chorus. It seems freewheeling, but it’s very carefully organized.”

The film’s long, six-year production was, Nance says, “an arduous process” during which he worked on honing his craft. Along the way he made music videos, Web series and artist documentaries, such his most recent, The Triptych, a profile of artists Sanford Biggers, Wangechi Mutu and Barron Claiborne. In the future, Nance says he’s interested in both acting in and scoring other directors’ movies. As for himself, he has a script, Brooklyn is Masquerading as the World, as well as other projects that riff on Oversimplification. “We’re doing a Web series, sort of an extension that takes the video elements and character tropes of Oversimplification into a completely fiction space,” he says. “I’m trying to have it not be bound strictly to my own life. It’s sort of about the Swarm culture that is around Brooklyn and all the love quadrangles and pentagons that form. It will still have that mix of animation — but more hard laughs than my movie.”