Happiness is Overrated: A New Book Examines the Arthouse Sub-genre, “the Feel-Bad Film” 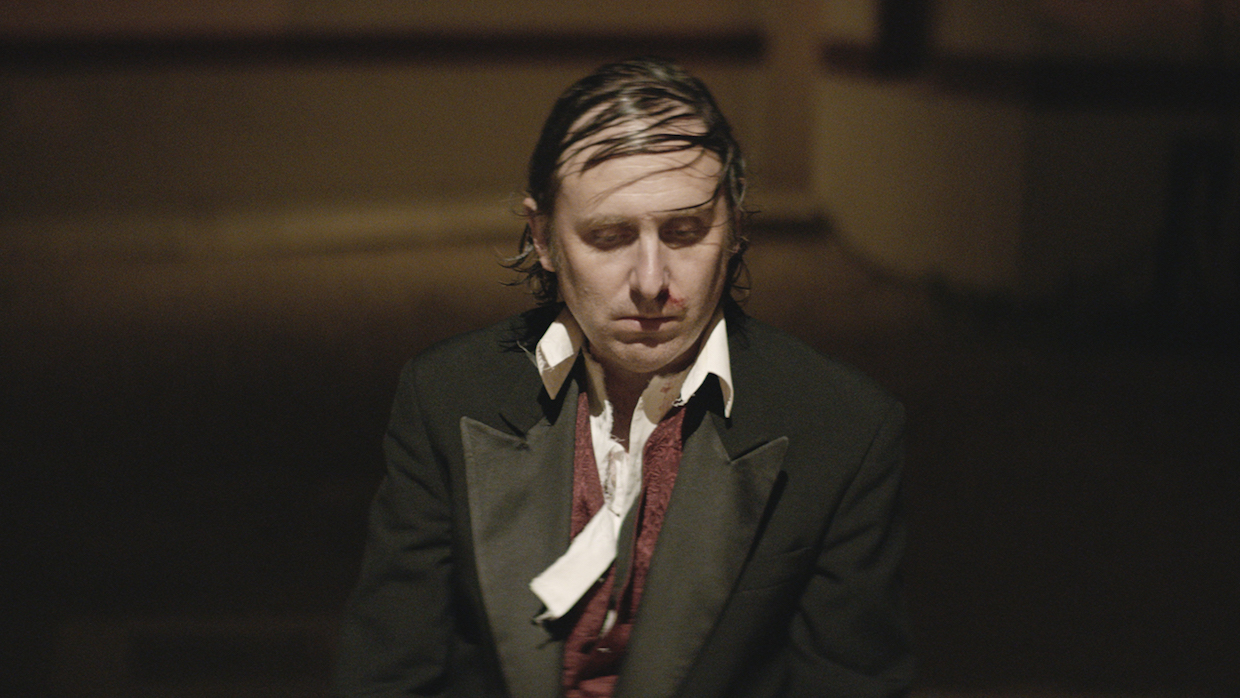 This summer I have brutalized myself with one challenging theater drama after another, and I have been utterly enriched by the truthful and uncompromising bleakness of these experiences. Stephen Karam’s Tony-award winning The Humans is a play about a family that comes together in a crummy New York City apartment to share secrets of infidelity, sickness, aging, unemployment and just overall sadness. It ends not with a resounding “chin up” march into sunlight but with a cinematic, dialogue-free, horrific sequence that plunges us even deeper into the dark than when it started. Watching the play in a crowded theater is not like a group hug but instead a group shudder of fear. Yet, in the end its lucid portrait of life’s struggles and fragility is truly invigorating. Watching this and other plays like Florian Zeller’s The Father, another Tony winner about one character’s descent into the madness of Alzheimer’s, makes me wonder why American independent filmmakers don’t make films as truthful and uncompromising as these plays anymore.

Where have the challenging and serious American indie films gone? Can you imagine an independent film like Carnal Knowledge or They Shoot Horses, Don’t They? getting made today? When did American indie film become the distraction medium rather than the disruption medium? When did American indie audiences become averse to challenging cinema? It is with these questions that I eagerly picked up a recent book, Nikolaj Lübecker’s The Feel-Bad Film (2015, Edinburgh University Press), that seeks to define and explore this most challenging and disruptive of film dramas.

Lübecker starts out asking the basic question: “Why should we teach feel-bad films, why write about them, why make them?” I would add also, why should festivals show them? The answer starts first with the exploration of defining the films that are truly “feel-bad,” as opposed to, say, simply extreme, oblique or ambiguous.

The feel-bad film, as opposed to the sad film, is the film that produces a desire in viewers but then deliberately blocks its satisfaction. It does this by refusing to allow easy analysis and, in some cases, by actively resisting audience engagement (see, for example, Gus Van Sant’s Elephant). Or, in the case of assaultive films like Twentynine Palms and Funny Games, provoking the audience through graphic brutality and violence, blocking viewers’ identification with their characters and refusing to offer a cathartic conclusion so as to force viewers to challenge the films’ value systems and moral and social assumptions. (Lübecker offers up a counterexample in Steven Spielberg’s Saving Private Ryan: “It moves us, but it does not make us think about our moral frameworks; it mesmerizes and pacifies.”)

Broken up into three chapters — “Assault,” “Unease” and “Transgression” — the book offers insightful analysis of some key films of the genre, such as Dogville, Funny Games, Elephant, Twentynine Palms, Innocence, Redacted and Trash Humpers. It defines sub categories — the suspension film, the assaultive film, the desperation film — and it serves up digestible interpretations of the spectator-driven theories of everyone from Aristotle to Artaud, Brecht through Rancière. Throughout the book Lübecker makes the case for the humanitarian purpose of these films and how a film like Pasolini’s Salò may appear on the surface to be a celebration of fascism, yet its intent is the opposite. Its existence in the world widens our ability to confront and acknowledge that such behaviors or impulses are closer to the surface than we may want to at first admit.

Lübecker also looks at some of the feel-bad films within the more typical context of old avant garde theories, such as the strategy that transgression leads to transcendence. Harmony Korine’s Trash Humpers and Lars von Trier’s The Idiots, for example, may on the surface be a celebration of anarchy, but the films do not fully endorse anarchy as a path to emancipation. Rather, they question this strategy and show it to be its own trap. Trash Humpers can be seen as more of a challenging conversation with this older avant garde strategy through its denial of the viewers’ progressive expectations. At the end of Trash Humpers, the characters move on to actions that are completely antithetical to any socially conscious revolutionary agenda.

Though I was fully engaged by the experience of watching films like Dogville and Elephant when they came out, afterwards I felt that von Trier’s Dogville was a simplistic anti-American rant — a failed and facile attempt at using Brechtian devices to activate an audience through anger. Likewise, Elephant for me was a film that was too cool to really get under the skin of its attractive actors, who were staged in fashion-like poses of alienation. I initially thought that the distance between us and the actions of the characters was in itself a strategy to activate the audience, but I didn’t seem to have been shown any path to counter their dead-end nihilism. The film left me cold.  But through Lübecker’s insightful analysis I came to realize that Van Sant’s denial of a cathartic ending was in itself a deliberate strategy that should have had me question my own initial needs and assumptions about the material and subject matter. I wanted a film about this subject to guide me toward some deeper insight about youth and violence, and because it did not do that I rejected the film. In fact, Lübecker calls it a “suspension film” because he wants the audience to suspend its need for easy explanations and instead recognize that our need for answers may lead us to false conclusions.

On the surface, many of these films may appear to endorse or even encourage unethical behavior. Lübecker makes the case that because these films deny catharsis and viewer pleasure, they are pursuing a strategy that is different from that of standard politically minded films that state their agenda through the journey of a hero with whom we are intended to feel empathy. In these feel-bad films, the denial of pleasure actually encourages viewer participation by pushing viewers to resist the unethical behaviors and moral perspectives of these characters. The key point here is that in order to understand how these films work on an ethical level, the audience must “… allow for an asymmetrical relation between the ethical standards inside the cinema and those outside.”

Who is this book for? Who reads this type of in-depth genre analysis, besides students or academics? There was a time when film fans read books that increased their understanding of their favorite films, but I think that audience has gotten pretty small, if it even still exists. The Feel-Bad Film is not dry or overly didactic — it is rich and dense with insight and original concepts — and it is not a hard read. But if there is barely an audience for these challenging films, who might be the audience for a book about them?

Well, I can suggest one group for whom it’s a must read: film festival programmers. If you are a programmer who did not show Rick Alverson’s recent film Entertainment or Tim Sutton’s new Dark Night because you were afraid you would not be able to defend the film to an angry board member, then this book is for you. The book clearly and cogently makes the case why films that challenge our ethical and moral frameworks contribute to a richer culture. I would go so far to also recommend that the book should be sold at festivals, right next to the festival T-shirt, coffee cup and beer cozy.