“I Felt Freer on This Film Than I Ever Had Before”: Writer/Director Alison Maclean on Her Acting Drama, The Rehearsal 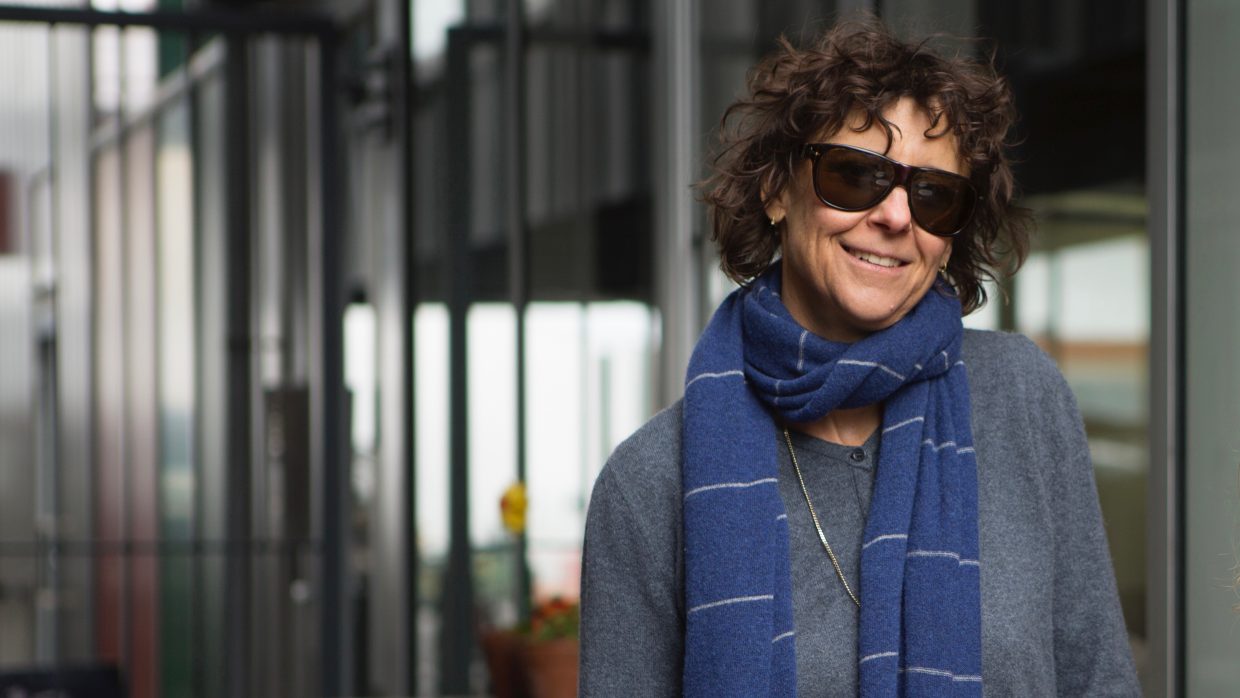 by Taylor Hess
in Director Interviews, Festivals & Events
on Oct 19, 2016

Drama teachers will command their students to roll around studio floors in all black outfits to loosen their bodies. Training for an emerging actor is often technical, involving a long and difficult process of deconstructing what it is to be human. It’s this concentrated discipline that’s the backdrop for Alison Maclean’s newest feature, The Rehearsal, which recently played the Main Slate of the 54th New York Film Festival.

“It’s ironic that I wanted to make a film about the acting process because that’s the aspect of filmmaking I’ve always found the most challenging,” said Maclean. “I’ve wanted to go deeper into it just to get better at it.” The Rehearsal follows a first-year acting student named Stanley caught in an ethical dilemma about his girlfriend’s family scandal and his drama school performance art piece.

Maclean and screenwriter Emily Perkins adapted the story from Eleanor Catton’s debut novel of the same title, published first in New Zealand in 2008. Catton’s follow-up book, The Luminaries, went on to win the Man Booker Prize in 2013. Maclean has adapted literary fiction for the screen before — her previous feature, Jesus’ Son, was based on Denis Johnson’s acclaimed collection of short stories.

In the 17 years between features, Maclean has made several short films and a documentary called Persons of Interest, about New York Muslims detained on immigration charges after 9/11. She’s also directed for TV, including episodes in Sex and the City, Gossip Girl, The L-Word, and The Tudors.

You grew up in New Zealand, having moved there from Ottawa when you were 14 years old. How did you first get into filmmaking?

I’ve had sort of an unusual path, I guess. I went to art school in Auckland and studied sculpture. Then in my final year, I worked as a trainee on a film and thought it contained all my interests and everything that’s exciting to me about storytelling and people. I made my first short in the sculpture department and did everything, including processing the film myself. New Zealand was a great place to get started because they have very generous short film grants. I didn’t go to film school but I made four shorts and taught myself that way. The last of them was Kitchen Sink, which opened a lot of doors for me.

Then you made your first feature, Crush, which played at Cannes in 1992. And then you moved to New York?

Yeah, oddly in hindsight, I got a development deal with Disney’s Touchstone Pictures. I read a lot of scripts and they brought me to New York to meet writers like John Gregory Dunne. I loved it here and just impulsively decided to move. I had a rosy-eyed view about what it would be like to live here and work as a filmmaker but it got a lot harder after that year was up. I managed to survive by writing scripts and eventually doing episodic television work. It’s been a long time between features for me.

For years you worked on television shows and commercials. How does it feel to be back in the festival circuit?

It’s bringing back so many memories. I always enjoy the encounter with the audience, but you don’t want to get so derailed that you drop your own writing. I’ve learned a lot making television and commercials; it’s kept me afloat and working as a director but I’ve let long periods go by where I wasn’t doing my own work. It’s been a very long gap since Jesus’ Son, and I’m really hoping I can make films more frequently now.

What would you tell your younger self, fresh out of 1992 Cannes?

Keep making things. I think I got a bit lost in development and the endless, numbing process of casting and waiting for actors, which can be quite demoralizing. It’s easy to lose momentum. So, I guess I’d say it’s important to have more than one project and to keep making shorts, even really small ones, to continue developing your ideas as a filmmaker. There’s nothing like doing self-generated work and truly following your impulses.

What do you think your younger self would say to you now?

Don’t get stopped. I’ve had periods of great confidence and periods where I’ve lost that somewhat. It felt great with this film to rediscover some of that fearlessness, even recklessness, I had in my twenties.

You felt confident working on The Rehearsal?

I felt freer on this film than I ever have before. I took more risks and did a lot more improv on set. There were a lot of surprises, and that’s always my favorite thing, to be surprised. I’m a bit of a magpie in that I’m constantly watching people, including the actors when they’re not acting, taking notes and finding ways to incorporate behavior or lines of dialogue into the scenes.

Is this process different from how you direct for TV and commercials?

As a director you have to read situations and be smart about navigating the world you’re working in. I’ve learned a huge amount from the discipline of commercials and television. But the bottom line is that I have instincts as a director, and I can’t really do it any other way, though my way of working with actors keeps evolving.

Having lived in New York for the last 25 years, how was going back to New Zealand to make The Rehearsal?

It really is a different country from the place it was when I lived there. It’s so much more diverse and sophisticated now. I’d go to a party and there’d be a room full of people I haven’t seen in 25 years. It was wonderful, that experience of being in a place that’s so deeply part of me and familiar, yet completely changed. I had a special experience and was lucky enough to have one of the best crews I’ve ever worked with. It wasn’t just a job for people. Everyone did this project for the right reasons.

Is New York the most familiar place to you now?

I feel at home in New York. I always felt like a bit of a transplant in Ottawa because my parents were from New Zealand, and I think I’ve always had a kind of inside/outside perspective my whole life. But I feel a part of a community here — not just a film community, but a community of like-minded creative people.