Can There be an “Indie Netflix”? 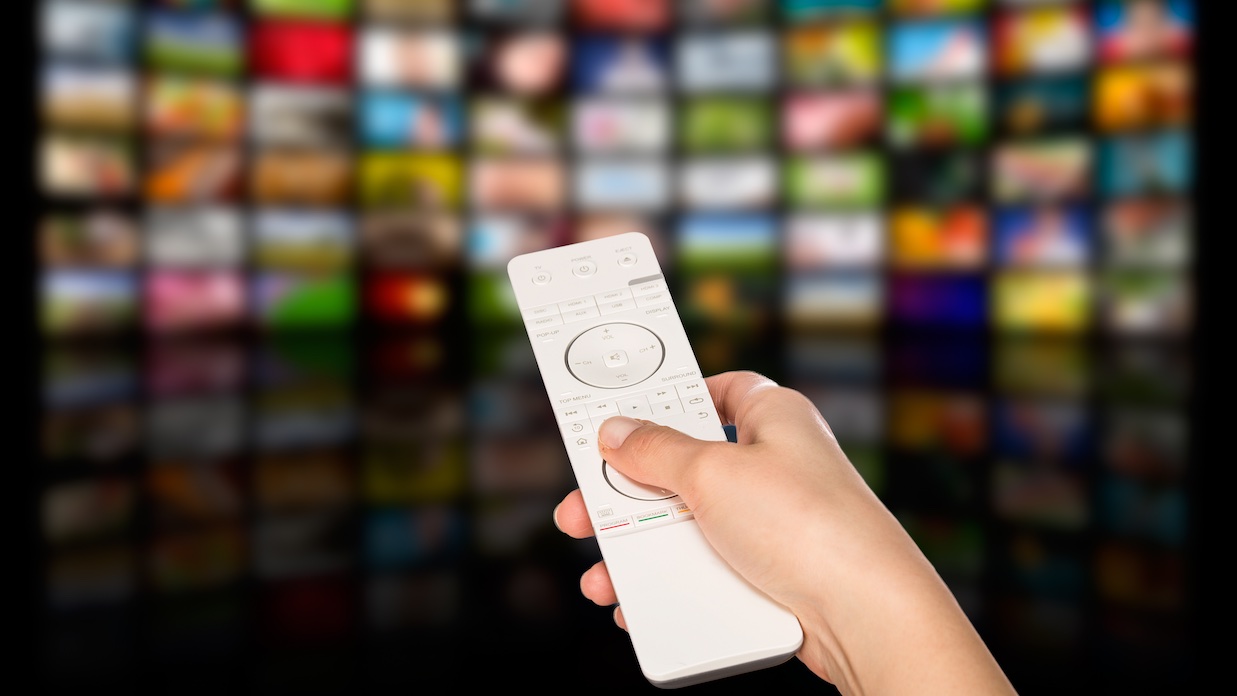 by Jane Schoenbrun
in Columns, Distribution, Filmmaking
on Nov 7, 2016

If you happen to be a fan of either (1) the Chicago Cubs, or (2) subscription-based VOD streaming platforms, it must be a pretty exciting time to be alive.

Last Tuesday saw the launch of FilmStruck, a new subscription-based streaming platform (or, “SVOD Platform,” a term coined by industry insiders who own nice hats). The goal of this platform? To cater to arthouse audiences underwhelmed by Netflix’s dwindling selection of classic films. With the combined muscle of TCM and beloved DVD imprint The Criterion Collection behind it, FilmStruck launched to a buzzing New York Times piece, copious social media fanfare, and a digital binder of strong week one press. The service even experienced a launch day bug caused by an unexpected high volume of new user signups. That, my friends, is a good bug to have.

But FilmStruck has been far from the only new streaming platform making moves. On Thursday, Vimeo announced plans to invest “tens of millions” in their own mysterious new subscription-based streaming service currently in development, representing a move away from their previous focus on transactional digital distribution (or “TVOD,” as it’s known by industry insiders who own nice hats).

Meanwhile, earlier this month, AMC Networks’ Sundance Doc Club, a niche documentary subscription platform launched a few years back, rebranded and relaunched as SundanceNOW. This new, less-doc-focused iteration carries a substantial library of indie film and foreign TV offerings and is positioning itself as similar in brand to sister company SundanceTV.

Meanwhile, Fandor, one of the longest running “Indie Netflix” options on the market, announced that their service will now be offered to Amazon Prime subscribers at a discounted rate, a move clearly designed to align the fledgling service with a media giant in an effort to boost subscription numbers.

And that’s not all, folks… because these new (or rebranded) streaming platforms, all of whom cater to the same general “film nerd” audience are entering a marketplace already crowded with options. And I’m not just talking about the “big four” streaming giants (Netflix, HBONow and Go, Amazon Prime and Hulu), though it is worth mentioning that all four of those services are already streaming plenty of “indie” movies and thus also competing on a large scale for dollars and subscribers with the smaller options.

No, there are even more niche players in the game, many of them already owning the “Netflix for indie film” elevator pitch. There’s Tribeca Shortlist, which is pretty much identical in brand and mission to SundanceNOW, but with a different library of films. There’s MUBI, whose curated “30 movies in 30 days” approach is meant to create scarcity and cater to a film nerd’s collectors mindset. And move outside services that speak directly to the “indie film” demographic and you’ll find even more options. Like Shudder, the “Netflix for horror.” ComicCon HQ, the “Netflix for geeks.” Seeso, the “Netflix for comedy.” YouTube Red, the “Netflix for YouTube with a name that kind of sounds like a porn site.” Or FullScreen, which… can anyone tell me what FullScreen is the Netflix of?

If you subscribed to all of these services, you’d be paying $111.91 a month for streaming videos, and you, sir, would officially be a crazy person.

Indeed, it doesn’t take an economic expert to point out that there is clearly a glut of companies with the same general product gunning for the same general market. And thus, even I, a lowly film major, can tell you that it’s going to be a challenge for all of these platforms to remain stable. Remember when BluRay and HD-DVD came to market at the same time, and everyone spent a year betting on the winner? It could turn into that, except this time there’ll be eight options, and hopefully much less arguing about stuff like wavelengths.

So which, if any, of these “indie Netflixes” will survive? Which will ultimately be crowned the champion of the Great Niche SVOD War? It’s hard to place bets at this point, especially so early in the lifecycle of many of these services, and especially without data on subscriber rates and what those subscribers are watching (which, it’s well known in the business, if any platform ever shares such numbers, they will immediately turn into a pumpkin). I’ll point out that SundanceNOW and Fandor have the most Facebook fans, but they also had a head-start. And what do Facebook fans mean anyway?

Based on hype alone, the media (and my newsfeed as well) seems to have placed early bets on FilmStruck. That’s likely due to Criterion’s involvement — indeed that company has about as passionate a fan base and respected a brand as any in the arthouse realm today. But at the same time, $10.99 a month is kind of a steep subscription fee (even for premium content). And let’s be real — the marketing meeting that begat the name FilmStruck was nobody’s finest moment. (“When people use our service they’ll say, ‘Wow! I’ve struck film!’”)

But names aside, all of these companies are making the same general presumption: that there’s an audience of indie and arthouse film fans out there dissatisfied enough with the big four streaming options (Netflix, Hulu, Amazon, and HBOGo) that they’ll pay a monthly fee for an alternative,

How easy is that going to be to do? Well if you saw my recent piece about how “independent film” is a meaningless term with no actual fanbase these days, you can probably guess at how tall a wall I believe an “Indie Netflix” has to climb. Coupled with the fact that monthly subscription fees present a huge barrier of entry for people to even begin interacting with the product, and all of a sudden that first wall is surrounded by a paywall. And it just keeps getting taller and taller when you consider that most of these companies’ business models are primarily focused on curating existing content rather than producing new, original stuff. There are only so many ways to package and repackage the same indie cannon. And as holistic and ever-growing as the Criterion Collection might be, will FilmStruck be able to keep excitement steady once this original round of buzz wears off?

Ultimately, it’s going to become a question of which of these platforms can develop a unique, beloved, and ever-expanding brand. Streaming platforms these days aren’t about stagnant or impressive libraries. They’re about buzz. They’re not what about what you’re watching. They’re about what you’re watching next. The reason you keep seeing those “What’s Coming to Netflix in November” articles in your newsfeed is because you keep clicking them.

The major streaming platforms know this very well. And they know that the fastest route to establishing buzz is through original programming. Netflix’s massive investment in original movies and series isn’t just about gaining content, or providing value to their subscribers. Original content — ideally really good original content — allows them to establish a clear brand, stand out from the pack, and give their subscribers reasons to stick around. They’re no longer a cold, anonymous algorithm. They’re the people who made The 13th and Stranger Things.

Think back to those early days of basic and premium Cable. That glut of TBS, TNT, AMC, USA-type networks all competing for the same general crowd, all showing the same general reruns. Think about how on the pay cable side HBO, Showtime, and Cinemax were all kind of doing the same thing with film libraries. It wasn’t until Mad Men came along that AMC really established a brand for their network. It wasn’t until The Sopranos that HBO truly became perceived as the gold standard in cable. Both of those were gutsy, risky shows to greenlight. But they ended up establishing the brands of the networks. They put them on the map.

If these new indie streaming platforms want to compete or truly differentiate themselves, chances are they’ll need to follow a similar model. They won’t have budget on their side (how can anyone compete with Netflix’s $6 billion investment in original content?), so they’ll have to get smart and adventurous. To take creative risks and hope they pay off.

Or — one can imagine other paths forward, most of them involving fun things like mergers and acquisitions. Perhaps Fandor’s move to partner with Amazon Prime will be the first of many such deals, as, rather than compete, these “Indie Netflix” options get swallowed up in a kind of opposite mitosis or streaming platform update on the traditional “cable package” model.

Or, hey, you might begin to see these companies getting creative about their business models, avoiding the audience limitations inherent in a monthly subscription fee by adopting Amazon Prime’s business plan, where subscription is coupled with a service folks are already paying for (in Amazon’s case, ultra-quick diaper delivery). This adds value to an existing offer and delivers an already cultivated audience to the streaming platform from the get-go. I’ll wager a guess that this is the move Vimeo is at least partially planning with their new service. Or at least they should be considering it, since they’ve already got, like, 700,000 customers paying to upload their password-protected festival submissions to the platform. (Oh, your password is the name of the street your main character lives on. Cute.)

Or one can imagine this whole conversation becoming sort of moot as the divide between traditional cable packages and app-based streaming boxes like Roku and AppleTV becomes more and more artificial. When the day comes that consumers can watch HBONow, HBOGo and HBO (or SundanceTV and SundanceNow) on the same box, wouldn’t corporations logically start simplifying their offerings?

The bottom line is that everyone in this space is in the midst of an uncertain, rather awkward adolescence. It’s freshman year of high school, and whether you’re the most popular kid in class or a new student that no one is paying attention to, you’ve got a long road ahead of you.

It’s unlikely that the entire class is going to make it all the way to graduation. And as for the ones that do? Once they’re through puberty, they probably won’t look or sound anything like they do right now.