“Profound Communication Only Happens When There Is Persistence”: Director Pamela Yates | 500 YEARS 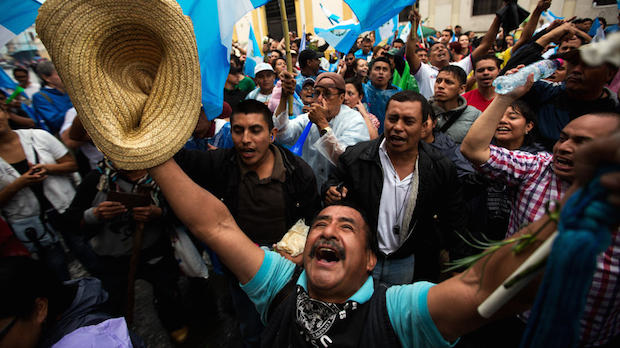 I often ask myself, how does each of us weave our own responsibilities into the pattern of history? How can I tell stories about human rights and the quest for justice yet engage people who are uninterested or apathetic? And the answer has always brought me back to this idea of the persistence of vision. Just as in cinema, believing that we will create a new art, and with it the possibility of transformation comes from this concept of 24 frames per second that from static images (things the way they are) comes movement (change).

Profound communication only happens when there is persistence — staying committed to people and places where we once made films. In my case, 500 YEARS is the third film in the Guatemalan trilogy, which began in 1982 with When the Mountains Tremble and continued in 2011 with Granito: How to Nail a Dictator. 500 YEARS (2017) takes up the story where Granito left off.

This persistence has allowed me, and our ensemble team of 30-plus years, to evolve a much deeper collaboration with the protagonists of our film. We reject “extractive storytelling” — mining stories of others to further a career, with no thought as to how those who appear in the film can contribute input to ideas as the film is being made or can participate in the outreach and engagement as the film goes out and lives in the world. We ask and create answers to how do we as filmmakers give back to the people and communities where we have made these films? Perhaps because there is a chasm between indigenous and western cultures, I have always needed that input, and it has certainly made the films much richer, and the impact deeper.

Persistence can also mean that your film becomes part of the zeitgeist. As we were finishing the post-production of 500 YEARS with Mayan resistance at the core of the story, the water protectors at Standing Rock began protesting the Dakota Access Pipeline. Suddenly, indigenous rights and the defense of the land became part of our national conversation, which will be a great help in making 500 YEARS available by working with the indigenous environmental movement that stretches across the Americas — from Canada to Tierra de Fuego, the southern tip of Chile.

And in 2017, I’ll be touring with THE RESISTANCE SAGA, which is an immersive cinematic event that includes all three Guatemala films, When the Mountains Tremble, Granito and 500 YEARS along with Mayan singer/songwriter Sara Curruchich, different protagonists from the films across the years and environmental defenders. The idea is catching on and THE RESISTANCE SAGA is already booked in cinemas and festivals in London, New York, Madrid, and Oregon.