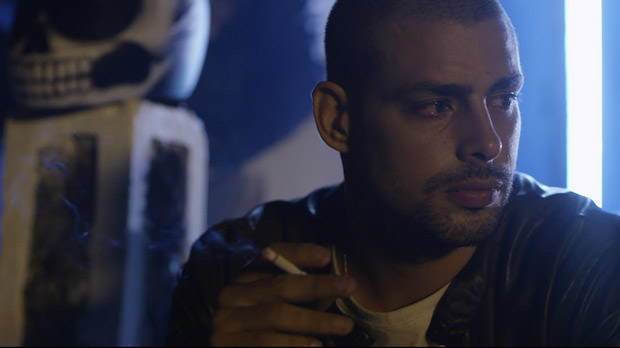 I was in a small town on the border of Brazil and Paraguay, trying to convince locals from both sides to work with me on a film, a poetic tale that would bring together actors and non-actors from two areas sharing memories of a war. The effects of the Paraguayan War have lingered and neither side trusts the other.

How would it be possible to convince the people to make a fiction film about a forgotten region and using both languages (Portuguese and Guarani)?

I’ve spent four years visiting the town, talking to people and finding the right actors. I walked down the dark roads and streets trying to make friends anywhere I could find them all, in the hopes of getting them to believe in my idea. The best example was the way in which I found lead actress Basano La Tatuada; I met her while she was walking down the street, very much trying to keep to herself. After months of talking, meetings, rehearsals, one day she pulled me aside and asked to talk. Basano told me that she was feeling deeply touched by the story we were trying to tell and has dreamt of this happening one day. I cried when I got back to my hotel that night. I felt that, somehow, I could communicate with her Guarani memories and teenage affections and could finally expand the crew.

That was my challenge all along. Somehow trying to bridge the gap between the two groups on opposite sides of the border.