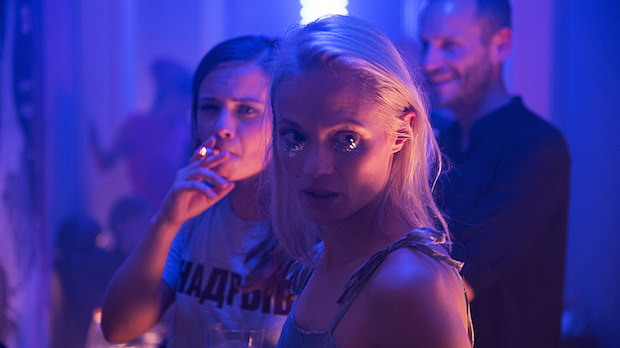 Axolotl Overkill is about a 16-year old girl, but was never supposed to be the typical coming-of-age odyssey that shows a teenager who struggles with the world just to find her place in it in the end. We always felt like we needed to do something different and to really make it relatable to how a young person feels – instead of showing her from the outside and making audiences feel distant to the story or character. Instead of having, for example, a close-up of Mifti with sad music in an emotional situation, I would always opt for a neutral wide shot – because the emotional manipulation that you find in almost every film does not represent adolescence. People need to decide on their own what to feel in which scene, just as a teenager – who is affected by so many contradictory influences – reacts to situations in a very personal way.

It’s hard to push something through that may not seem “reasonable” – and it’s also hard to deal with the fact that many people see the film and only notice that it’s full of mistakes. Yes, it is, but life is full of mistakes, and mistakes are what make life interesting (or exciting, at least). I think this is a big misunderstanding that I was confronted with during the making of the film. “You got it all wrong, a film is not supposed to be like this.” I heard this sentence so often and it was hard to argue against it – not because there weren’t any arguments but because many people are stuck in their conventional viewing habits. Discussing whether a film is good or bad, interesting or exhausting, substantial or boring is fun – but it stops being productive as soon as it’s just about whether it is “right” or “wrong.”