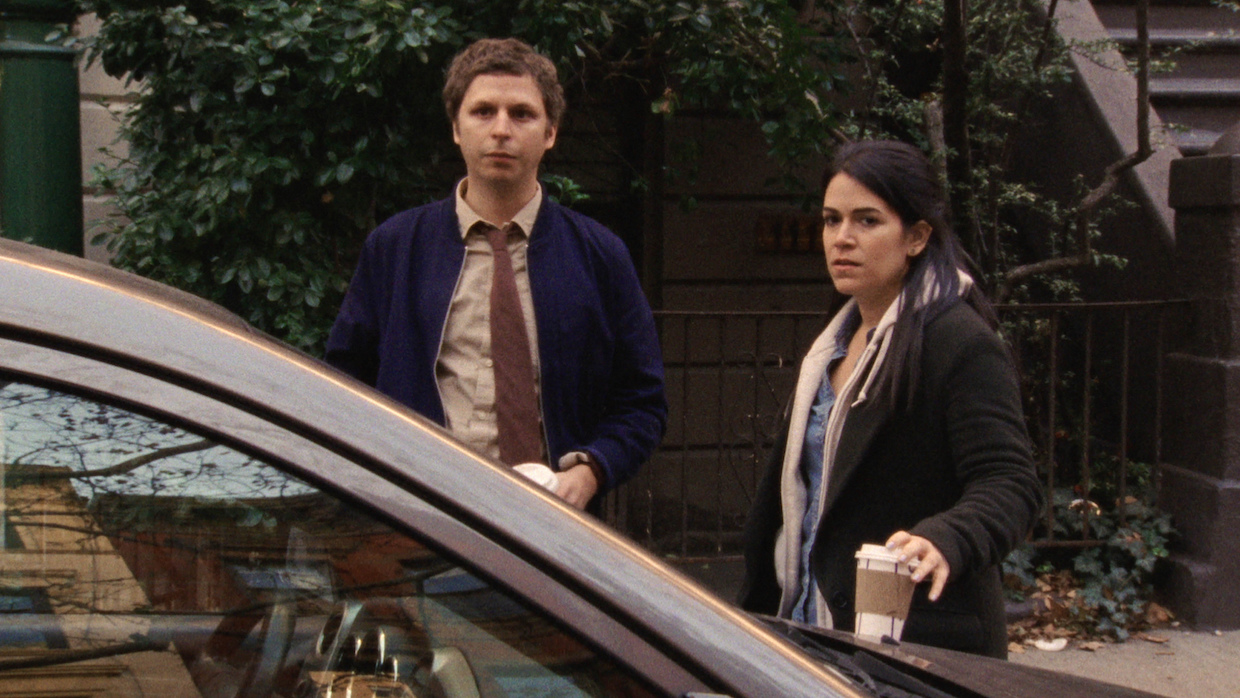 For a few weeks now I’ve been preemptively writing bad ledes for Sundance write-ups/reviews in my head. Such as:

And so on and so on, quite satisfactorily, with the illusion of topicality thinly sustained. If you have Facebook friends who make films, especially documentarians, you’ve already probably been reading months of circular/self-serving rhetoric about leading the charge, reaching out to the marginalized, etc. The saddest, most honest thing I’ve heard so far during my short time here is an admission from a critic colleague that they planned to see Trumped — the hastily added, politically suspect doc about Our New President — not out of deep curiosity, but for SEO-gaming purposes.

But I can frame Sundance through Trump for a very specific, practical reason: he’s the reason I’m late and had to rearrange my schedule. My flight out of LaGuardia was delayed: first by a piece of concrete missing from the runway, then the takeoff of Air Force Two on the way to the inauguration. This is, strictly speaking, not a partisan issue: it’s standard protocol for Air Force One/Two to supersede all other planes on the runway, which must stand down and wait. My initial instinct was to blame this all on Trump, the same way that his clogging up business around Trump Tower is definitely his fault, but I was ill-informed: every airplane/airport employee handling me after a missed connection in Chicago noted that this was a presidential problem on a regular basis. So it’s not Trump’s fault, and I was my own source of, er, fake news. There’s a lesson in here somewhere, but I’m not too interested in unpacking it, and it had the salutary effect of meaning I was flying during the inauguration and unable to wind myself up further by watching it. Anyway, that’s my Sundance Trump story — onwards. (This is also the time to note that for whatever reason, Sundance has heavily backloaded the titles of interest to me to not premiere until Sunday or so — expect coverage to get heavier then.)

Dustin Guy Defa’s Person to Person is an all-star remake/expansion of his short of the same name, with delirious cast juxtapositions — Abbi Jacobson facing off against Philip Baker Hall in multiple scenes — that would alone intrigue even if Defa wasn’t a general subject of interest. There are multiple storylines, some of which converge but not all of which are required to, leading to a general sense of relaxation. The most complicated of these has Michael Cera’s crime reporter + new assistant Jacobson looking into a murder, which leads them to clockmaker/repairer Hall’s shop and the elderly cronies who hang out there. Cera likes to crank up the metal in his car and fiercely shout along, a recurring gag playing off his putatively mild screen image (which he’s already mussed up plenty at this point — his turn in Crystal Fairy & the Magical Cactus is a fairly definitive study in the Ugly American abroad). It’s not as funny as the film seems to think, and in fact Person to Person is better when it’s not trying to go for a big laugh.

The connecting theme of each storyline is betrayals of trust/friendship, with various degrees of active/intended malice, but there’s never the feeling of rising parallel situations all cresting to a building point. (Tavi Gevinson’s segment — about an articulately depressed teenager in a tough third-wheel situation with her sole girlfriend — has generally been acknowledged to be the least successful of the segments, but she’s still very good.) What Defa’s accomplished is closer to, say, Martín  Rejtman than Short Cuts and its spawn: the fun is in cutting from one interesting scene to another without spending too much time dwelling in expositional connective tissue or building to a rising climax, keeping viewers off-balance through structural wiliness. It’s a hard film to take notes during, because there’s not really much to note: some funny lines, sure, but nothing that’d play out of context. Ashley Conner is an excellent DP who’s done conspicuously bold work, but here she’s not straining to impress: in 16mm, whose grain has been well-transferred but not overamplified, she sets up clean, unfussy interior/exterior shots kept slightly on-edge by the odd, mostly miniscule zoom reset. Between the grain, zooms, slightly down-and-dirty old-school NYC vibe and mostly old soul/R&B soundtrack, the aspirational vibe is clear: the delights of modest but observant ’70s cinema will never die.

The film’s best scenes go to Bene Coopersmith, star of the original short. Scratchy-voiced and comfortable with his mild eccentricity, he’s a record collector with unspecified fiscal problems whose quest to buy a rare Charlie Parker pressing brings him face to face with Heaven Knows What‘s Buddy Durress, an all-day quest that eventually climaxes in a prolonged, bicycle chase across the city that pauses when both pursued and pursuer must get off their bikes and carefully walk down elevated platform subway stairs before resuming action — a low-key gag emblematic of the film’s modest but grounded merits. I’m not crazy about the way that each segment ends with a Big Speech — not that the speeches are even bad, per se, just a little too neatly synoptic. It’s hard to figure out what exactly makes the film compelling, but that lack of a clear purpose in is its biggest virtue. Put another way, there’s the absence of a feeling common to far too many American indies (including ones in this year’s Sundance that I’ve seen but am embargoed on — consider this a preliminary warning shot): that a screenplay with intriguing elements and closely observed characters/milieus has been workshopped to death until every single beat and development has been put exactly into the “right” place for purposes of correctly pacing rising action while building to a carefully ambiguous, gently unresolved ending hinting at personal growth to come. Person to Person has drama but isn’t worried about being dramatic, concealing rather than pressing upon you its plot mechanisms. I’m not sure aspiring to be minor is always a good thing, but it certainly beats the alternative. I kept waiting for the other shoe to drop, but it never did, which makes the film a self-consciously low-key pleasure to watch.