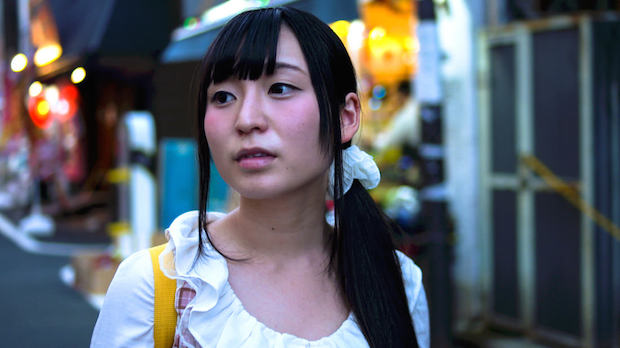 Tokyo Idols explores a cultural phenomenon driven by an obsession with young female sexuality, and the growing disconnect between men and women in hyper-modern societies.

The idol singers are predominantly teenage girls, and their fans are mostly middle aged men. At the beginning, I was reluctant to talk to the fans as I struggled to empathize with them.

For me, they were “on the other side” not only of the disconnection between men and women but also of divisions of wider issues in Japan. In my mind, they belonged to this dark force on the internet that attacks foreigners, minorities, feminists and our neighboring countries. It was the stereotypical image I had of those who support extreme ideas in Japan – lonely men who vent their anger and frustration on their supposed enemies.

Japan has never been this polarized politically and socially as now. In the last few years, until I started to make this film, I would avoid any contact with those I disagreed with, and I would switch off the TV if there are right wing pundits as I found them unbearable. I pretended that they didn’t exist in my part of the world.

While shooting this film, we realized that in order to understand the idol culture, we would need to look at the lives of the fans. This forced me to talk to some people I would never speak to otherwise. I discovered first that they are not a monolithic mass and not all of them have the same reactionary ideas.

Some of them did turn out to have conservative ideas I strongly disagreed with. But in order to understand them better, I started to read and listen to the news and information they were discussing. This helped to understand better their deep fear and anxiety they feel that seem to be the foundation of the idol culture. Trying to get to understand them forced me to widen my views. I feel I now have a better understanding of the deep angst and disenfranchisement that many people feel and how this is the foundation of many things that are happening in Japan right now.