Spring Festivals on the Sea: Borscht, Miami and Annapolis 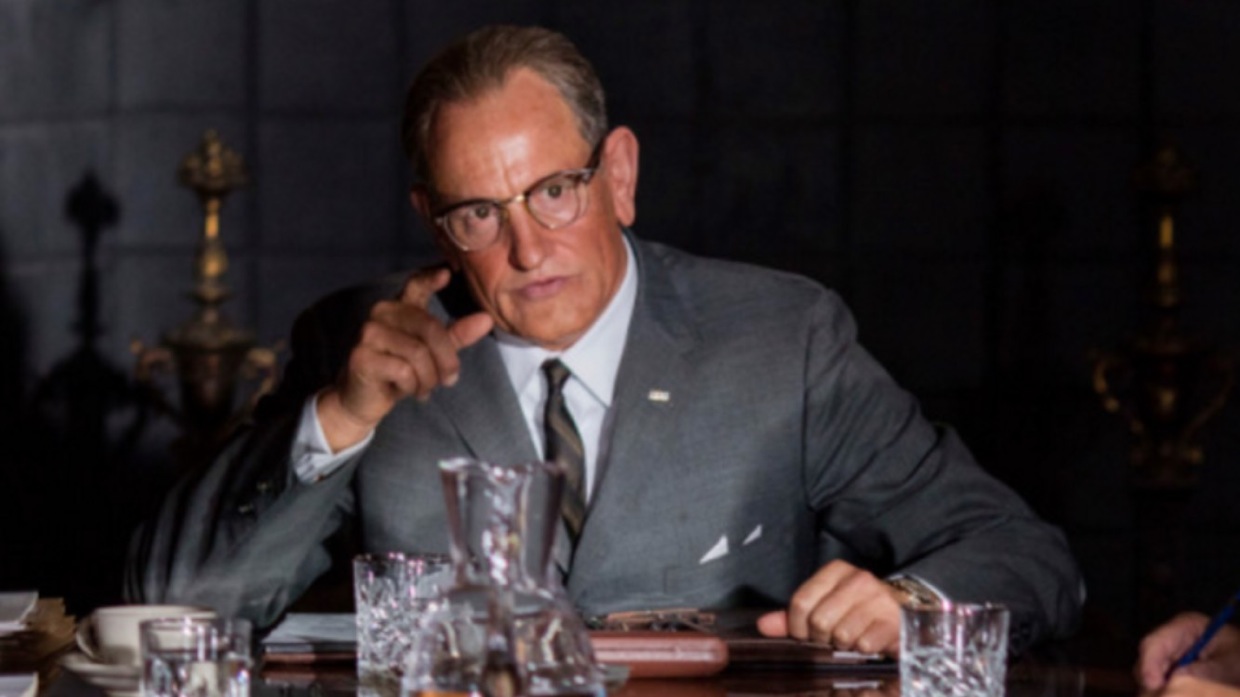 Around the time Miami’s Borscht Diez went down in late February, Black Cinema seemed to take over the world for a second. That was cool; Get Out was all anyone wanted to talk about. The doldrums of the country’s greater ills lifted somewhat during that thriller of a week, in which the Oscar Best Picture winner and the number one movie in America were suddenly, and for the first time ever, directed by African-Americans. That the former had been incubated by the country’s most outlandish short filmmaking outfit, Borscht Corp.— which goes out of its way to produce work by people of color and respect the need for total autonomy among the filmmaking voices of women, a collective which baffles Hollywood while seeking to work in the realm of spectacle — was, well, icing on the cake for those in the know. So be it. It’s 2017 and we have to take our victories where we can find them.

At the last edition of the Miami-based film collective’s festival, I dubbed it the The Weirdest Film Festival on the Planet. The most recent edition, which Meredith Alloway wrote exhaustively about several weeks ago for this site, featured a bevy of films completed hastily after Borscht’s last grant cycle finished in the fall. It proved to be the most conceptually bold film festival of its era, the type of thing where you were simultaneously implicated in a crime (arson! trespassing! assault! dope distribution!) and a campy, pastiche-heavy, highly enjoyable cinematic indulgence at every screening, concert, faux-Shark Tank live-taping, canoe ride, pool party, block party, bottle-shattering melee or coral orgy you happened to attend.

I went back a few weeks later to try to recuperate while watching some films for Borscht’s arch-rival, the Miami International Film Festival, for which I sat on a jury for the Jordan Ressler Screenwriting Award. The films were generally pretty good. The worst of them, Xavier Manrique’s unfortunately titled Chronically Metropolitan, features a storyline about the scion of a Manhattan literary family who has alienated his great love by writing about her family in a story he published in The New Yorker; it made the memoirist, sentient human and occasional New Yorker contributor in me scream bloody murder. The festival is impeccably run, by the dapper and goateed Canadian Jaie Laplante. Gently glamorous and yet laid back as all hell, Miami focuses on Ibero-American cinema, although it tries to provide a little bit of something for everyone. A not-so-gentle, totally pointless beef exists between the fests, held closer to each other on the calendar than ever this year. Miami film culture, at this remarkably thrilling stage in its evolution, would be better off without the acrimony. The city deserves and respects them both.

MIFF is in its 30s, part of a wave of civic boosterism that brought sprawling, well-financed urban film fests to cities of similar size such as Cleveland (whose marvelous 41st event, which drew over 106,000 Clevelanders, just ended) and Seattle (long the country’s biggest festival in terms of scope and number of days) in the late ’70s and early ’80s. Its programming and events smack of a more traditional affair replete with stars and galas and cocktail parties for rich people. Centered mainly around the tropical chic comfort of the Standard Lido, any discernible hard edges are tucked away.

At Borscht, the housing, at a local hostel, might have you rooming with sixty-something Irish tourists who have walkers and smell bad. The transportation was often intentionally misleading, haphazard and sometimes potentially dangerous; canoeing home from an island drunk and underdressed at midnight is challenging at best, catastrophic at worst. This is all part of Borscht’s charm, of course. Attendees were all in it for the sublime, often improvisatory nature of the experience.

New shorts from a deep roster of first rate short filmmakers including Robin Comisar, Alexa Haas, Julian Yuri Rodriguez, Xander Robin and Meyer/Leyva preceeded a concert by hip-hop legend Trina on Saturday night. Lucas Leyva and Jillian Meyer, the centrifuge upon which the Borscht organization spins, saved their most inspired magic trick for Oscar night. The festival closed with a party held at the Liberty City community center where Moonlight was shot; multi-millionaire arts patrons mingled with musclebound black fellows in white wifebeaters as the Academy Awards were projected on a giant blow up screen.

It proceeded like a close ballgame you thought the home team was going to lose only for victory to be found on a last second, buzzer beating act of glory — the type of triumph indie film has so rarely had on the mass culture stage, especially in these late, wan years of the form’s big-ticket relevance. We all went home asking the right questions about what a film festival could be in the world. The fun was immense; the republic was still doomed.

I washed up at another seaside festival a few weeks later, in Annapolis. It was early April now, warm enough to wear a blazer and oxford on the preppiest part of coastal Maryland; the locals were out in chinos with force. The naval officers who launched the 59 Tomahawks at Syria had surely been trained there, the technology tested upon in the pristine waters of the Chesapeake Bay. Kunte Kinte had passed through that Bay as well en route from western Africa. On the waterfront, not far from the gates of the Naval Academy and the best cream of crab soup money can buy, a series of life-sized bronze statues depict Roots author Alex Haley reading to a series of children. A nearby series of memorials to the slaver past of this picturesque Maryland port town, the state capital, offer platitudes of healing and reconciliation.

The Annapolis Film Festival, just half a decade old, held its own ode to those same sentiments. The festival is doing a lot of things right; the entire thing is held within a mile or so of the Maryland State House and the broad majority of the venues were walkable from the Maryland Inn, the rooming house I stayed in, where the Treaty of Paris was signed. The features were thoughtfully selected, speaking both to regional specificity and general interest, with programming pulled from Toronto, Hamptons, Sundance, Rotterdam and SXSW. Opening night kicked off with Rob Reiner’s LBJ, about the 36th President, a racist southerner who nonetheless advocated for and signed into law the two pieces of legislation that achieved the primary goals of black advocacy groups since the end of the Civil War: equal protection under the law and the unhindered right to vote. The movie, starring Woody Harrelson and produced by Annapolis-bred producers Tim and Trevor White, is often as charming as much of Reiner’s work was in his prime. The casting of Harrelson, not an obvious choice, is inspired.

But in choosing to avoid Johnson’s proclivity for the term “nigger,” the film acquiesces towards this complicated and troubling man. The movie could have chosen to lean into the complexity, the duality of “racist” and “good man” that it has LBJ calling out in other southerners in the Oval Office in its most dubious moments, but it chooses not to. This is a film about a man who once said, of Thurgood Marshall, whose appointment to the Supreme Court he was soon to make, “when I appoint a nigger to the court, I want everyone to know he’s a nigger.”

That LBJ is nowhere to be found in this film, which portrays his rise from Senate majority leader to VP to President and through his embrace of the Civil Rights Act without ever having him thoughtfully interact with any black people. The party for the film was held at a local Boys & Girls Club, which had once been an all-black high school; Maryland Hall, where the screening was held, had once been a school for whites only. So too was the Q&A after LBJ, which included Reiner actor Jeffrey Donovan, screenwriter Joey Hartstone and the producers. This irked some of the festival’s black board members, who quietly discussed the Q&A over crab cakes and oysters at one of the festival’s seafood-heavy hor d’oeuvre and wine soirees.

Still, the festival proceeded with aplomb. Despite the representational challenges that pervade not just a single festival screening but the industry as a whole, Annapolis’s large, diverse audiences reliably crowded into a well-curated slate of features and shorts across the town’s many college halls, ancient churches and converted theatrical spaces. Wayne Roberts’s Katie Says Goodbye, where Olivia Cooke deftly plays a diner waitress and occasional sex worker in some western nowhere, and Matt Spicer’s Ingrid Goes West, the newly minted Sundance screenwriting prize winner also produced by the White brothers, were particular standouts; the latter features a breathrough performance by Aubrey Plaza and plays like The King of Comedy for west coast millennials. I’d be shocked if it wasn’t a hit when it drops this summer.