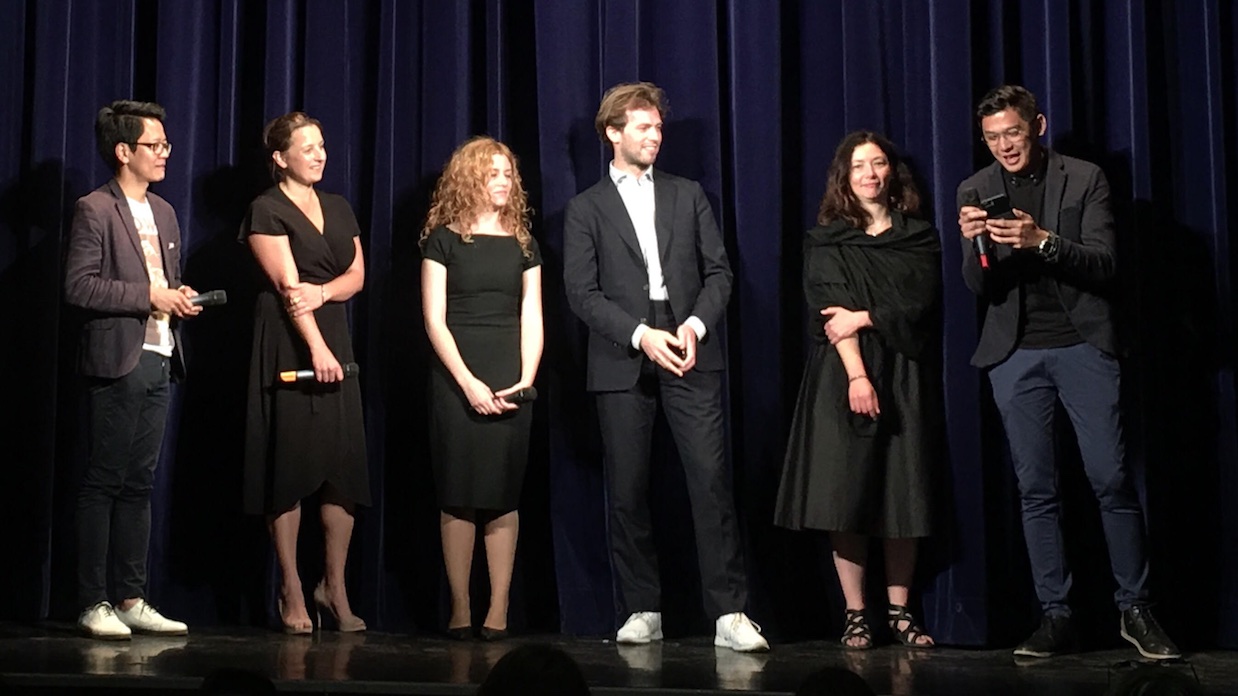 Director, screenwriter and boatbuilder (!) Sam Kuhn is in Cannes premiering his short film, Möbius — described as “a moth-eaten tale of magic and mutation half remembered by a teen poet who’s beloved lies lifeless in a stream” — in Critic’s Week. Filmmaker asked Kuhn, who hails from the Pacific Northwest, to keep a diary of his experiences, which rapidly went from jet-lagged to deeply strange. Here is his fifth entry; click here for them all.

Up at 7:00 for Coppola’s Beguiled, should’ve taken note of the name for I was indeed beguiled. Not a single brave or interesting choice in the whole damn movie — was it made for TV? Or was she just asleep on the dolly? Like Yorgos’ film it also hosted the Kidman/Farrell lead team — do those two pair at discount? Why are these olds twirling lazy victory laps? I’m starting to think my filmic heroes are going senile or at least not leaving the retirement home much. Whatever. I know every generation is juiced to knock off the top, but the olds are really blowing it in so many arenas right now. Give youngs a chance. Let people who use the internet run the country for Chrisssake. Speaking of youngs: after a lunch and photoshoot I finally saw the other short films in my block. I realize I’m tooting the horn of my own block, and there’s perhaps something socially repulsive about that, but the shorts selection in Semaine de la Critique was meteorically superior to the half dozen Official Selection films I saw. Where the Palme d’Or competitors were largely conservative and redundant, la Semaine was raw and wild — the cracking open of new music unto the universe. Of note were Carlo Francisco Manatad’s Employee of the Month, a visually coordinated punk rock assault on capitalism, all set at an unnamed gas station one fluorescent night. As far as I’m concerned Manatad is the Philippines’ Godard. His film had an effortless ability to coordinate a series of sight gags into a matrix of behavior that subverted some of our currently most sacred capitalist institutions — like the theoretical correspondence between numbers and behavior, the very algorithmic alchemy of the ruling class. Aleksandra Terpińska’s The Best Fireworks Ever was a soul-crushingly beautiful take on the apocalyptically neigh suicidally colliding forces of Poland’s imaginary political streetscape. There’s more heart and pain and beauty and conviction in her 30 minutes than all the features I’ve seen here. Watch those directors. And as for fair Möbius, I cannot say. But I will say that our friends the Crystal Givers came to the screening and brought with them a second black stone. It was not obsidian but something else. They promised this something else would ground us to the earth while simultaneously bridging to the heavens, the very path of transcendence. This in our hands, and with Möbius on screen I felt our souls screaming out cawing, flying updrafts now flocking with my seagull friends flanking wing tip to wing tip across the Miramar.