Canon Surprises With the C200 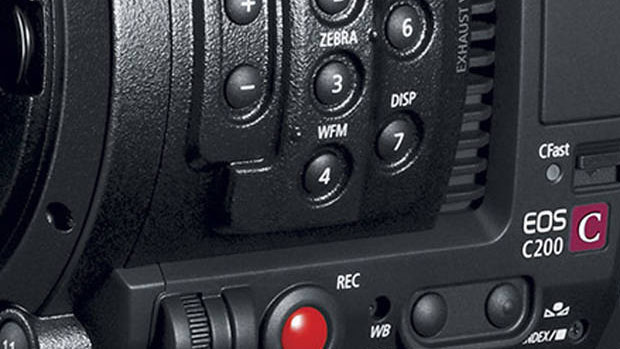 by Michael Murie
in Cinematography, Columns
on Jun 1, 2017

It’s been two years since Canon announced the Canon C300 Mk II and C100 Mk II, and now, with the announcement of the C200, the company has produced an interesting 4K camera that sort of fits between the two models while at the same time offering new features not currently offered on either of them.

First, the price. Canon is offering two models; a body only (B) model that will cost about $5,999 and a more complete version with handle, LCD mount and LCD monitor for $7,499. This is a notable departure from the C100/C300, which are currently only sold with a handle: those cameras need the handle because that’s where the XLR audio inputs are located. The C200 doesn’t have that limitation; it moves the XLR inputs to the body of the camera.

For those looking to operate the camera stripped down, moving the XLR inputs is a great step forward. Whether most people should buy the stripped-down model is another issue; the new LCD is touch-sensitive, offering a much more flexible method of controlling the auto-focus function. Canon may have made it possible to buy the camera without their handle and LCD, but they’ve also managed to add functionality that will have many people still wanting to buy their LCD. 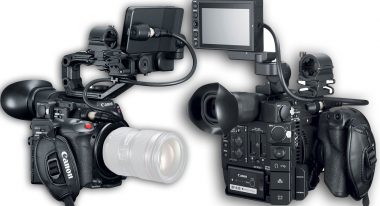 The C200 has one CFast card, and two SD cards, and it captures 4K at up to 60fps, but it uses a new, more heavily compressed file format than the C300 Mk II does. You can also record 4K to the SD cards in MP4 format (8-bit).

Cinema RAW light is supported by DaVinci Resolve, and will also be supported by EDIUS Pro and by plug-in for Avid and Final Cut Pro X. Canon’s press release includes this vague statement about Adobe support:

Furthermore, Premiere Pro CC of Adobe® Systems will support this format until the end of 2017.

I have no idea what that means.

The C200 uses the same batteries as the C300 Mk II, includes built-in Wi-Fi support for remote control, and you can shoot at 120fps in HD with no sensor cropping. ND is through the same two-wheel system introduced in the C300 MK II with Off, 2, 4, 6, 8 and 10 stops; the latter two are via an “extended” mode” which may impact focus. Canon is also promising the XF-AVC format in a future firmware upgrade.

Which one to get?
Canon is clearly positioning the C200 and C300 Mk II for slightly different audiences. The C200 seems designed for those who are shooting more content, and probably need it more compressed, while the C300 produces — we assume — a slightly more detailed image. Think of it, perhaps, as the C200 for the documentarian, and the C300 for the narrative filmmaker.

The higher frames rates possible with the C200 also make it more complicated when choosing between the two, but of course Canon may soon announce a Canon C300 Mk III that further differentiates that model from this new one. That’s the problem with technology; it just keeps rolling along.

Finally, the single CFast card on the C200 may be it’s greatest limitation, but in short, we have to wait and see what people report after using the camera in the field.