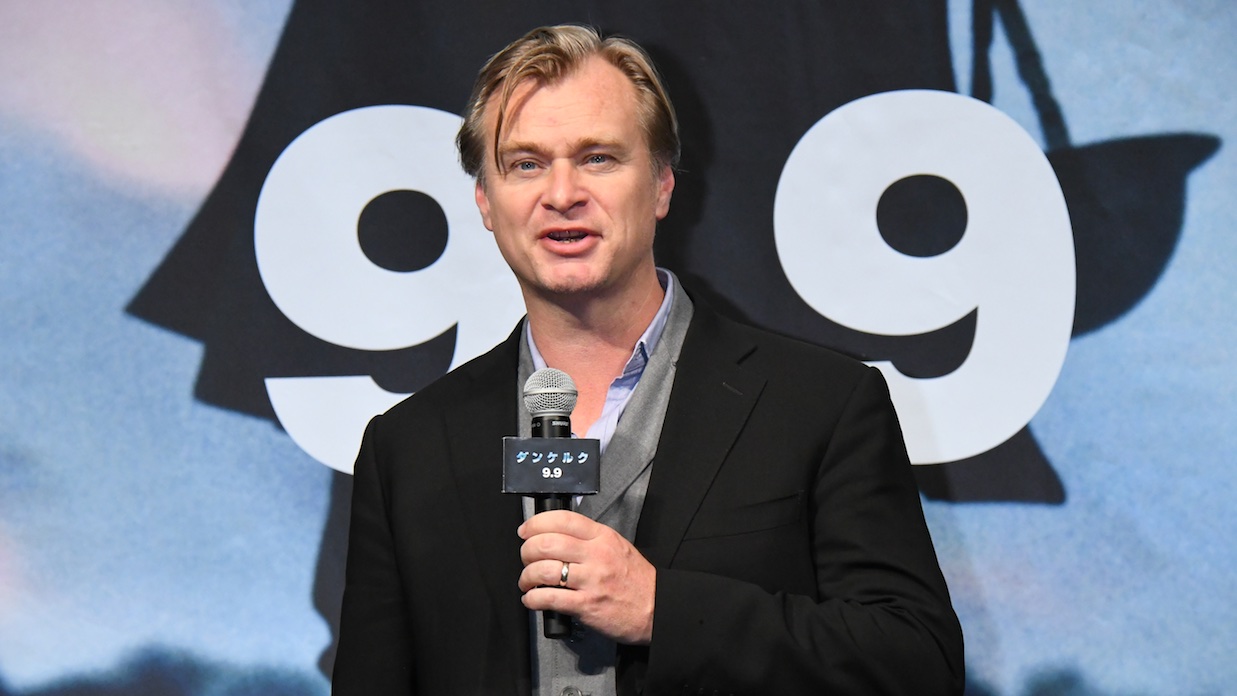 Contrary to popular belief, the Japanese are not totally averse to watching war movies, with Clint Eastwood’s Letters from Iwo Jima and Peter Webber’s Emperor being fairly well-received in recent years. However, those films undoubtedly owed their success to the presence of revered Japanese actors Ken Watanabe and Toshiyuki Nishida, boy-band idol Kazunari Ninomiya and the calmly authoritative Tommy Lee Jones (who is so big over here that he fronts a major coffee brand). Given that Christopher Nolan’s Dunkirk offers none of the above, one wondered how the Tokyo media conference, held at the plush Roppongi Hills complex on Thursday August 24th, would pitch this movie to a Japanese audience.

Step forward Takanori Iwata, handsome, fresh-faced member of prominent Japanese boy band J Soul Brothers Third Generation. In front of the 100 or so watching journalists, Iwata — an avid Nolan fan — would play the role of special guest interviewer, putting several questions to his idol over a 20-minute period. And the importance of his role should not be underestimated. Iwata’s band commands a sizable and dedicated following among young Japanese. If Iwata praises a particular movie, many of that fan base will feel more inclined to watch.

Barely a week on from the anniversary of Japan’s World War Two defeat, forever a politically sensitive time of year, Iwata’s strategy was to depoliticize and decontextualize Dunkirk to the maximum degree, and instead shine the spotlight on Nolan’s filmmaking achievements. “The images that Nolan presents are so crystal clear,” he explained. “And there must have been so many inspirations behind these images. No words can describe the amazing thought processes going on in Nolan’s mind.” He also compared the movie to the thrilling theme park experiences that vast numbers of his age group might seek. “It’s like a virtual reality battle, with sounds whizzing towards you from left, right and center,” he smilingly maintained. “And you will be hooked on the suspense, that’s for sure.”

Modest embarrassment in the face of such gushing praise aside, Nolan negotiated the session with immaculate poise, commanding the room from his raised stool while his female translator nervously relayed the questions to him.

Offering gallant assistance to Iwata’s cause, Nolan declared: “I want Dunkirk to speak to people of all ages, and particularly young people. We didn’t want to do what Hollywood usually does, which is to cast famous 40-somethings in the roles of young soldiers. We wanted to focus on how wars are really fought — by young men. So we intentionally looked for young actors; people who didn’t yet have agents in some cases. We went scouting at drama schools. We want young people watching this movie to get some sense of how awful it would have been for people of their age back then.”

While Nolan’s initial answer was greeted with silence, the ensuing Japanese translation elicited a thunderous key-tapping response from the assembled journalists. Nolan surveyed proceedings in a ramrod-straight pose, still as the silhouette of the soldier in the giant promotional poster draped behind him.

He may only have answered four questions from the press corps, but Nolan’s economy with words was such that he still found time to offer priceless glimpses into his directorial mindset. “The traditional war film narrative was one of horror,” he explained. “But with Dunkirk, we want to tell a story through the language of suspense, so that you don’t want to take your eyes of the screen. There have been some great war movies made with blood all over the screen. But we wanted to create a different form of tension, to convey suspense through the idea of survival, the unseen enemy, the race against time.”

Asked whether his action scenes had drawn on elements of George Lucas or Stephen Spielberg, he replied: “Very much. Lucas’s first Star Wars movie was one of the most important events of my life as a filmmaker. And Spielberg kindly leant me the 35mm print of Saving Private Ryan so I could screen it to my crew. I think it’s a real masterpiece that loses none of its power to shock even now, and so we decided we didn’t want to compete with that. Spielberg also gave us advice about filming on water. I have always drawn on the experiences of filmmakers from the past, and try to build on their techniques.”

When questioned about the challenge of synthesizing multiple historical sources and technical viewpoints, Nolan insisted that therein lay the joys of directing. “I see myself as a lens that focuses a lot of different people’s input,” he maintained. “I have to aim for cohesion and ensuring that the different points of view fit together. You can end up with a very sophisticated movie as a lot of smart people are working on it. I see myself as an architect, or perhaps a conductor, bringing a lot of people’s talents together. I love editing, and my favorite part is mixing thousands and thousands of sounds together to come up with the best possible outcome. I really enjoy the precision of that.”

By projecting the image of a strong, independent Britain showing greater ingenuity than both its European Allies and enemies, the film has unwittingly been dragged into the Brexit controversy. But whereas its political connotations have been debated ad nauseam in the UK, Nolan was adamant that he “didn’t want to be too didactic and re-contextualize [Dunkirk] for today’s politics.” He continued: “Of course, Dunkirk will have resonances. What happened in the UK, it happened while we were making the film. [Brexit] was a big shock to all of us. Today’s world is very much about individuality, but we wanted Dunkirk to focus on teamwork above individuality, the purpose of pulling together to overcome severe challenges. This can have resonance all over the world, and not only in the UK. It reminds us of the power of community.”

The event ended with Nolan presenting an overjoyed Iwata with a signed copy of the Dunkirk script, amid heavily accented cries of “left, please!” from Japanese photographers. Was the event successful to recruit younger fans? Quite possibly so, as Dunkirk opened in the top spot at the Japanese box office September 9, with grosses climbing 68% over Nolan’s previous Interstellar.