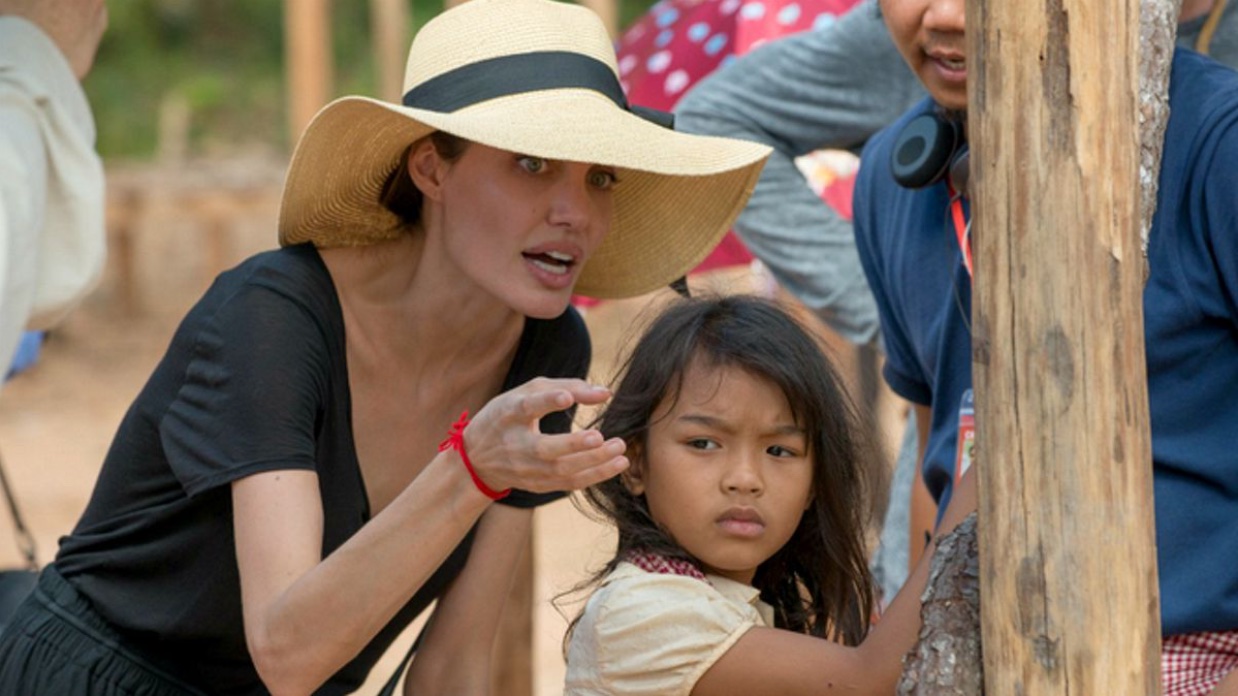 Angelina Jolie on the set of First They Killed My Father. (Photo, Roland Neveu/Netflix).

by Tiffany Pritchard
in Filmmaking
on Sep 18, 2017

The Toronto Film Festival closed out its 42nd year with another impressive round of masterclasses and “TIFF talks.” On the industry side, while not as heavily programmed as other festivals, there was an engaging round of panels that tackled on-topic discussions such as diversity and alternative distribution.

Typical to other years, a robust line-up of filmmakers and writers made up the festival’s one-to-one talks, their “In Conversation With…” series. Aaron Sorkin’s candid conversation was one of my highlights. He openly discussed his ten year-dependence on drugs, regarding which Carrie Fisher sent him a letter assuring him he could write even better once sober, his love of writing stories that are “set inside four walls,” his passion for listening to music in his car when faced with writer’s block, and his frustration at the fast-paced speed of television that “makes you write even when you know you are not writing well.”

The writer also discussed his foray into the directing sphere with Molly’s Game, explaining that a story around a woman running an underground high stakes poker game wasn’t the script he’d imagined that would become his directorial debut.

“Molly [Bloom] and I spoke everyday for six months. I knew things she left out of her book. I became very protective of this idea, so I told her, ‘If you’re up for a rollercoaster ride, let’s try and make this incredible and unique.’ I knew I didn’t want it to become a sexy drama, that would just be the backstory.”

He also shared anecdotes in working with other directors, including David Fincher for The Social Network that won the Oscar for Best Screenplay in 2011.

“We would turn pages, go through the script page by page, and he would suggest ‘small changes’. But I knew what he really meant was, ‘Make these changes or I’ll beat you up!’”

Actor-turned-director/ producer Angelina Jolie was in Toronto with her fourth directorial effort, First They Killed My Father, that details the Cambodian genocide that killed nearly two million people in 1975, and the animated film The Breadwinner, that she co-produced, about a 12-year-old girl growing up in Afghanistan under Taliban rule.

In her “In Conversation”, Jolie admitted she was fearful of how the people of Cambodia would react to the film, but that she was relieved after recently premiering the film in a small run of screenings across the country.

“The country itself deserves this film and this dialogue. I heard parents and grandparents speaking about [the genocide] to their children because they hadn’t spoken about it before,” said Jolie.

She continued, “For me, these films are about trying to understand man’s inhumanity to man and how the human spirit overcomes — how you can go through darkness and come out stronger and still whole. When you do a film about history and culture, you’re allowed into something so special.”

She recalled first getting to know the country 16 years ago when filming Tomb Raider. She discovered the book (of the same name) in a small bookshop on the side of the street. Years later she was put in touch with the author Loung Ung, whom she credits as changing her life, and inspiring her to direct the film, that she also co-wrote with Ung.

When asked about the look and feel of her films, Jolie explained she tries to work with different cinematographers to not repeat herself: “I change, and they change.”

While she professed she presently enjoys being behind the camera, she confirmed that she wasn’t done acting, with a mention of her participation in the Maleficent sequel.

Gael Garcia Bernal also took to the stage in his typical light-hearted, jovial manner, explaining his initial passions were centered more on being a local doctor rather than acting. But after attending the Royal Central School of Speech and Drama in London, he set off to Mexico where he learned the ins and outs of filmmaking thanks to a very patient Alfonso Cuarón.

In discussing his opportunity to travel around South America when playing Che Guevara in The Motorcycle Diaries, Bernal said, “It was one of the best experiences of my life. We had so much freedom in those four to five months [of filming]. There were no cell phones with cameras — there was a feeling we were on a sociological journey.

“I remember Walter Salles [director of The Motorcycle Diaries] say, ‘Enjoy it, there’s not going to be films like this anymore.’ And I think it’s true, you can’t make films in Spanish with that budget. Even in English, you would have to bring in a superhero to do a movie like that. There is no middle ground, it’s a difficult time,” said Bernal.

Mary Harron was also in focus at an “In Conversation” talk. At the festival for her premiere of Netflix series Alias Grace that stars Sarah Polley, the Canadian director recalled her early days in New York’s punk-rock scene where she met the likes of Lou Reed and Andy Warhol at venerable nightclub CBGB.

“I knew those guys, and was inspired by that whole scene. And in those days, you could make a film for virtually nothing,” said the I Shot Andy Warhol director. When asked about the cult classic American Psycho, Harron praised Christian Bale, the only actor who brought a sense of absurdity and satire to the role during the casting process.