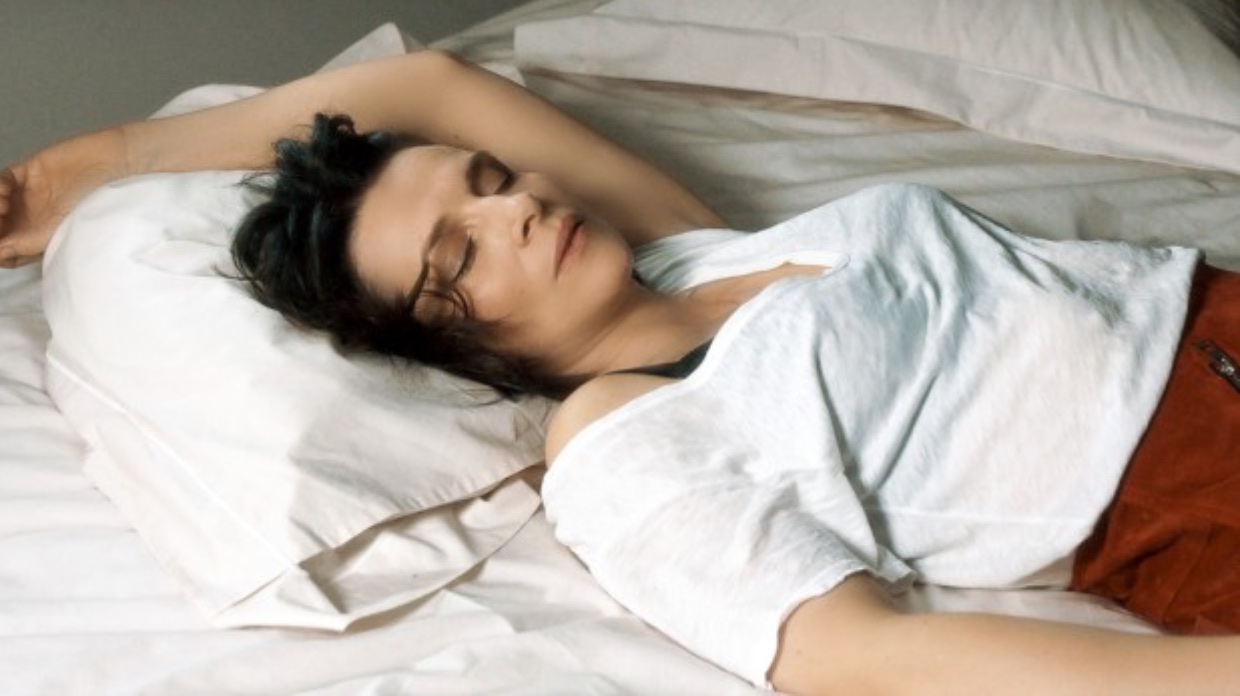 Let the Sun Shine In

Filmmaker‘s usual “films we’re anticipating” preview — opinions gleaned from early buzz or just pure enthusiasm — doesn’t work for the New York Film Festival. Always a collection of the best films from the prior months’ festival circuit, with a few world premieres thrown in, this year finds the latter — outside of the opening (Rick Linklater’s Last Flag Flying, reviewed here) and closing nights — in shorter supply. (The pluses and minuses of the festival’s curatorial approach receive a solid debate over at Indiewire morning.) That means we’ve seen a large swatch of this year’s selection, and the below titles are some of our most recommended. Various critic’s notebooks to follow.

On the Beach at Night Alone. The superior of the two Hong Sang-soo films showing in this year’s festival was tipped in advance as an especially sad and lacerating film. Indeed, this look at at an actress (Kim Min-hee) recovering in the wake of a publicly scandalous affair with a director is a somber affair — but it’s also surprisingly heartening, a moment of reflection and possible healing after, rather than during, a crisis. This is a good entry point for Hong beginners. — Vadim Rizov

Did You Wonder Who Fired the Gun? Originally a live presentation, with Wilkerson narrating a complex mixture of slides and video onstage, this deep-dive into his family past — examining how a relative killed a black man with impunity — has obvious, sobering resonance with contemporary events without trying to score any points for piety. — VR

Lover for a Day. Philippe Garrel’s filmography has doubled as a form of family psychoanalysis, looking at his father, himself and son Louis. Now it’s daughter Esther’s time to take the lead in this typically gorgeous widescreen black-and-white — non-fans of his super-Gallic adultery dramas need not apply. — VR

Let the Sun Shine In. Claire Denis’s latest — a definite tonal reset from both her warmer, dialogue-light mood pieces and darker fare like Bastards — is a companion piece of sorts to Garrel’s drama, tracking Juliette Binoche on her oft-exhausting quest for love as she slams from one relationship to another. — VR

The Meyerowitz Stories (New and Selected). Noah Baumbach’s latest splits the tonal difference between his sunnier collaborations with Greta Gerwig and pricklier portraits of irascibility like Greenberg and The Squid and the Whale. The rumors are true: Adam Sandler (and everyone else) is excellent in this father-sons drama of potential reconciliation. — VR

Wonderstruck. Todd Haynes’s super-formalist new drama takes place in the ’20s and ’70s, with costume designer Sandy Powell dazzling in her dressing up of hundreds of extras (an executive producer credit is very well-earned). It’s fascinating to look at and more than an exercise. — VR

The Florida Project. The cover of Filmmaker‘s 25th anniversary issue, Sean Baker’s latest is, as I wrote, “an exhilarating, wise and heartbreaking film, one that, from its ripped-from-the-headlines storyline and Instagrammed casting, is plugged directly into the present moment while connecting through the surety of Baker’s filmmaking to the great neorealist cinema of the past.” — SM

Robert Mitchum Retrospective. A complex tough guy, Robert Mitchum is celebrated here with a retrospective that runs the gamut of his work with iconic directors, from Vincent Minelli to Jim Jarmusch. I’ll never miss a chance to see personal favorites Night of the Hunter and Out of the Past on the big screen. — SM

Faces Places. Blake Williams, writing for Filmmaker out of Cannes: “Faces Places plays like something of a redux for Varda’s documentary masterpiece The Gleaners and I (2000), whimsically chronicling their journey and never missing an opportunity to turn its gaze inward. Essentially travelogue and diary, the film is exceedingly democratic even by Varda’s standards, generously accommodating to any tangent thought, detail, or passerby, leaving enough space for its makers to openly challenge and analyze their own impulses. Among the charms and anecdotes, Varda’s ruminations on the nature and pleasures of photography — the way the ephemerality of a print mimics that of our bodies; the uncanny sensations of seeing one’s own image, still and performed; how our portrait has the opportunity to ‘see’ things and places in the world that we never will — are especially moving, and always less simple and quaint than they may sound off the tongue.”

The Square. Following Ostlund’s Force Majeure, The Square is another squirmy satire skewering the failure of citizens of Western democracies to adhere to the foundational principles of their societies. Here, Ostlund sets his film within the art world — specifically, inside and outside of “The Square,” a conceptual artwork intended to test the ethical abilities of museum passersby. The film is built around a series of increasingly elaborate setpieces during The Square’s installation as the museum’s beleaguered head curator, emasculated by the robbery of his cell phone, embarks on an atavistic mission for its return. — SM