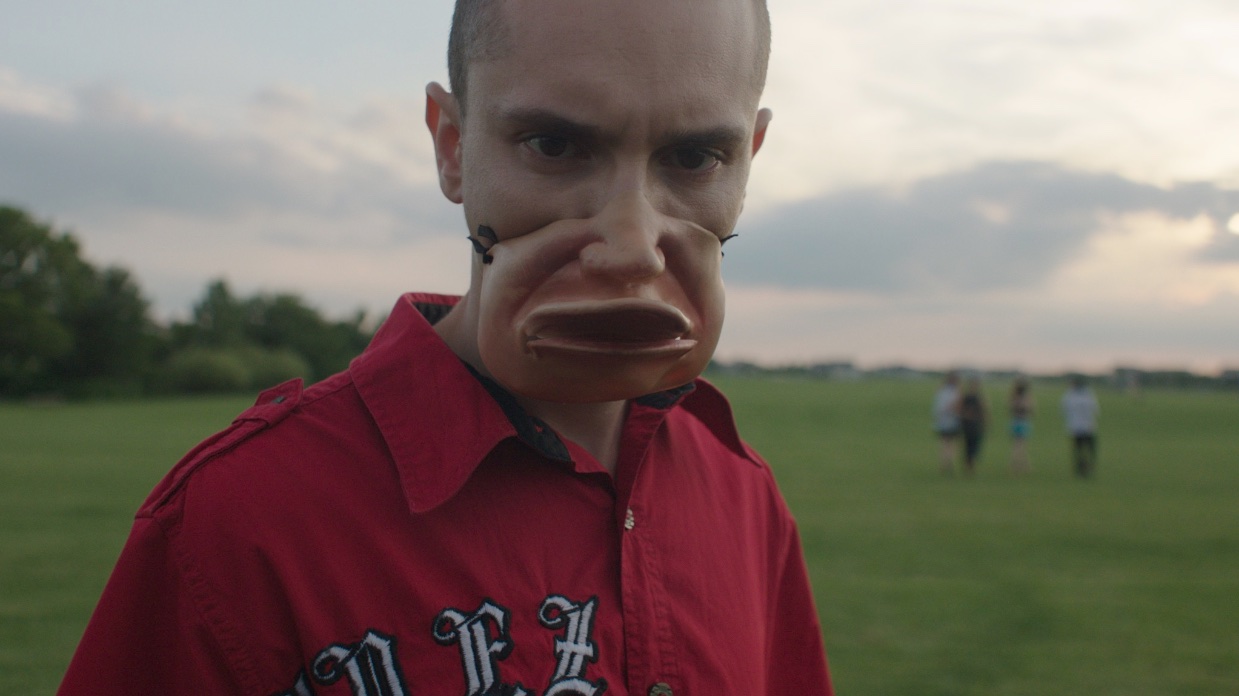 Slamdance’s Beyond category — for emerging filmmakers working beyond their first features — was announced yesterday along with its two shorts competitions, with five world premieres gracing the first category. The 2018 Slamdance Film Festival runs January 19-25 in Park City, Utah. Check out the announcement below.

My Name is Myeisha
(USA) World Premiere
Director: Gus Krieger
A beloved teenager crosses over into a hip-hop-musical dreamscape at the moment of her tragic death and contemplates her life; what it was and what it could have been.
Cast: Rhaechyl Walker, John Merchant, Dominique Toney, Dee Dee Stephens, Yvette Cason, Gregg Daniel

Falling
(USA) World Premiere
Director: Ewen Wright
A potentially psychosomatic white man, a woman stuck in a vortex of “man-splaining,” and a young black man caught in a racially charged standoff are set on a collision course as society falls apart around them in this absurdist dark comedy.
Cast: Sarah Hollis, Elijah Reed, Davey Johnson

The Knits
(Canada) US Premiere
Director: Lisa Birke
A sweater, lovingly and arduously knit by a mother, incrementally unravels as her daughter treks her way across Canada by foot.
Cast: Barbara Birke; Lisa Birke

Reunion 1
(USA) World Premiere
Director: Brock Neilson
The artist re-enters a space from their childhood as an adult and is struck both by the haunting tone of the setting and an indelible memory from the past.

Slap Happy
(Canada) US Premiere
Director: Madeleine Sims-Fewer, Dusty Mancinelli
A dysfunctional couple with a penchant for twisted sexual fantasies fight to stay together as their relationship crumbles over the course of a day.
Cast: Jesse LaVercombe, Madeleine Sims-Fewer

The Things You Think I’m Thinking
(Canada) US Premiere
Director: Sherren Lee
A black male burn-survivor and amputee goes on a date with a regularly-abled man for the first time since his accident, ten years ago.
Cast: Prince Amponsah, Jesse LaVercombe

Welcome To Bushwick
(USA) World Premiere
Director: Henry Jinings
On the heels of a successful first date, Evan and Marceline end up back at her place.
Cast: Tim Platt, Liba Vaynberg

Homeland
(Belgium)
Director: Sam Peeters
Homeland is a creative documentary about right-wing populism and narrow-mindedness in the Belgian suburbs.

Icon
(Poland) US Premiere
Director: Wojciech Kasperski
An old doctor who has spent his life working at a psychiatric hospital in the Siberian countryside – The place, which was inaccessible for film crews, can be shown thanks to its residents, some of whom spent several decades at the hospital.

The Last Man You Meet
(USA)
Director: Chris Bone
Take an exclusive look inside the gritty business of death as a third-generation funeral director reflects on his life.

Nueva Vida
(USA)
Director: Jonathan Seligson
A ball, some brains, and a lot of fluids. A cautionary true tale on the dangers of playing soccer from my dear brother, Kenny.

Pocket Sized Feminism
(USA)
Director: Valerie Schenkman
“This house is for wallpaper women. What good is wallpaper that speaks?” Women speak out about women’s rights, or human rights.

True Love in Pueblo Textil
(Cuba, USA) US Premiere
Director: Horatio Baltz
Nine-year-old Maribel explains to us how it feels to be stricken with the world’s oldest infliction: love.

Where Are You From
(USA, China)
Director: Xizi “Cecilia” Hua
In a world where western values dominate, coming to America as a “Parachute Kid” makes the filmmaker feel ashamed of her “Chinese” and “foreign” identity.

Airport
(Switzerland, Croatia)
Director: Michaela Müller
An exploration of the place in modern society where the limits of borders, security, and tolerance are constantly tested.

Gusla ou les Malins
(France) US Premiere
Director: Adrienne Nowak
Adrienne goes back to Poland to see her grandmother and ask her family about communism. In their cozy kitchen she will learn about the spirits that haunt the Polish imagination and the unexpected superstitions used to face them.

Interstitial
(Japan) North American Premiere
Director: Shunsaku Hayashi
A hybrid project of a painting and additive animation exploring a spacelessness of humanity in the defined space of a canvas of a continuous horizon.

Mak
(USA)
Director: Natalya Serebrennikova
Searching for opium, Big Macs, and cultural identity, a teenager visits her hometown in Russia and finds that her best friend has already grown up.

The Realm of Deepest Knowing
(South Korea)
Director: Kim Seung-hee
A playful exploration of how knowing someone on the deepest level becomes a love that spans across objects.

Are you tired of forever?
(USA) World Premiere
Director: Caitlin Craggs
A surreal meditation on the experience of self.

I’m Not Sure
(Germany) World Premiere
Director: Gabriel Hensche
By confronting an App with Surrealist paintings I’m Not Sure explores the psychology of Artificial Intelligence.

No Stories Now
(USA)
Director: CT Bishop
Hopefully, in moving toward weakness, there can be recognition of false relief.

Silica
(Australia, UK)
Director: Pia Borg
An unseen location scout explores an opal mining town in South Australia in this sci-fi-laced essay film, which finds in this semi-deserted region both the traces of indigenous culture and remnants of cinema history.

AniMal
(Iran)
Director: Bahram Ark, Bahman Ark
A man disguises himself as a ram to cross a border into another land.
Cast: Davoud Nourpour

Clipping. – “Back Up”
(USA) US Premiere
Director: Anna Zlokovic
An unnamed filmmaker stumbles upon a horrifying discovery—an underground cult-like society where adults have baby faces and milk is the drug of choice.
Cast: Daveed Diggs, Antwon, Signor Benedick The Moor

Manila Death Squad
(Phillipines, USA)
Director: Dean Colin Marcial
An ambitious journalist challenges the leader of a violent vigilante group to a high-stakes drinking game. Its outcome may score her a scoop… or a bullet to the head.
Cast: Sid Lucero, Annicka Dolonius

The Order of the Orchid
(USA) World Premiere
Director: Alex Italics
A lonely spinster’s failed attempt at arranging flowers summons an ominous shadowy figure that sends her into a psychedelic netherworld to confront her own mediocrity.
Cast: Juliette James, Sean T. Randolph

Steve’s Kinkoes
(USA) World Premiere
Director: Emma Debany
A man copies posters for his missing (and dead) cat at an otherworldly 24/7 photocopy shop. What will happen to him if he stays forever?
Cast: Timmy Gibson, Chance Bartels, John Archer Lundgren