“1970s Independent Movies Had the Biggest Influence on the Look”: DP Markus Mentzer on Clara’s Ghost 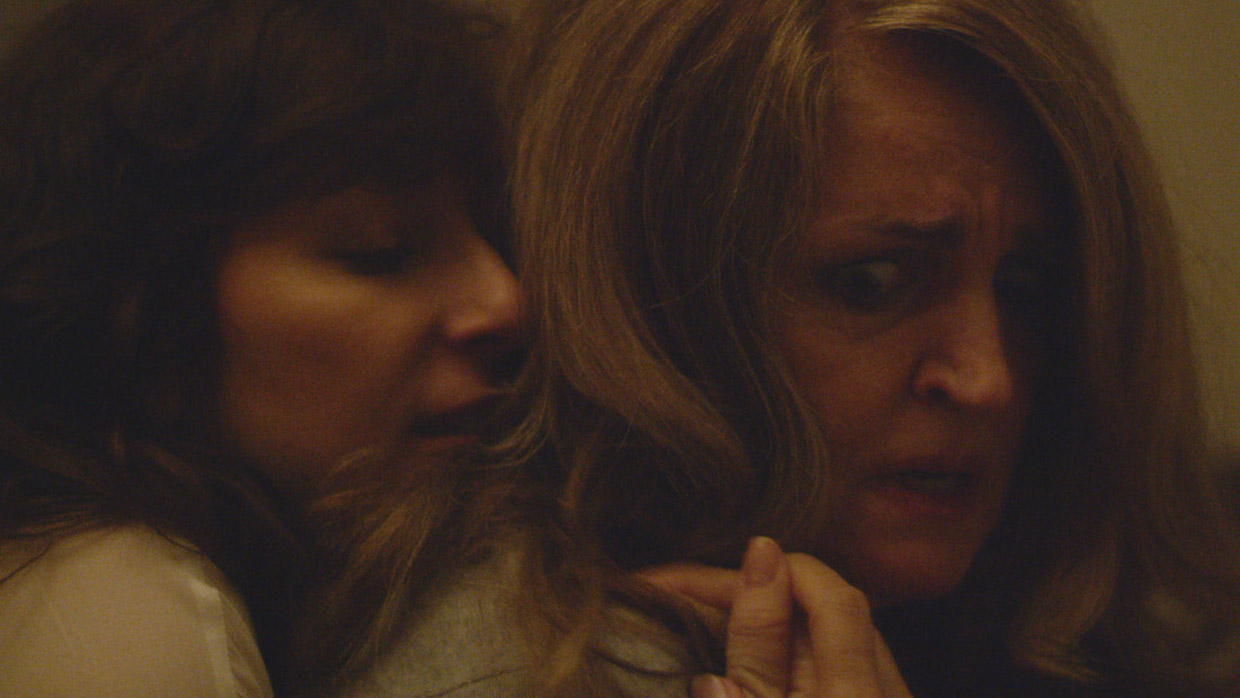 by Filmmaker Staff
in Cinematographers, Interviews, Sundance
on Jan 23, 2018

Bridey Elliott makes her debut as a feature writer/director with Clara’s Ghost, which premieres in the NEXT program at Sundance 2018. Elliott has appeared as an actor on Silicon Valley, Battle of the Sexes and Steven Soderbergh’s HBO series Mosaic. Her first short film, Affections, also premiered at Sundance in 2016. To achieve the specific, ’70s-inspired aesthetic she was after for Clara’s Ghost, Bridey hired DP Markus Mentzer. Mentzer makes his debut here as a feature film DP, though he worked as a 1st AC on last year’s The Disaster Artist and Detroit. Below, Mentzer goes deep on the logistics of shooting a feature in 15 days.

Filmmaker: How and why did you wind up being the cinematographer of Clara’s Ghost? What were the factors and attributes that led to your being hired for this job?

Mentzer: I shot a short in 2016 called Tond, which was produced by Sarah Winshall and starred Bridey Elliott. Soon thereafter, Sarah sent me the script for Clara’s Ghost and I fell in love with it immediately. When Bridey and I met to talk about the film, I think my enthusiasm for the script was pretty obvious and we clicked. We started talking about Woman Under the Influence and other Cassavetes movies, not only with respect to the look and style of those films, but also as inspiration for how we might physically shoot Clara’s Ghost. It seemed like we were already answering questions we had about the movie during the interview, and having a good time doing so.

Mentzer: Bridey and I wanted to incorporate some of the thematic elements of classical ghost stories set in New England towns. Although Clara is the central figure in the film, we felt that Clara’s house was in and of itself a main character. The house was a capsule for the pre-existing family dynamics that become enflamed during the course of the movie, so a fundamental goal was to visually express how it contributed to the isolation of each character. Bridey and I were very specific in staging the scenes, using 1970s movies as references. However, we also wanted to ensure that each actor had the freedom to move within a scene as they felt necessary. I knew early on that we would require two cameras for most of the shoot. I had done several movies with Barry Ackroyd, and he would often cross cover scenes with long lenses, using multiple setups, to find the key moments. Bridey loved this idea, as it allowed us greater flexibility and helped to define the ’70s look that served as our inspiration. Another important element was our use of handheld cameras, which we used to express the increasing tension between the family members. As the pressure builds throughout the story, so did our camera movement.

Mentzer: 1970s independent movies had the biggest influence on the look: Woman Under the Influence, Wake in Fright, Interiors, Images and Let’s Scare Jessica to Death. Visually, we also drew inspiration from Edward Hopper, Gregory Crewdson, William Eggleston, Bergman and Todd Haynes’s Safe. I liked the way they portray loneliness in everyday landscapes, and I wanted to reflect a similar aesthetic in depicting Clara’s isolation.

Mentzer: We had several obvious challenges to deal with during production: 1) we had just 15 days to shoot the 105 page script on a $300,000 budget, 2) scheduling was forcing us to shoot the majority of the movie day-for-night, and 3) working within the confines of one house with a 40 person cast and crew for the majority of the shoot. Bridey and I prepped extensively, and we were able devise a detailed shot list which helped us make our days. Our shot list also allowed us to pre-rig and leapfrog from day-lit interiors to day-for-night-lit interiors and back. As mentioned before, shooting with two cameras enabled us to cover our scenes quickly, as well as to shoot B-roll. This shooting style ultimately played into how we wanted the movie to look as well.

Mentzer: We shot on Red Dragons, with a 4:3 aspect ratio, in 6K at 2000 ISO. In chasing our ’70s aesthetic, we needed our look to emulate film as much as possible. I found that by rating the Dragon at a higher ISO, using vintage lenses with coatings that emulate that C-series anamorphic look, and by boosting the gain in the reds on the low end, we could begin to get that filmic look we see in so many ’70s movies. Reds have the advantage in being able to micromanage looks on the fly, and on an indie movie it’s a huge help. I did extensive tests with Guy McVicker and Ali Ivosevich at Panavision Hollywood, and we found these old Cooke zooms (20-60mm, and 25-250mm) that everyone shot with in the ’70s. They were t/4 stop zooms, but again the higher ISO rating helped us with that. For the ghost sequences, I wanted as shallow of a depth of field as possible to enhance Clara’s dream state. We shot these with a 29mm and a 55mm prime at a t/1.2.

Mentzer: Prior to lighting, I prefer to see a rehearsal. I want to be able to give actors as much flexibility as possible, and when we have a rough idea for where they might want to go, its much easier to stay out of their way. There were times during the shoot where we didn’t have time for that, but Bridey and I had most of those scenes staged already. During a rehearsal, you can see where light is supposed to come from naturally, and build on it. I like to establish a place where actors can tell their story, and then get out of the way.

Mentzer: Our kitchen scene at the end of the first act was the most difficult scene to shoot. It was a long 15 page scene, with all of our principal actors (including our dog), and with extensive set dec resets. Due to actor availability we had to shoot it over multiple days, and continuity was difficult to achieve. The only way to get through it was to just push through it, and all of our departments did a fantastic job – there’s no way to get through a scene like that without a crew that’s dedicated to the film.

Mentzer: When you shoot the Red Dragon at 2000 ISO, you are baking in low-level noise, and you don’t have any room for error exposure-wise on the low end. In addition to that, the lenses we used barely covered the sensor at a 4:3 aspect ratio, so occasionally you see lens vignetting throughout the movie. Both of these looks existed in ’70s movies so we embraced it. For the most part, we didn’t change any of our looks in the DI. We mainly used the DI to even out any variations in color temperatures and contrast due to our vintage lens package. In addition to that, I added a low level of film grain on top of the baked-in camera noise to get that ’70s film stock grain. Our colorist Kyle Krupinski did a great job at helping us even out the movie.