“The Courage to Just Give a Damn”: Editor Patrick Ryan Gass on HIV/AIDS Documentary Quiet Heroes 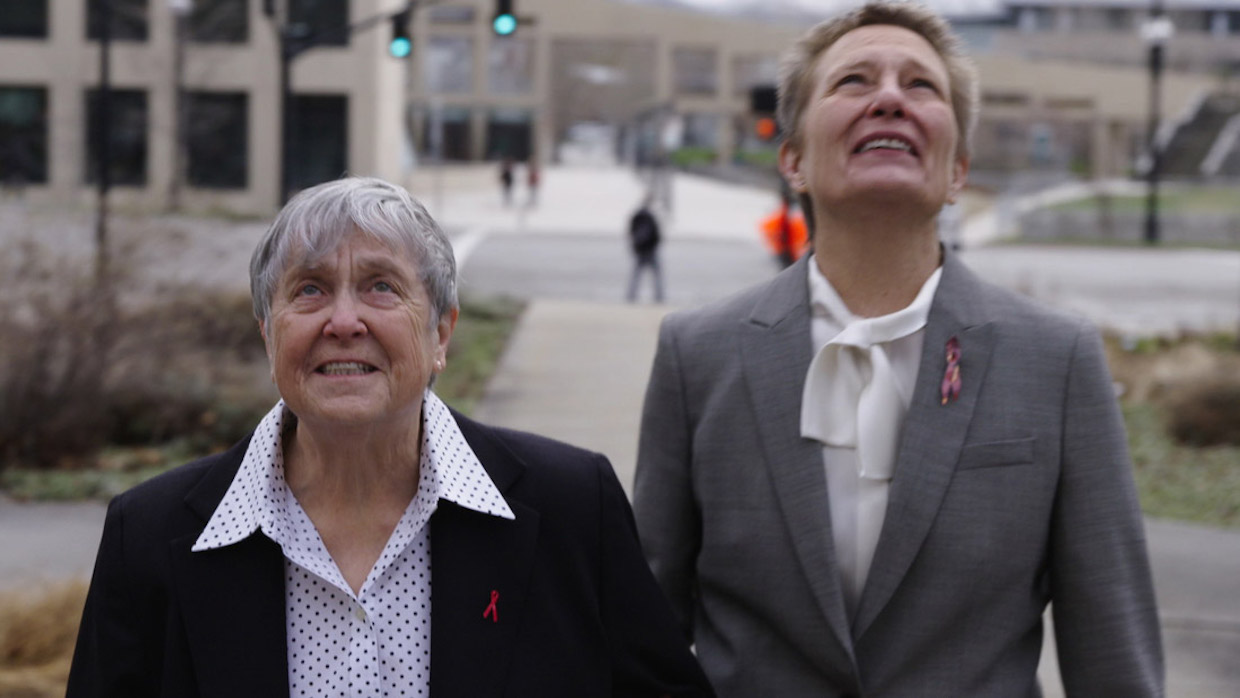 In 1981, Dr. Kristen Ries and her partner Maggie Snyder were the only medical professionals in Utah to treat people with HIV/AIDS. Jenny Mackenzie’s new documentary, Quiet Heroes, tells their story. Mackenzie previously directed similar healthcare-focused docs on childhood diabetes (Sugar Babies) and the opioid epidemic (Dying in Vein). Below, Gass spoke with Filmmaker ahead of the film’s Sundance premiere about being a self-taught editor and why this story needed to be told.

Gass: I had worked as editor for co-director and producer Amanda Stoddard on her previous feature documentary, 1 Revolution. So when it came time to edit this one, she recommended me to Jared Ruga (co-director, producer, and executive producer), and they brought me on board.

Gass: Quiet Heroes is a documentary about the AIDS epidemic outside a major metro area like New York or San Francisco, and the people who stood up and did something about it. For me it was important to not just present AIDS itself as an adversary to overcome, but also to highlight the fear and stigma that society creates when faced with situations like this. At the same time, this is a personal story about people’s lives and what they went through, so it was necessary to find a balance between the informational and humanistic sides of the story.

Gass: By the time I was brought on, most of the documentary had been shot, so after I became familiar with the story and characters, there was a meeting between Jared, Amanda and me. Using Post-It notes and a giant whiteboard, we outlined the story, listed the themes we wanted to tackle, and determined the order in which we thought those themes should be presented. Through the course of the edit, things changed as we found hidden stories in the footage, but that initial outline always gave a consistent blueprint to go back to. As things progressed, Amanda and I had countless mornings talking (and occasionally arguing) over different ideas. Then once things started to resemble a rough cut, we would schedule times where she, Jared and I could watch it together and discuss what was working and what needed to change. It’s a slow process, but having people who are invested in the project (all together in the same room, bouncing ideas off each other) always gave the best results.

Gass: For the most part I’m self-taught. I’ve never worked as an assistant editor or in situations where another editor could teach me their techniques. As a result, I started small. Early on, I worked on whatever I could find, often working for free just to get the experience. I relied on word-of-mouth referrals to slowly build up my portfolio, working on larger and larger projects as I learned from each one. I’ve also spent countless hours breaking down others’ edits I liked, shot by shot, frame by frame – everything from features and TV shows, down to Vimeo videos. That has influenced me more than anything, that paying close attention to how others have used music or not used music, built tension, showed emotion and presented pacing. I’ve also been fortunate enough to work with directors and producers who have pushed me to do better, while also giving me the freedom to experiment and figure things out organically.

Gass: Quiet Heroes was edited in Adobe Premiere Pro. The decision was made before I came on to the project, but it was chosen because of its convenience, availability and integrated cross-functional design. We just used a couple of iMacs and additional 5K monitors — nothing too fancy.

Gass: By far the most difficult scene to cut was where we illuminated the personal relationship between Maggie and Kristen, the two main subjects of the film. It wasn’t just figuring out how to tell that story, but at what point in the film it should show up. Their personal relationship evolved over time from working together, and I felt like that information needed to slowly develop, hinting but not fully revealing until the right moment. A big challenge was that Kristen and Maggie were the only two people that had substantial interview footage together, in the same shot. That normally worked out well because the close interactions between them — the lingering glances, the light touches — evinced their deep affection for each other, but I had to limit those moments in the first act lest I give away too much too soon.

Gass: Quiet Heroes is a historical documentary and at times relies heavily on photos and news clippings to help tell the story. We needed to find a compelling way to present these elements, so motion graphics and animations played a large role in keeping the film from just looking like a slideshow. Jared, Amanda and I worked very closely to weave a consistent look and feel throughout the whole post process.

Gass: Growing up in the ’80s I can remember the fear and stigma that surrounded the AIDS epidemic, but not until this project had I considered what the doctors who were brave enough to treat these patients went through. From getting medicine to patients who couldn’t afford it, to emotionally supporting people whose families had abandoned them, to the personal trauma that comes from knowing that — at least in the early years — your only medical treatment was hospice care. After hours of combing through archival footage and personal interviews I have a new understanding and respect for people like Kristen and Maggie who had the courage to just give a damn.