“A Political Thriller with Everything You Want to See in a Movie”: DP Bjorn Charpentier on Beirut 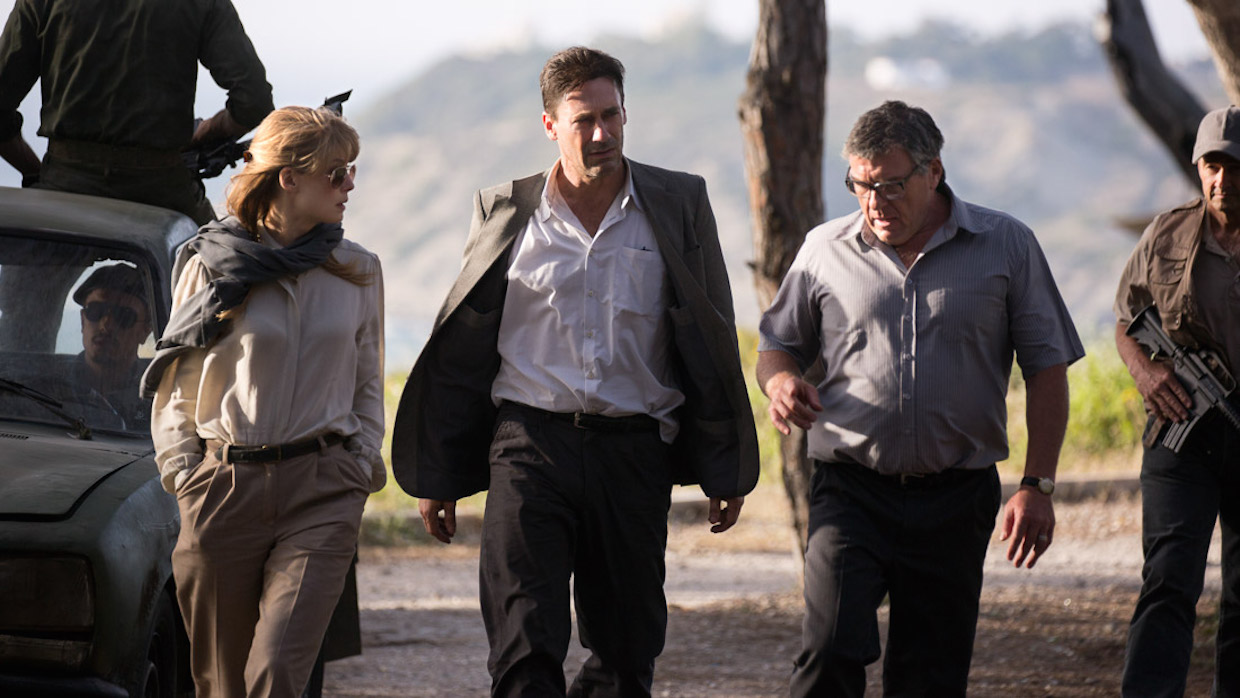 Director Brad Anderson returns to Sundance for a sixth time with Beirut, a political thriller from screenwriter Tony Gilroy (Michael Clayton, The Bourne Identity). The film stars John Hamm as a U.S. diplomat who returns to Beirut after his wife was murdered there 10 years prior. Belgium-born DP Bjorn Charpentier shot the film with the work of David Fincher and Roger Deakins in mind. Below, he gets technical with his approach to lighting and lenses on the film. Bleecker Street Media will release Beirut theatrically on April 13.

Charpentier: My Agent at WPA received the script from producer Steve Seata and said the director was open to new DPs. From the moment I read the script I knew this was a script I wanted to shoot. It is a political thriller with everything you want to see in a movie. I sent Brad [Anderson] some refs I had in mind after I read the script and we both had the same visual ideas.

Charpentier: Brad envisioned an energetic style. Everything happens in a few days so it’s fast and gritty. Everything was handheld and anamorphic to give it the right scope and kinetic feeling. It was more of a documentary approach and going with our instincts to give it a raw, unrehearsed feeling. We moved very quickly and my 1st AC Iura Bustiuc was amazing; he kept everything in focus.

Charpentier: My inspiration came from David Fincher’s films like Seven and Gone Girl as well as Roger Deakins’s work on Sicario.

Charpentier: We had to cut three or four days of our schedule but not really any scenes so we had a lot to shoot. My light plan was simple and fast. I lit almost every location 360 degrees, so there was basically never any downtime for the actors when we change the camera angle. The actors loved it because it helped them stay in character during the scene.

Charpentier: We shot on an Alexa XT. We had a lot of night scenes, some even in high speed, and the Alexa performs very well in low light situations. For the lenses we used two different vintage anamorphics: Elite anamorphic, which have a more romantic softer look and are very light sensitive, and Kowa anamorphic, which have harder flairs and are very compact. It was practical inside cars.

Charpentier: The light theory was that we light everything from within the location with lots of practicals and a lot of murky industrial lights and old fluorescents. No moonlight, no fill, no backlight. We wanted to keep it dark and dirty, but mostly real and cinematic. Given the aesthetic we were going for, I shot with a lot of reflected light, which meant that all the sources in the frame would have to be shiny – the walls and even the makeup. Together with production designer Arad Sawat and supervising art director Ian Bailie, we worked hard to achieve that. Makeup wise I did the opposite of what is normally done: I wanted the skin tones to be very shiny. So all my lights would reflect on the skin.

For the exteriors we did not diffuse sunlight on the actors; we kept it hard. For the night scenes, the streetlights we changed all the sodium lights with mercury lights. I never wanted to have sodium on the face. I allowed it in the background but never on the face. For the interiors, we didn’t want to have any white walls, so we painted or covered them. The new wall had to be reflective, so whenever we put a practical in frame it would come back several times in the walls, and by using different colors (tungsten, mercury) the color palette became very rich. Even the white drapes were having a cappuccino wash. Some scenes were only lit by three flashlights, others with only practicals in different colors, like the control room.

Charpentier: The end scene played at night in a place with no light. Explosions going off in the far end, there is a shootout and high speed photography involved, and because we shot everything in the summer there was a very short window of night time, and because of the style of the movie I didn’t want to have a moonlight effect. We had to keep our style dark and dirty.

Charpentier: I shoot the way I want the film to look in the final stage. I don’t want to create the look of the movie in post; it has to happen on set. I spent a lot of time with the art director to find the right practicals – old fluorescents – with the correct hue. In the DI I mainly worked on the black level and the saturation; all the rest was as it should have been.