“The Art of Silently Weeping While Pulling Focus at the Same Time”: DP Nick Higgins on Shooting Robin Williams: Come Inside My Head? 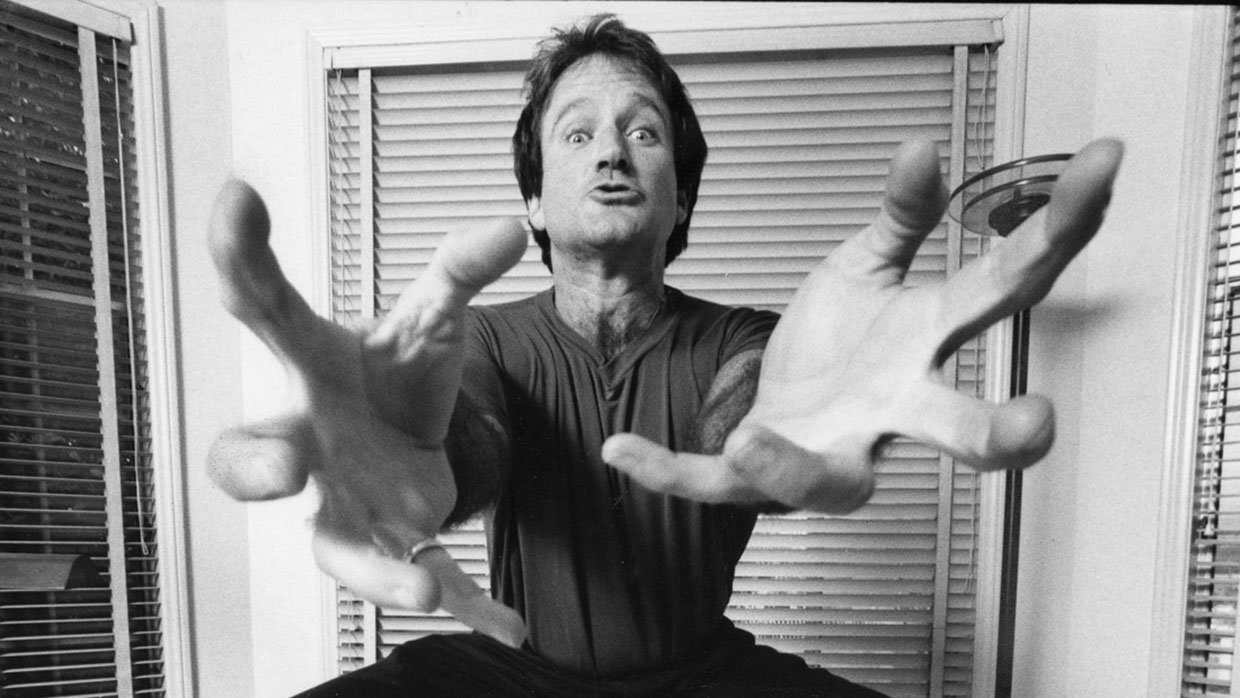 Robin Williams: Come Inside My Mind

by Filmmaker Staff
in Cinematographers, Interviews, Sundance
on Jan 18, 2018

Following Water & Power: A California Heist in 2017 and Roman Polanski: Wanted and Desired in 2008, Marina Zenovich returns to Sundance for a third time with Robin Williams: Come Inside My Mind, her documentary on the late comedic maestro. Documentary DP Nick Higgins served as one of four cinematographers on the project. Higgins was the sole DP on O.J.: Made in America and has more than 50 cinematography credits to his name. Below, he shares his thoughts on lighting documentary subjects and why he prefers to shoot interviews with a single camera. Robin Williams: Come Inside My Mind screens four times at Sundance 2018.

Higgins: A couple of years ago director Marina Zenovich’s film Fantastic Lies was about to have its TV premiere on ESPN; part of the roll out included a director’s interview that would play immediately before the film. I had just shot a couple of ESPN’s 30 for 30 series so I was well known in that world and was fortunate to be dispatched to Marina’s home to shoot the interview. It was a really great way to meet a director whose work I had admired but hadn’t actually met in person. We hit it off and talked about finding a project to work together on then. Funnily enough two years before this I did the same type of interview for a film that Ezra Edelman had produced and six months later I ended up working with him on OJ: Made in America.

Higgins: This was always going to be an interview-based production and because of the sensitive subject matter they were always going to be intense. I wanted to create interviews that allowed the viewer to focus on the memories of Robin Williams without drawing attention to anything else. To achieve this we had to create a working environment that allows the subject to focus on the content, not on the crew and the elaborate equipment that’s currently invading their living room. Marina knew she would need to be able to condense the interviews with editing so the modern choice would be to opt for two cameras. I have never been a huge fan of two cameras because one camera gets pole position but the other has a compromised eye line. The second camera can be close to the first but to my eye it’s not close enough. I had gone through the same creative thought process on OJ: Made in America and we had opted to shoot a single camera and to punch in on that shot if need be. That project was hailed a success so I felt comfortable proposing a single camera solution for this film. The delivery for this production was slated to be HD so the opportunity to shoot 4K and to crop in when need be was a great option. We rationalized that a single camera would make us lighter on our feet and would be much less intrusive for the people being interviewed.

Higgins: I’ve always been a big fan on natural looking interviews and placing contributors in a mise en scène that looks like the one you’d meet them in if you were having a coffee with them in their own home. There’s something grounding for the subject to be placed in a natural spot in their own home that I feel translates to the screen. I also believe that there’s subtle details in people’s homes that provide insights to their world so I do like to work in someone’s real world. In terms of influences I keep a folder of screen grabs of old masters portrait paintings that I flick through when I need inspiration. I like to remind myself that a large soft source coming from a window off screen to the left of frame has worked well for several hundred years. Occasionally I break from convention and key from the right but only if the room is set up that way or when someone reminds me that we just did the last three interviews from the left. Ninety percent of the grand masters keyed from the left 90 percent of the time. They really didn’t go for a 50/50 approach to the direction of key light, and I remind myself of this often.

Higgins: As with most modern documentaries we work with minimal crew and minimal equipment. On this production we had a camera crew of two, a DP and an AC. If the shoot is in town the equipment has to fit in a car and if its out of town it has to fit into three or four checked in cases. The final product is always expected not to reflect these facts. Another challenge is that sometimes a subject’s actual home isn’t available so we have to make do with a neutral space. In those circumstances you try to create a shot that is illustrative of the type of location the subject would feel comfortable in even though it isn’t their own space. In those circumstances I try to minimize the specifics of the room so any items in the shot aren’t misleading.

Higgins: We shot on the Canon C300 Mk2. In my humble opinion this camera is the work horse of the contemporary documentary world. Small enough to fit into a carry on Pelican case but robust enough to deliver the 4K goods, in camera. Lens wise I’ve been a big fan of the Canon L series f1.2 50mm prime. That’s been my go-to interview lens for a while now. That focal length works well in most of the rooms I find myself in. I like to shoot that lens at an f2 so I have a few inches of focus but the background drops off in a pleasant fashion in the typical room that we shoot these interviews. I also use a Zeiss CP2 85mm and a Zeiss CP2 35mm if the rooms don’t work well with the 50mm.

Higgins: I’ve always been a naturalist and a minimalist when it comes to lighting and I definitely subscribe to the keeping it simple philosophy. I strive to use as little equipment as is humanly possible. Artists have been painting portraits for hundred of years with a single source so I go into these challenges with that at the forefront of my mind. Of late I have been employing a second source that’s usually placed in the background to extend whatever ambient light is filling the space. This background fill light helps create the illusion of a third dimension in the two-dimensional world in which we operate. The result should look completely natural and the second light shouldn’t draw any attention to itself. If it’s not subtle the second light gets nixed. To make that happen I’m a big fan of dimmers and I’ll dial the lights down to the level that it’s only noticeable and no more. I’m proud at the end of the film when I see the shots and I have to check my camera notes to determine whether or not I really did use a second source. My goal is to make a satisfying shot that doesn’t draw attention to anything in the frame except the subject’s face and most notably their eyes. To me the key light reflecting in the eyes is what makes the shot, it brings a subject’s face to life.

Higgins: We shot an interview with Robin’s son Zak. An interview like this is always going to be an emotional challenge especially when the circumstances of the passing were so tragic. We need to enter a space like that with empathy while still doing the meat and potatoes of our job. It gets easier over time but there’s a cumulative effect on you when dealing with heavy interviews. I have definitely been working on mastering the art of silently weeping while pulling focus at the same time.

Higgins: To get the maximum dynamic range we shot Canon C-log2 on this film. The contrast ratio is certainly baked in with that log profile so the final finishing was a matter of fine tuning the overall contrast and the saturation.