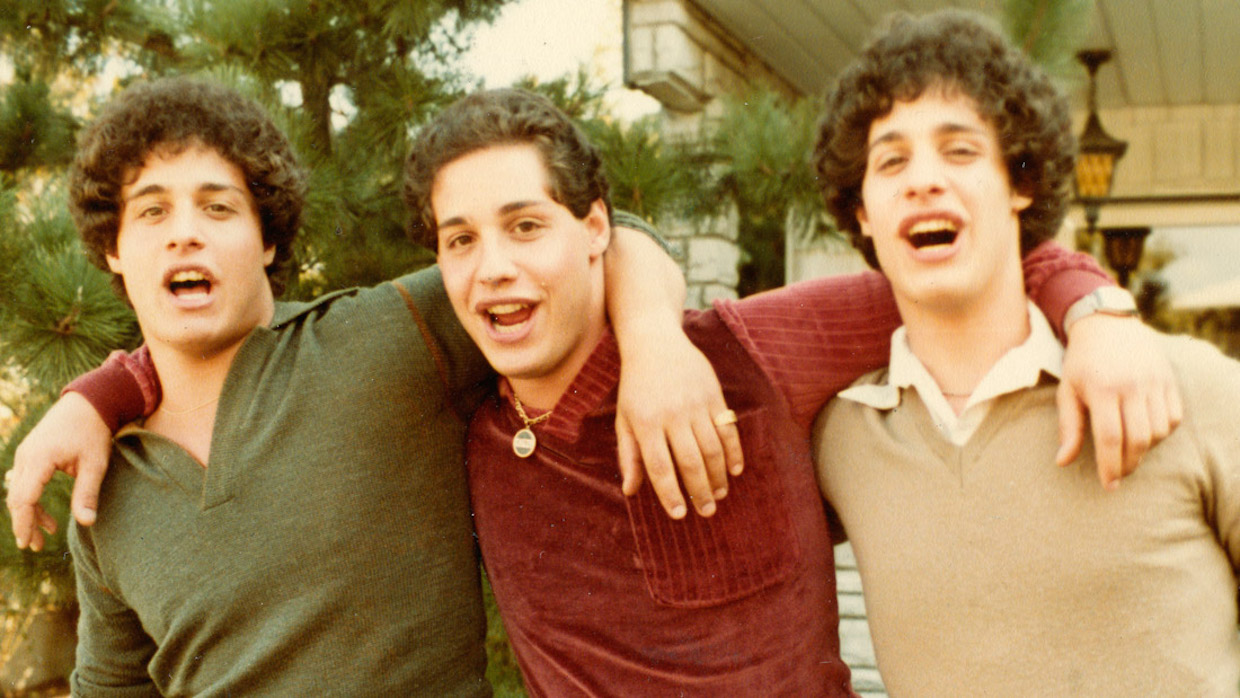 by Filmmaker Staff
in Cinematographers, Interviews, Sundance
on Jan 19, 2018

Three men make a remarkable discovery in Three Identical Strangers, a new documentary premiering at Sundance from Tim Wardle. The men, all strangers, learn that they are in fact identical triplets separated at birth. Wardle chronicles this real-life saga through dramatizations from the ’70s and ’80s, present-day documentary footage and studio interviews. To shoot the film, Wardle hired Tim Cragg, a DP with more than 40 credits as a documentary cinematographer. Cragg spoke with Filmmaker ahead of the film’s six screenings at Sundance about the challenges of filming Three Identical Strangers.

Cragg: I had worked with the director Tim Wardle on his previous film One Killer Punch. During the production of that film, Tim was quite far down the line on pre-production on Three Identical Strangers, so we chatted and explored various visual ideas together.

Cragg: I have shot a fair few theatrical documentaries, most of which have an element of dramatizing and actuality. As a DP in the genre you need to have the experience of drama filming (with a large team) and equally be able to shoot documentary where you have to react instantly to situations.

Cragg: We very much wanted the cinematography to be a supporting role in telling the story and not to draw too much attention to itself. The film has three visual palates: dramatization, which are set in the 1980s and early 70s, set studio interviews, and contemporary actuality. The heart of the film is the amazing story and we wanted our approach to be as sensitive and light-footed to the characters of the film. Most of the locations are in New York, in people’s apartments, so we had limited space for lots of film kit and crew and didn’t want to be too imposing a footprint.

Cragg: By keeping it real, in the moment. We shot the actuality on Angenieux zooms and used in-camera zooms to help get across the immediacy and realness of the moment.

Cragg: For the actuality filming I loved the work of Robbie Ryan in the film American Honey. It has a punk deconstruction to the hand held, an edge. For the dramatization we were inspired by 1980s college movies, the tones and color and a general upbeat optimism. Through both the actuality and the dramatizing we had a visual continuity of always being behind our characters, seeing the story from their perspective.

Cragg: We shot an Arri Amira; it’s a great documentary camera with the Arri look and feel. For the actuality I used an Angenieux Optimo 15-40 and 45-120mm, two great lenses, I love the slightly softer humanness they have, and they are small and light so great for handheld work. For the dramatization I used Canon K35mm primes, a great lens for the 80s period, soft and flare out nicely and have glowing happiness to them.

Cragg: For the actuality we wanted it to look as natural as possible, so where we could we supplemented the daylight, usually by creating negative fill and then maybe adding in a few lights. I use LED Lite Mats. For the dramatization we shot that all in Toronto and tried to light from the outside, generally 9K HMIs bounced into various cloths, keeping the interiors darker with a glow from the outside world.

Cragg: You witness real people breaking down emotionally, you are hearing their human story with all the pain and conviction, and unlike in scripted piece when it’s performed this is real and happening right in front of you. There were moments when I really wanted put the camera down and console them, but you know that it’s important to capture that for the film, but it’s a balance and sometimes it’s important to see the characters not just as contributors but as fellow human beings brave enough to share their story to the world.

Cragg: Tim Wardle the director and I had tested a few looks in the grade before we started filming. We also wanted to shoot the film in anamorphic and tested to see how the archive, which was mostly home footage and TV video material from the 1980s, stood up to this aspect. We felt we lost too much information and went for a 1.85.1 aspect. I unfortunately was shooting another film when the final grade happened but we shot RAW with LUT.