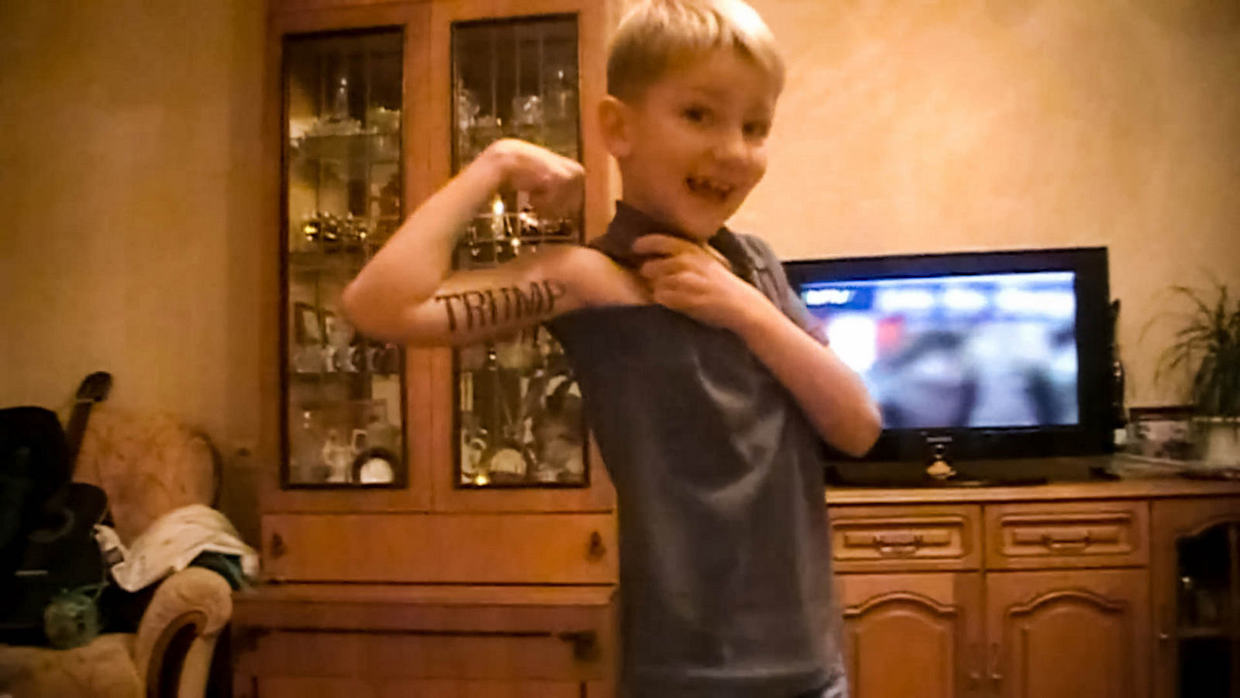 Two things shape my Sundance coverage this year — one purely personal, the other macro. The personal was recently reading Christian Metz’s Film Language, the kind of text normally consumed in undergrad cinema studies (not my major) but belatedly a worthwhile book all the same; I wanted some new tools to think about movies, and this fit the bill. The opening essays are recognizably Barthes-ian contemplations of i.e. what makes the moving image more plausible than a still image and the middle gets mired in a lot of precise definitions of paradigmatic vs. syntagmatic, but the finale is a surprisingly fiery, non-scientific broadside against the Plausible, a category Metz essentially equates with political and economic censorship. The Plausible is:

cultural and arbitrary […] always and everywhere the work that is bogged down in pure Plausibility is a closed work, and it adds no new possibility to the “corpus” of previous works in the same genre and the same civilization: The Plausible is the reiteration of discourse. […] Its function is to make real [and is composed of] that suspicious arsenal of devices and “tricks” whose purpose is to naturalize discourse and to hide control […] it is only where the Plausible intervenes that naturalization occurs.

I note this not as a passive-aggressive swipe at any film in particular (nor even at Sundance as a whole), but as a top-of-year earnest reminder that finding work that’s truly radical is rare, the resources to make it perhaps even more so. The wisdom of the Plausible is to be called out at every turn, because closed thinking leads not just to boring filmmaking but is part of the slippery slope to much worse things — which sounds hyperbolic, but which I do actually kind of believe. This borrowed observation (there’s much more in the book’s final chapter if you want to get really fired up) leads to the macro context: Donald Trump’s inauguration took place on the second day of last year’s festival, and it’s inevitable that, nearly one year into his presidency, he’ll hang heavy over this edition. Last year he was a spectral presence in a few docs: cameo’ing on TV in Quest, a topic of discussion in Dina, his inauguration impressively worked into the Gawker documentary that premiered two days later. One year in, people have had more time to deal with and integrate him, and I expect diagnostic coverage of This Year’s Themes to trend accordingly.

He’s front and center in opening night selection Our New President, a nightmare alternative-angle year-in-review compilation. Drawing (mostly upon) footage from Russia’s three news networks, in eight chapters Maxim Pozdorovkin’s President revisits the Donald’s electoral path to power through the Russian cultural detritus that’s part of the fallout. Russian TV reiterated conspiracy theories (the murder of Seth Rich! Hillary is doddering near death!) to shameless extents; thankfully, the film does not bother spending time to rebut these ideas. In some ways, President is Not Helpful: like many films that take a particular point of view, it’s unlikely to convince those predisposed against it. Theoretically, it’s a political weakness to not prove the alternatives to alternative facts, lest someone could be converted; practically, that would never happen anyway, so it’s more fun this way and wastes less time.

Depending on how much you’ve read about e.g. the international “news network” Russia Today or its flagship anchorman Dmitri Kiselyov, Our New President will be eye-opening (for the totally uninformed), a useful side-dossier (for Russiagate moderate-level students), or a morbidly amusing refresher/anthology of the kitschiest crass propaganda Russian TV can offer (expert level). Not just TV: I’m sure some of the many, many social media posts included here — shots downed in web-broadcast solitude in Trump’s honor, folk songs sung in living rooms to praise him, a pre-teen boy shouting “Trump, brother!” before his mom yells at him to ask why he’s being such an idiot — went viral (either via viewers for or against Trump) in Russia, but they were all new to me. As a morbid deep-diver into the worst conservative conspiracy theories the English-language net has to offer, some of this was still new to me — I’d seen memes about Hillary’s killer cough, sure, but not so much Russian astrological programs examining the “godlike” lines in Trump’s hands, as parsed by “experts.” There’s some monkeying around with music cues and speeding up and slowing down of footage, forms of editorial commentary/leavening that didn’t do much for me. But presumably not everyone wants to go on the deadly, untouched boredom of a purely archival expedition, and Our New President offers a grimly bracing reminder of what happens when tropes that have been made Plausible through ceaseless reiteration — in this case, love of homeland, the primacy of patriotism over all other pulls — become the only ones on national offer.

Any documentary which establishes from the get-go that it’s about three people but only has two of them available to speak on-camera is unavoidably signaling that there’s some kind of dark cloud surrounding the missing voice. In the opening minutes of Tim Wardle’s Three Identical Strangers, Robert Shafran retells a story he’s told many, many times since 1980: he arrived for his first day at Sullivan County Community College to be inexplicably greeted by strangers treating him like an old and popular friend, someone named “Eddy.” He turned out to look exactly like Eddy Galland, a student from the previous year who’d already dropped out; a two-hour drive later, Robert and Eddy met and saw a resemblance so striking it seemed they must be twins. So they were, born on the same day and adopted from the same agency. Their coincidental reunion was picked up by Newsday, and their photo made its way to David Kellman — as the title indicates, it became clear that it wasn’t twins but triplets who had been separated at birth.

I didn’t know the triplets’ story, so I found Strangers engaging in the moment despite a number of serious caveats I’ll get to in a second. The triplets had several media moments of impact, all of which I was too young to catch: their initial round of press on The Phil Donahue Show et al. in 1980, more profiles when they opened their now-defunct Romanian restaurant Triplets (click here for their chopped chicken liver recipe), and another round in 1997 when the Very Bad News the film is obliquely gesturing to from the get-go broke. (They also have this cameo collectively ogling Madonna in Desparately Seeking Susan that I forgot about.) There is value in seeing the brothers, well-rehearsed in their verbal paces though they obviously are, in their present-day form, as well during their media peak — none of the home movies or TV broadcasts appear to be online, at least not easily findable. There are some decisions I found flat-out irritating: the increasing application of Schindler’s List-somber violin in Paul Saunderson’s score to hammer home the tragedy of it all in the third act, the hand-holding decision to show again, at the end of each act, footage we’ve just seen not five or ten minutes earlier in a new context, presumed to be a twist when all the talking heads have already made quite clear how these images’ meaning has changed from what we thought earlier.

However, a few things bother me more than these caveats (and if none of those sound like things that would seriously bother you, and you’d like to see this spoiler-free, maybe stop reading here). The main thing is that, in doing my post-screening research, I found a Los Angeles Times article from 1997 that basically contains every single fact in the movie. The triplets, it emerges, were separated as part of a study that was concealed for years; something like 85% of what the movie recaps was already on the record in a piece that’s over 20 years old. To its credit, the film at least attempts to dig deeper by talking to some previously uninterviewed subjects, but they don’t learn much new. I’m also thrown off by the end credits, which tell us as that as the result of actions shown in the film some previously locked-up-til-2066 documentation was released — the phrasing is ambiguous enough that it’s not at all clear that it was the film itself, rather than something documented within it, which catalyzed action, and that makes the movie’s real-world value that much less clear.

There are some recreations near the beginning which, with their 1980 set dressing (mostly for the Sullivan County Community College opening) and anonymously filmed actors (mostly from the back), stand out as looking rather glossy and comparatively expensive without adding all that much to the film — they’re visual filler bearing little aesthetic relationship to the overall project. (That they’re inserted at the beginning, before extant archival footage/photos can be plugged in, suggests they were executed mostly to make sure the film didn’t have to work from talking heads alone in its opening stretch, which isn’t exactly a justification.) All these decisions aren’t dealbreakers on their own, per se, but collectively they speak to a kind of story-rehash filmmaking that doesn’t much make a case for why it should exist, aesthetically or journalistically.