No Poster is Better than an Amateur Poster: Five Takeaways from the IFP Narrative Lab 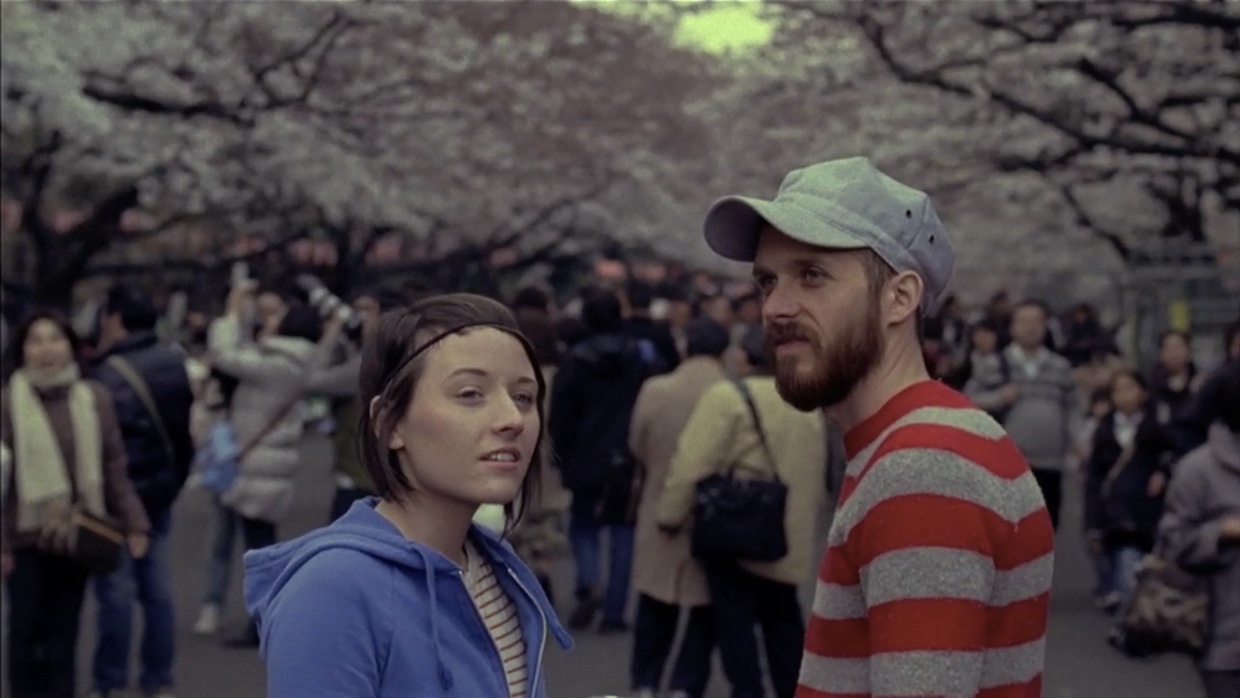 My first feature film, Kids Go Free to Fun Fun Time, is a drama/romance that takes place in three different countries, showing how a couple’s relationship evolves over the course of a decade. I have been working on this film for longer than I’d like to admit. I had little luck getting the funding or support needed to get the film done, but then I got accepted into the IFP Narrative Lab, and my world completely changed.

To talk about everything I learned during the IFP Narrative Lab would take about 40 pages, so I’m going to try and boil it down to the 5 biggest takeaways and add some tips I wish I had known years ago.

Amy Dotson— IFP Deputy Director, Head of Programming, and overall amazing human being — said it best: “The first week is going to be like trying to drink water from a firehose.”

The first week (out of three) is the Completion Lab, which is a ton of helpful info that gives you an overview for all the steps that lie ahead — not just for finishing your film, but also for starting your career. I always thought getting my film into a market festival and getting a distribution deal seemed like a dream come true, but I never took the time to consider what I actually wanted. What was important to me as a filmmaker? Was I in this to make money? Was my dream to direct a Star Wars film or to make personal films? If I had to choose between an SVOD deal that paid well vs. a small theatrical run which paid nothing, which would I choose? There are no right or wrong answers, since every filmmaker has different goals, but IFP helped me realize that the sooner you figure out what you actually wanted, the sooner you can come up with a game plan to help start your career as a filmmaker.

2) Think of the big picture.

During IFP Film Week (the second week of the IFP Narrative Lab), I had meetings scheduled with top-tier festival programmers, production companies, producers, distributors and sales agents. Being an unknown filmmaker, I was pretty nervous knowing I’d be talking to respected industry people I admired who could potentially help bring my film to completion. But Amy and the staff at IFP offered some valuable advice by telling us not to be so narrowly focused on our films. At the end of the day, most people in the industry are looking to create work they believe in with people they enjoy spending time with. Don’t look at each person as a target you need to convince to finish your film; instead, hang out and get to know each other. Then, if you get along, maybe someday you’ll be able to work together on something you both believe in. Once I opened myself to that idea, the pressure all went away and I was able to be myself and have a lot more fun.

TIP: There’s a way to meet people on the inside, even if you’re on the outside.

For me, so many people in the industry seemed inaccessible, but one distributor gave some great advice for people starting out. Many of the bigger people in the industry speak on panels at film festivals. Check out who’s speaking at a festival near you and ask to buy them coffee for a moment of their time. Since panelists usually have a good amount of free time during the festival, some would be happy to meet with a new filmmaker and hear what they’re doing.

3) Don’t flash the goods until the time is right.

Your stills, poster, and trailer are very important tools when distributing your film. If you do it right, these promotional materials can help you get press and attract a lot of attention for your film. If you do it wrong, it can make your film look amateur and even dissuade potential distributors. So what do you do? In the Distribution Lab (the third week of the IFP Narrative Lab) we learned not to post any trailers, posters or more than one still until your festival premiere. Why? Posting an amateur trailer or poster online that’s already been seen and shared makes a distributor’s life harder, because they’re not working with a clean slate. Distributors are the ones who make a living by creating the best promotional material possible to sell your film. It’s harder (and sometimes impossible) to erase something that’s already online, so avoid giving distributors the difficult task of trying to change the image of the film that you’ve prematurely presented to the world. It’s better to have nothing out there and keep the mystery alive.

TIP: Use your promotional materials effectively.

Another reason to keep all your promotional materials hidden is so you can use them to get press for your festival or theatrical premiere. When reaching out to people to do publicity, it’s a much easier sell if you can give them something exclusive. Asking a website to post your trailer when it’s a year old and already has a few thousand views isn’t nearly as enticing as giving them something no one else has ever seen. So, although it’s tempting to share some great stills or a trailer as soon as you have them, in the end, you’re only making it harder to get publicity for your film once the time is right.

IFP picks ten narrative films (and ten doc films in a separate lab) and everyone comes out to NY to go through this experience together. On the very first day, we all introduced ourselves and watched ten minutes of each other’s films. I was so impressed and inspired by everyone’s work and, after a few drinks, we were all professing our love for each other’s films, giving group hugs and becoming fast friends. Every film was completely different, but each was a serious passion project by a talented filmmaker who wanted to tell a story that was important to them. I’m so grateful that we got to share our experiences with each other and now are able to help and support one another as we all go on this crazy journey together.

Outside of your little lab group, you’re also brought into the IFP family which connects you to so many wonderful people. Amy, program manager and producer Zach Mandinach and the IFP gang are very generous with their time and are happy to introduce you to people they know. Each filmmaker is also assigned a mentor, which I first thought meant a single phone call with someone in the industry — but my mentor has given me advice and guidance for over 6 months now and has helped me out in so many ways.

TIP: This should be obvious but…

Although it’s great to celebrate with your new filmmaker friends at the parties, don’t get carried away and get hammered and make an ass out of yourself in front of the entire indie film industry ;)

Throughout the lab, there is a constant flow of IFP alumni who were willing to share their stories: the good, the bad, and the ugly. This helped us paint a fuller picture of what it’s really like to make a career for yourself in indie film. We heard the “classic” success stories about filmmakers who got into Sundance and got distributed in theaters around the world. We also heard stories of filmmakers who didn’t get into any of the big market festivals, were utterly devastated but in the end, found a different path. One filmmaker told us, that although his film didn’t get into any of the market festivals, he received great press in numerous cities from the regional film festivals. This caught the attention of one of the big SVOD platforms which made him a generous offer to distribute his film. These filmmakers helped me understand that there is no single path to success. Every film and filmmaker will go down their own path and I was excited to begin the first few steps of my own.

My final tip for any first-time filmmakers who feel like they need support is to start researching and submitting to any of the well-recognized talent labs and camps around the world. I feel very fortunate to have been accepted into the IFP Narrative Lab. It changed my world completely and I’ll be forever grateful for all the friends, knowledge, and memories the experience has given me.

The IFP Narrative Lab is open for submissions from Jan. 18th to March 5th.