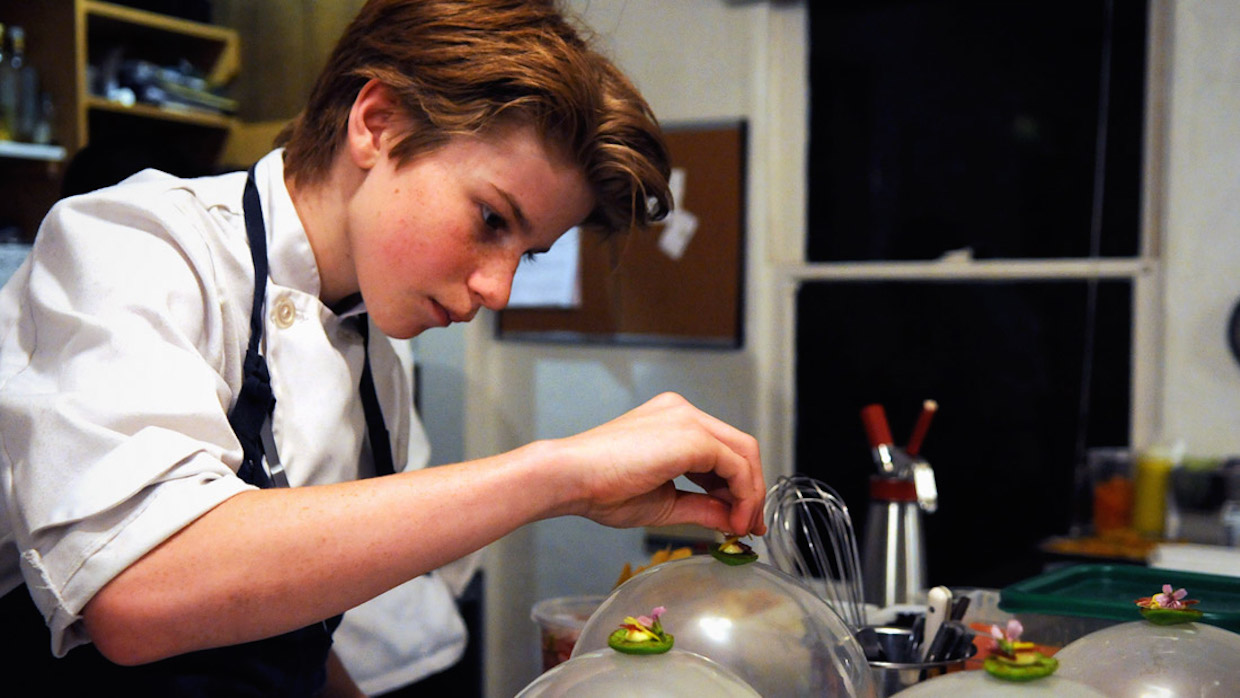 Crafting a documentary that’s been filmed for over a decade by many different people with countless cameras was an endeavor of structuring chaos, and credit goes to our dauntless editor Hannah Buck. After staring glassy-eyed at our screens for hours one particularly distressing day in the fall of 2016, we canceled work for the rest of the afternoon and took a film team outing to see Pipilotti Rist’s exhibition at the New Museum. The chaos outside dimmed, as we fell into the cushions embrace and were mesmerized by the Pixel Forest’s sound and video installations. We continued to take field trips throughout our edit, from cinematic excursions to discovering new restaurants and dishes recommended by Flynn. Realizing how important it was to get away from the computer and out into the world to experience art and food while working on our own storytelling, these experiences bonded us as a team and inspired us to create.