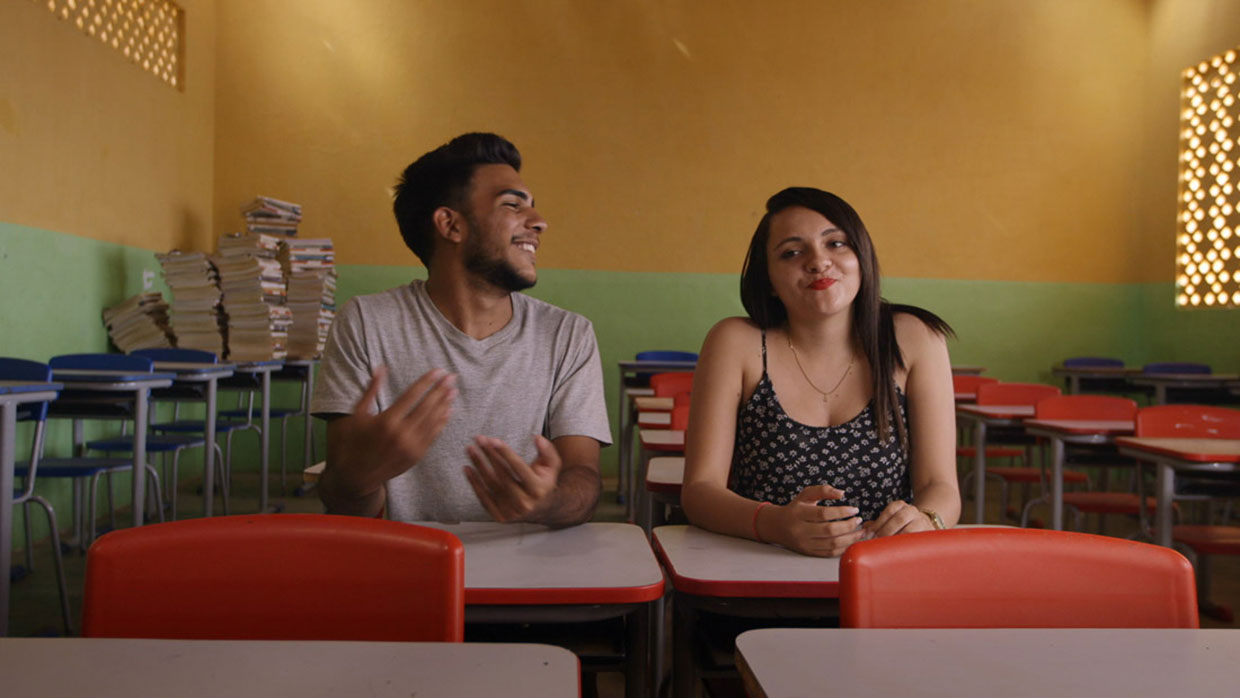 Before making our first feature film, we were both investigative reporters. We’ve spent a dozen-plus combined years hanging out with drug dealers, pimps, warlords and cartel kingpins in some sketchy places, so we were pretty used to working in hard-to-predict environments. We naively thought that making a light hearted documentary about the science fair would be a break from that sort of chaos. But then we got word from the folks who run the science fair that we would only have five press passes to follow the 10-plus characters we had been filming with over the past two years. That left us comically ill-equipped to cover everyone during the week of the international science fair. The only thing we could do was embrace the chaos of following a dozen teenagers in downtown Los Angeles, many of whom were away from home for the first time.

The team we chose to cover the science fair with us was comprised of people more used to filming drug busts than nerd conventions. It was like Nightcrawler except instead of car crashes and crime scenes, we were constantly racing to the scene of teenage drama. We were incredibly nimble and able to adjust quickly to events as they unfolded. But sometimes we just got lucky – like when our whole team happened to be together and rolling during a very tense moment in our documentary when three of our characters learn they might not be able to compete because of a possible rules violation.
We even made a game of being woefully understaffed. At the end of every (very long) day, we would check our health apps to see who covered the most ground. We were averaging more than ten miles a day each. That’s probably why Cristina wound up fainting one afternoon – a small price to pay for embracing the chaos.