“I Had to Face My Phobia of Using Lights”: DP Hatuey Viveros Lavielle on Night Comes On 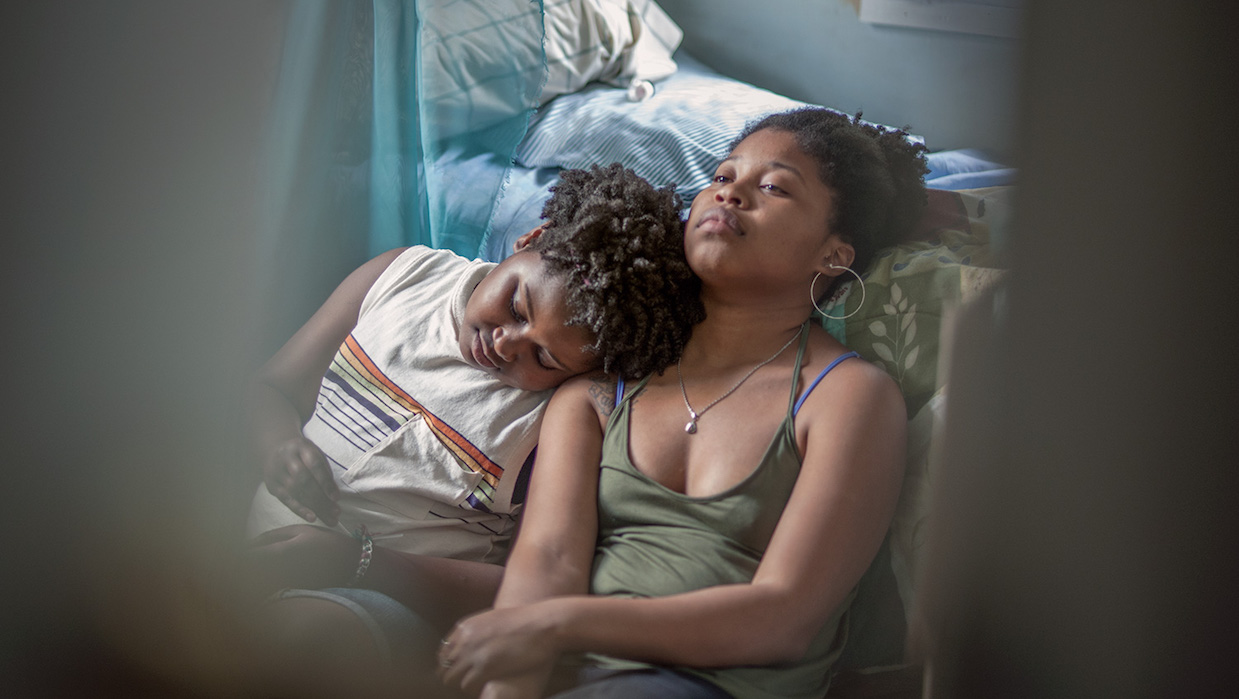 Tatum Hall and Dominque Fishback in Night Comes On

For her first directorial feature following three shorts, Night Comes On,  actor Jordana Spiro reteamed with DP Hatuey Viveros Lavielle. The feature follows a young woman just released from juvenile prison (Dominique Fishback of The Deuce), whose plans are derailed when she’s unexpectedly reunited with her 10-year-old sister (newcomer Tatum Marilyn Hall), who’s been placed in foster care. Prior to the fest, Lavielle described her collaboration with Spiro and affinity for natural light as forces shaping Night Comes On.

Lavielle: Jordana invited me to collaborate on her first short film, Skin. I believe it was on that project that we had the opportunity to get to know each other and discover our aesthetic and film affinities; from that moment on, we strengthened our way of communicating and sharing our creative processes. I think that was the foundation that allowed me to embark on a new and bigger adventure. Sharing the same vision about what we consider important and having the ability to communicate in difficult situations gave us a chance to find solutions with creative liberty, and that has been the basis for concretizing this project.

Lavielle: The hope for this film was to work with diffuse lighting over the actors’ faces to privilege the volume and their expressions. We used the color from the background and the wardrobe to create a relationship of contrast to swathe the characters. I wanted to give the actors liberty in their space to avoid at any cost to set up elements of illumination. In order to accomplish this I had to illuminate the spaces from a distance through doors, windows and the locations, working preferably with reflectors of natural light and diffusers. The final result is absolute liberty for the actors in their space, in an atmosphere with natural lighting using contrast to accentuate their expression.

Lavielle: We explored several plastic universes but it was Petra Collins who became a constant reference. Jordana likes her atmospheres. I also found the work of a painter, Romare Bearden, and I loved it. That gave me the tools to trace an aesthetic approach.

Lavielle: The biggest challenge was to work in an efficient manner with the least time and still maintain our aesthetic goals. It was during the night scenes that this challenge was made more visible for our illumination processes, I wanted soft lights, diffuse and focused on their faces (This statement contains some contradictory elements technically), so I needed allies to solve it and thinking of the brightness and texture of the crystal is what made me choose the K35 Canon optic. The gaffer’s job was fundamental, precise and neat. The effort of both the production and direction to choose together the locations in relation to the sun’s trajectory and the filming schedules in relation to the light was crucial for filming some of the day sequences and to feel happy about the final result.

Lavielle: We worked with an Arri Alexa mini camera with a set of Canon K35 lenses. After some testing, I chose this combination because of the result in the texture of the image and the agility that the camera provided for setting the terms of shooting in many locations, a lot of work with the camera in hand in limited spaces.

Lavielle: I have always been terrified that the lighting becomes evident and that one can discover its intention. In contrast, I like to think of spaces more like atmospheres that accompany the characters in their human experience. This may be the reason that I like to work with diffuse lights; I think that they are less leading and that they come along very well with the expression of faces. I believe in the power of natural light and the logic that it seals to the work during the shooting, creating neat spaces in which the objects give liberty to the actors for their interpretations. At night, I like to use very luminous optics in order to trap the atmosphere lights in the background, which I accompany with soft lights accentuated on the characters.

Lavielle: The night scene on the beach was very complicated for me because of the obvious darkness and I had to face my phobia of using lights. We didn’t have the capacity to illuminate big areas but I still wanted the characters to be accompanied by the elements in the background in order to enrich the scene. We solved it by using a light on a difusion ball that worked as backlight for the characters but at the same time it illuminated the background, then we illuminated the characters with diffuse lights fuelled by batteries that we could move at will. The complexity of the system in our context, added to the cold weather and the intricacy of acting made us come to border moments, technical, emotional and of time consuming.

Lavielle: I like to work with a direct cinematography, meaning that very little is touched in the digital process. This is why we were assisted by the post production escentially to give consistency to the final aesthetic result, accentuating some of the values of the image. We may have focused more specifically to work with the color in order to strengthen some atmospheres that favor characters emotions.