“I Have No Idea How My Little Sony AS7 Camera Survived”: Director Cody Lucich | Akicita: The Battle of Standing Rock 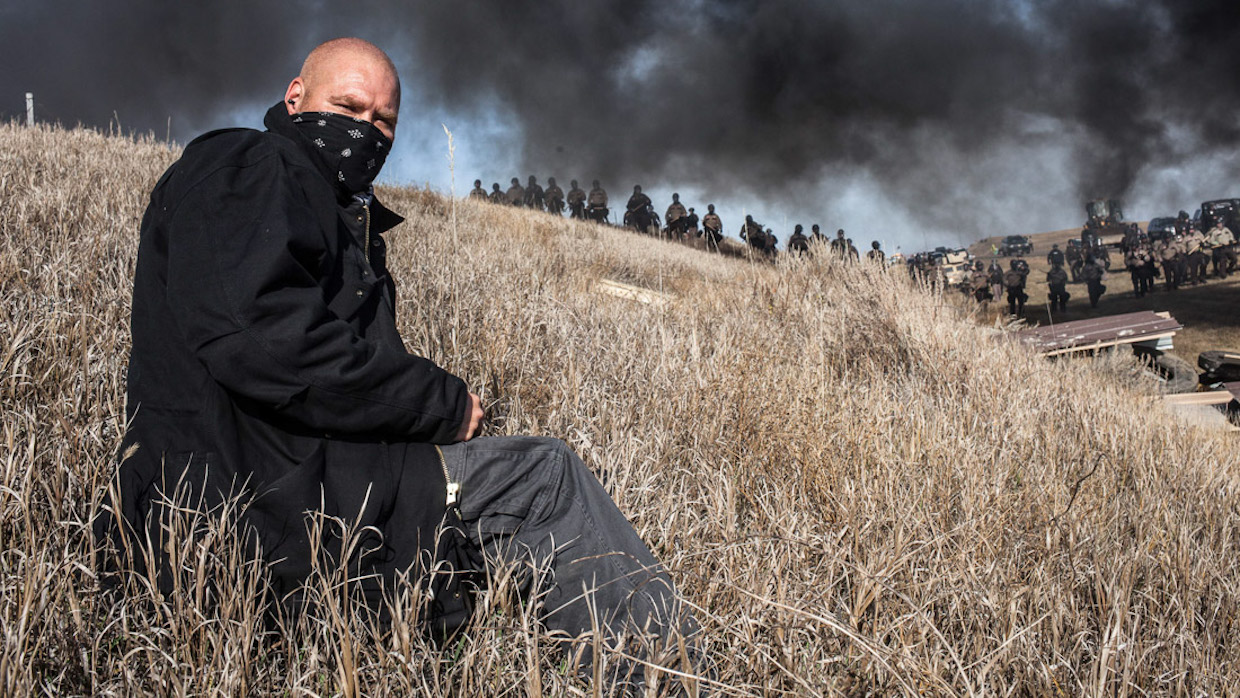 Akicita: The Battle of Standing Rock

by Filmmaker Staff
in Sundance, Sundance Features
on Jan 28, 2018

I was at the complete mercy of the story. There was no planning or control. I couldn’t go out and plan a shoot, or figure out when the story was over. I had absolutely no idea how long “production” was going to go for. While we battled a pipeline at camp, I shot for eight months straight. I lost four or five drones during that time that were either shot down or taken over. I was maced, hit with rubber bullets and I have no idea how my little Sony AS7 camera survived through all of it; all I know is its still caked with tear gas and mace. Many times when I was filming, I would shoot with the camera, put it down, fly the drone and then come back to the camera. Getting there in August, I don’t think any of us knew what the movement would turn into. So I just kept fighting and filming. We were out in tipis and yurts, so there were no drive backups. I dug a hole inside my tipi to keep it safe from police and security when I would go out on an action.

The edit presented its own challenges since I had somewhere between 1,500 and 2,000 hours hours of footage. But somehow, there was beauty in the chaos and the film speaks to that. It captures what it felt like to be there.