“Living in a Culture of Heroin Production”: DP Matt Porwoll on The Trade 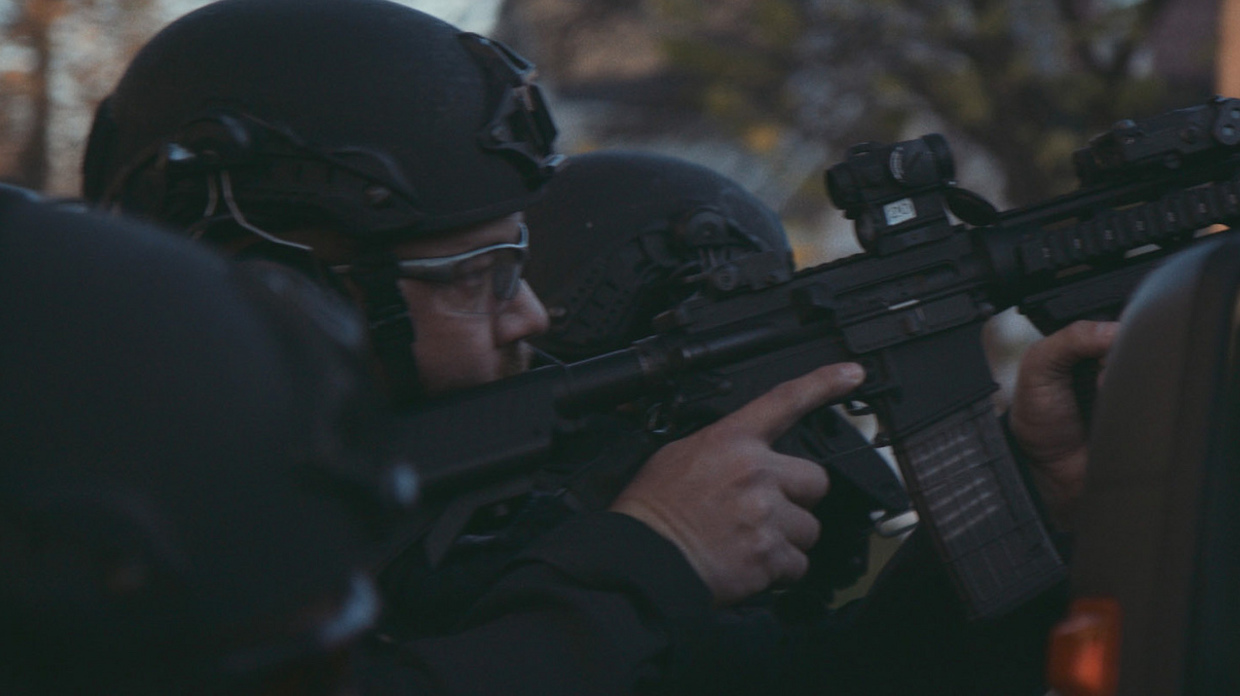 Expanding on the subject of his first feature, the both-sides-of-the-border drug wars documentary Cartel Land, director Matthew Heineman’s latest project is a five-part documentary series for Showtime. The first two hours premiered at Sundance. Prior to the screening, DP Matt Porwoll explained the difficulties of working on a project following both drug cartels in Mexico and stories of addiction and counter-law enforcement in the States in multiple cities.

Porwoll: When Matthew Heineman first mentioned The Trade to me, he really wanted to keep the look and feel consistent to what we did on Cartel Land. That meant we needed to bring back as many people as possible from the previous team. We had the same editors, colorist, post sound mixer, and field producers, as well as myself as series DP. Because of the scale of this project, we also brought in some new faces to the team who seamlessly fit into the style of the project.

Porwoll: With The Trade, we didn’t want to take the typical approach to films about heroin that mainly focus on the drug use itself, but rather take a deep dive into the lives of those most intimately involved. We wanted the audience to see life through the eyes of our subjects to better understand the complexity of struggling with addiction, dealing with the challenges in law enforcement and living in a culture of heroin production. This approach requires a lot of time and energy building relationships with our subjects to appropriately tell their stories. We needed the style to be real, yet cinematic, so as to better inform the emotional journey of our subjects.

Porwoll: I come from a background in traditional verite filmmaking, so the work of the Maysles brothers, D.A. Pennebaker and others have always inspired me. Matthew and I also felt the work we had done on Cartel Land informed the approach we wanted to take with this project.

Porwoll: This approach to storytelling requires a deep trust and respect between the subject and filmmaker. To achieve this, we needed to keep the crews small and consistent. Each team consisted entirely of a producer and a cinematographer, who also did their own sound. Everyone on the project was dedicated to their storyline line 100% through the entire production process. This posed many challenges, such as limited support in the field, managing camera and sound simultaneously and being emotionally drained from the oftentimes tough scenes we were a part of. But without these challenges, we wouldn’t have been able to achieve the story we were after. I am forever grateful for the teams that gave it their all on this project — my fellow cinematographers Max Preiss, Ross McDonnell and Peter Hutchens, our producers Damon Tabor, Myles Estey and Brent Kunkle, and incredible showrunner Pagan Harleman.

Porwoll: We shot on the Canon C300 MarkII with EF lenses. We needed a camera that was small, good in low light, had high dynamic range and capable of recording good quality audio. To me, there was no better choice than this setup.

Porwoll: The approach to lighting was entirely natural. We never wanted to augment the space with lights. This is why we chose a camera to give us maximum flexibility in a wide range of shooting conditions. Each team carried a Litepanels Astra Bi-Color that was used for our interviews.

Porwoll: There were many challenging scenes in this project for all three storylines. For Damon Tabor and I, the most difficult scenes to shoot were when our subjects were actively using heroin. These scenes are intensely raw, emotional and intimate, making our presence and choices in shooting position quite sensitive. We had to be respectful of the process to show the experience from their perspective while also separating our own emotions from the moment. This is where our relationship with our subjects allowed us the trust required to achieve these scenes.

Porwoll: We shot all of our footage in Canon Log3 and exposed off of the camera’s internal Rec709 LUT. Seth Ricart at RCO did the color grading of the series. We decided to create a unified look to all three storylines to add cohesiveness to the intertwining stories.