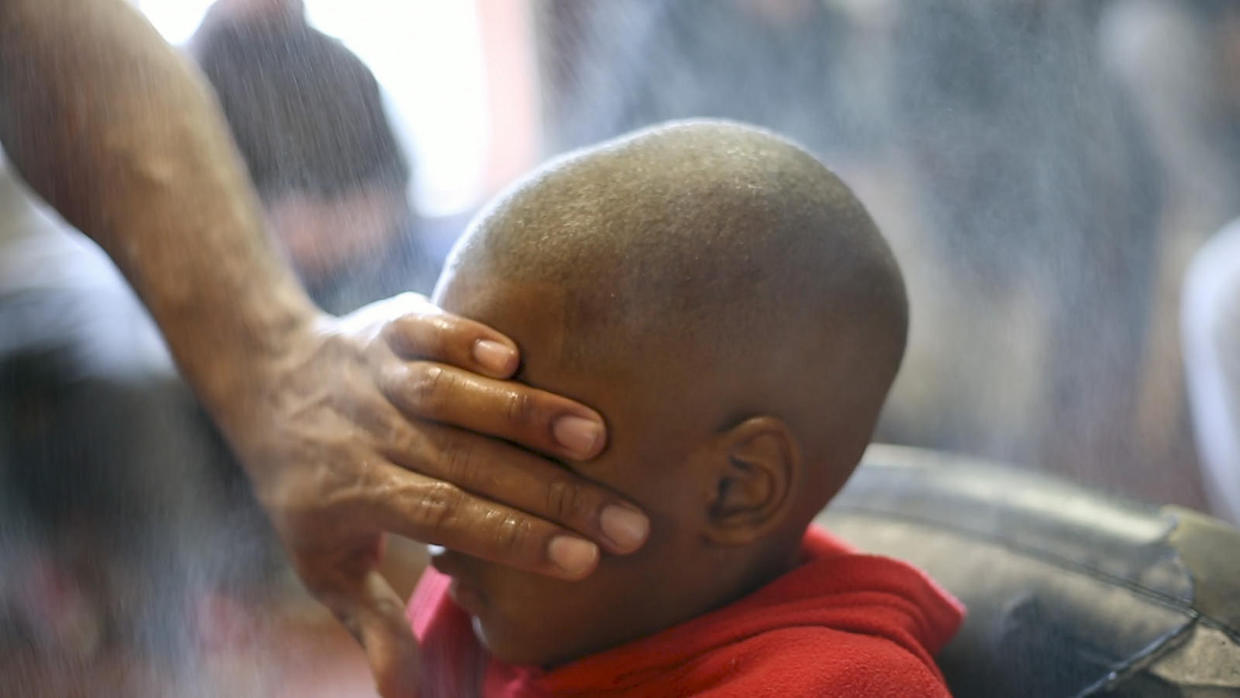 For its 15th edition, the doc-centric, hybrid-friendly annual True/False Film Fest has unveiled a lineup of 40 features, with no less than six world premieres. Black Mother, Khalik Allah’s keenly-awaited follow-up to Field Niggas, is one, as is América, the feature debut from Chase Whiteside & Erick Stoll (profiled in last year’s 25 New Faces of Film). Here’s the lineup; shorts will be announced tomorrow, with the full schedule released on Saturday. For more information, visit the festival’s website.

The director idolized her glamorous aunt, whose political past holds dark secrets. (Presented by the Kinder Institute on Constitutional Democracy)

A colorful trio of Mexican brothers are called home to take care of their grandmother in this playful and tender family portrait.

A group of larcenous college students obsess about freeing a rare edition of Audubon’s “Birds of America” in this white-knuckled heist film.

Under cover of the night “António” and “Catarina” tiptoe around each other in this introspective character study.

In this lushly photographed film, an Americanized mother and son return to their Mexican village where the telephone becomes a lifeline.

A spiritual journey through Jamaica, the island in the sun, a place of unparalleled resilience and beauty.

This disturbing slice-of-life probes the limits of our understanding of Issei Sagawa, an admitted murderer and cannibal, and his caretaker brother Jun.

The daily lives of Marines in Afghanistan as filmed by active duty combat cameramen from the ultimate insider’s perspective.

Young Matej just can’t seem to catch a break – but now he must rise to the occasion of being a father.

Opening with a kidnapping at gunpoint, this single-shot film finds its director, alone, embedded with a group of threatening Ukrainian soldiers.

Introverted Gabriella and extroverted Aldo are at a crossroads in their five-decade-old marriage.

Brazilian director Fellipe Barbosa retraces his adventurous friend’s last days in Africa with the help of the real people who met him.

Anti-hero Nick Bollettieri, the quintessential tennis coach of the last 40 years, sports an ego that knows no bounds, causing a rift with celebrated student Andre Agassi.

Seven Irish monks, holding on faithfully to their fragile monastery, confide their most tender secrets.

In this spectacular and eventful journey, Kabwita hand-delivers charcoal to a faraway marketplace against epic odds.

Relying on a rich trove of self-shot videos, this film charts the incendiary art and politics of Maya Arulpragasam, better known as M.I.A.

A seasoned Al Qaeda sniper in Syria readies his 12-year-old to follow his footsteps in this never-before-seen immersion into the world of radical jihadis.

By turns hilarious, exhilarating, and terrifying, this deep dive into the world of Russian (fake) news offers critical lessons about 21st century propaganda.

A sometimes winking, sometimes eye-opening, cabinet of curiosities of peculiar games and sports, gorgeously shot all over the Mediterranean.

The Price of Everything (dir. Nathaniel Kahn; 2018)

Modern art is now a bankable commodity where art-stars like Jeff Koons and investors succeed wildly, leaving others in the dust.

A young rodeo cowboy navigates health and family after a potentially career-ending injury, in this lush mashup of doc and fiction.

Fighting from within a Kafkaesque bureaucracy, a small group of committed crusaders make a stand.

An impressionistic portrait of an individual who reaches for glory, falls short, and tries again.

This convincing environmental rallying cry offers a trip to the center of the world’s mysteries.

Delicate scenes of village life anchor moving interviews with a survivor of the Great Famine, a subject still taboo in China.

A misfit band of young women shoot Singapore’s first independent movie with the help of a shadowy mentor, then the film mysteriously vanishes.

In the dog-eat-dog world of modern China, Dong wanders aimlessly, looking for romance – and the meaning of life.

A group of strangers cross-examine their tangled group dynamics, until the director must intervene.

Separated at birth, Robert, Edward and David become pop culture icons in the ‘80s after discovering they are identical triplets, then things get weird.

In a small seaside town in Cuba, Mariela longs for the elusive American Dream, while her fisherman husband Pita tamps down her wanderlust.

Fashionista Vivienne Westwood, who invented the look of British punk in the ‘70s, now owns a sprawling empire, but remains a singular iconoclast.