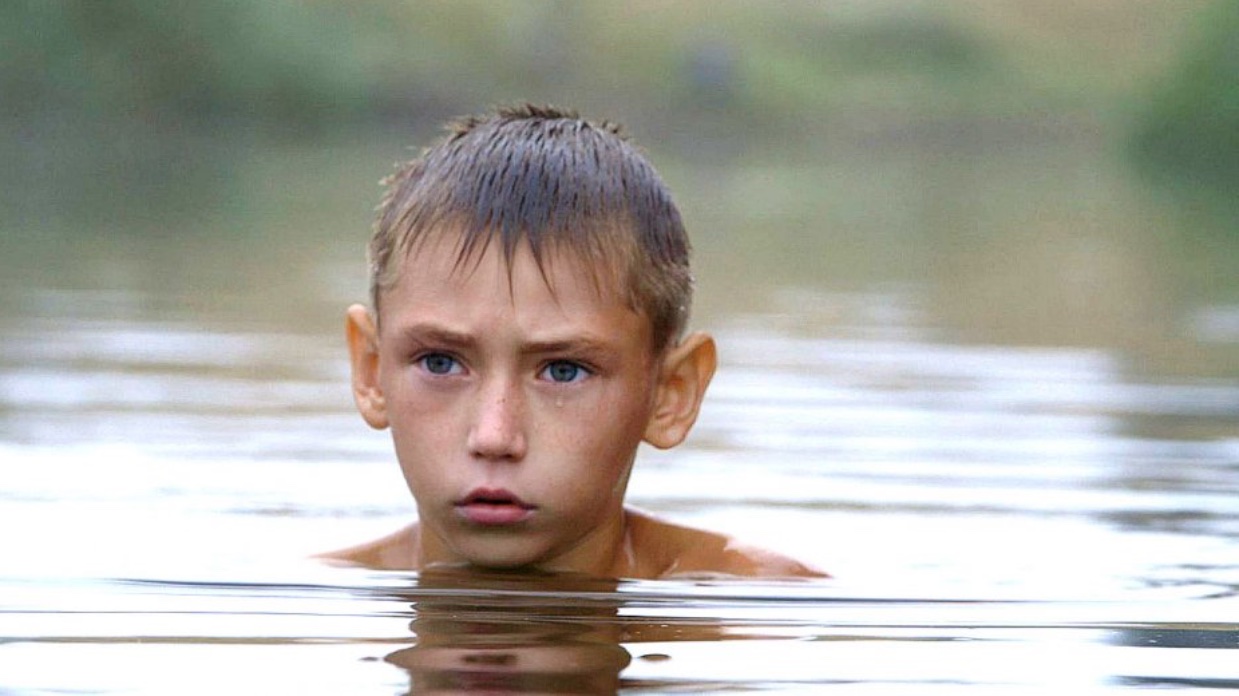 The Distant Barking of Dogs

The boundaries between these two genres [fiction and documentary] are porous. One must feel a documentaristic texture in fiction and create characters in documentaries. – Agnès Varda

It’s at once deceiving and heartening to attend a film festival in a gloriously beautiful place that appears to be thriving, not only with arts and culture galore, but what appears to be a robust consumer culture as well — plenty of high-end shops, bars, restaurants and clubs filled to capacity. Especially when the sun goes down, in typical Balkan fashion, everyone comes out to promenade, eat, smoke, drink and debate until the early morning hours. Most cinema screenings are filled to capacity as well, and filmmaker Q&As have been known to clock in at close to an hour. The films are embraced by members of the Thessaloniki audiences in all of their complexity and mystery. No one is much interested in what kind of camera the film was shot on or the final accounting of the production budget.

But this is Greece and even up until a couple of months ago, the Financial Times was still reporting on the scale of the country’s economic morass, citing pessimistic growth projections, high unemployment, and pension and labor disputes caught in unending stalemates. A corrupt government rips off its citizenry and cronyism, and bribery are alive and well. These topics are often roped into any conversation eventually.

The fragility of the country seems to be reflected in, and refracted from, many of the films picked for selection, frangible works that do not shy away from ambiguity, films that “stand closer to a notion of reality that entails fear, dreaming, sleeping and ecstasy” as filmmaker and University of Athens Cinema Studies professor Eva Stefani puts it in her essay about documentary and play. The essay is part of a book titled, A Non-Catalog, a collection of writings published to celebrate the festival’s 2oth anniversary and just as thick as the film catalog.

Orestis Andreadakis is the director of both Thessaloniki festivals — fiction in November, documentary in spring. He cites Georges Perec’s Life a User’s Manual from 1978 as the curatorial guide to the overall selection for this year’s documentary festival competition. Percival Bartlebooth, the protagonist of the book “resolved one day that his whole life would be organized around a single project with no purpose outside its own completion.” Therefore, while premieres and debuts are diligently listed in the press releases, the privilege of artistic selection rests with a made-up game of constrained principles, something that began with this past November’s festival, when Simone Weil’s The Need for Roots (1949) was used as a guide for the competition selections there. The preoccupation with what Agnès Varda coined as “cinécriture” (ciné-writing) displays itself in this deeply personal nod to bibliophilia, perhaps, as well as to the selection committee’s dedicated internationalism.

Thessaloniki celebrates films that actively sculpt time and space through very specific human experiences with almost lapidary-like qualities seen in the collaborations between directors and protagonists. On my last evening in Thessaloniki, a friend and I sat watching the sun go down behind Mount Olympus from the rooftop of the Electra Palace Hotel to toast the spirit of Peter Wintonick as one is wont to do there. Wintonick was a Canadian documentarian and the founder of DocAgora who died at the too-young age of 60 in 2013 from liver cancer. Wintonick, who was in every way larger than life, felt that documentary film contributed to the moral well-being of the universe and acted as international ombudsmen and goodwill ambassador for this discipline of telling real-life tales, pieced together to transform ephemera into story, always with an abundance of constraints, self-imposed and otherwise.

Besides the main competition of ten films, the 20th edition was overflowing with sidebar programs including a (very small and cautious) virtual reality program, and a spotlight of international films called Kaleidoscope that included standouts such as Talal Derki’s Of Fathers and Sons (which won the Peter Wintonick Audience Award), Laura Bari’s Primas, Anthony Chidiac’s Room for a Man, Denis Côté’s A Skin So Soft, Alexandru Solomon’s Tarzan’s Testicles, Ziad Kalthoum’s Taste of Cement, and Michael Glawogger and Monika Willi’s Untitled. As well, there was the requisite Human Rights category; Memory and History; Habitat (a focus on the environment); a program on food (a personal standout for me in this group was German filmmaker Marc Pierschel’s The End of Meat); a focus on the film work of Véréna Paravel and Lucien Castaing-Taylor with artists in attendance for a master class with Greek director, Athina Rachel Tsangari; a music program; a program devoted to filmmaking; a sweeping Greek Panorama; a tribute to Agnès Varda (unfortunately not in attendance); a small half-century historical focus on the globally volatile year of 1968; a curation by Sara Driver, director of Boom for Real: The Late Teenage Years of Jean-Michel Basquiat; and Docs for Kids. Concurrently, there was the ever-blossoming international marketplace alongside it all, many of its participants, of course, not able to see even one film in the main program during the entire festival.

I exhaustively list all of the above to stand beside the small group of films in the main competition, returning to the theme of fragility and Perec’s book, a novel within a novel, or two novels in one. These films are devoted to capturing people doing what they do within an exact and specific point in time. But they are also told somewhat elliptically because they encompass all the events that brought them here to us; we can see some of the mechanism used by authors giving form to memory out of captured fragments of sight and sound, and then re-writing it all to create ever newer forms.

From the main competition, the Youth Jury, made up of five students from Aristotle University of Thessaloniki, gave their best film award to Greek filmmaker Evangelia Kranioti’s Obscuro Barroco, a robust and exuberant one-hour explosion of sight and sound from Rio de Janeiro narrated by Luana Muniz, an iconic Brazilian transsexual who passed away this past year at the age of 56. Using a mix of wondrous vérité footage shot by Kranioti of city-wide celebrations at Carnival set against the lush knowingness of Luana’s narration about constant, painful, but necessary transformation, both personal and societal, we see how embracing the fluidity of gender roles might only enhance our collective growth as a species. At least the young people believe in that possibility.

Simon Lereng Wilmont’s debut solo feature The Distant Barking of Dogs (a Danish, Swedish, Finnish co-production) took several prizes at Thessaloniki including the Golden Alexander for Best Documentary (with Baronesa and Meteors receiving special jury awards), the Human Values Award given by the Hellenic Parliament, and the FIPRESCI prize. Wilmont took himself to the Russian-Ukrainian border to search for a child with whom he could collaborate, eventually finding 10-year-old Oleg Afanasyev who lives with his grandmother and younger cousin in the small village of Hnutove, a place that has all but been abandoned due to uncomfortably close proximity to constant firepower and military presence — heard but never seen. Wilmont went to find the story he had already written and in true movie magic fashion, because he only had a camera-mounted mic during shooting, sound designers Peter Albrechtsen (Danish) and Heikki Kossi and Pietu Korhonen from Finland, collaborated to give the film the sonic bang necessary so that we can feel what Oleg feels, the persistent violent reverberations of bombs. We witness these experiences from a child’s point of view, knowing they will become part and parcel of Oleg’s future memories.

The competition films were all bespoke visions, most were by first-time feature directors, all of whom worked pretty much solo as ciné-writers, with only one or two stalwart companions to help steer the vessel. In films such as All That Passes by through a Window that Doesn’t Open by Martin Dicicco, Awaken by Jiawei Ning, Baronesa by Juliana Antunes, Las Cinephilas by Maria Álvarez, and Gürcan Keltek’s Meteors (a small masterpiece), the ambition of capturing lives in medias res, in tragedy and comedy, in hardship and at ease, is transcendently realized through purposeful framing, profound trust, and an artist’s lack of trepidation to possibly change ordinary people’s lives. From Cinephilas: “I realize now that I am ready to die. Do you know why? Thanks to you. My vanity is such that there is the fact of transcending, even if it means nothing. People will say ‘Who’s this shitty old lady?’ But I will remain alive,” says one of the old women who devotes the time she has left to going to the cinema every single day where she sits in the dark and dreams.