Don’t Fence Me In: Pitching Boundary-Crossing Docs at CPH:FORUM 2018 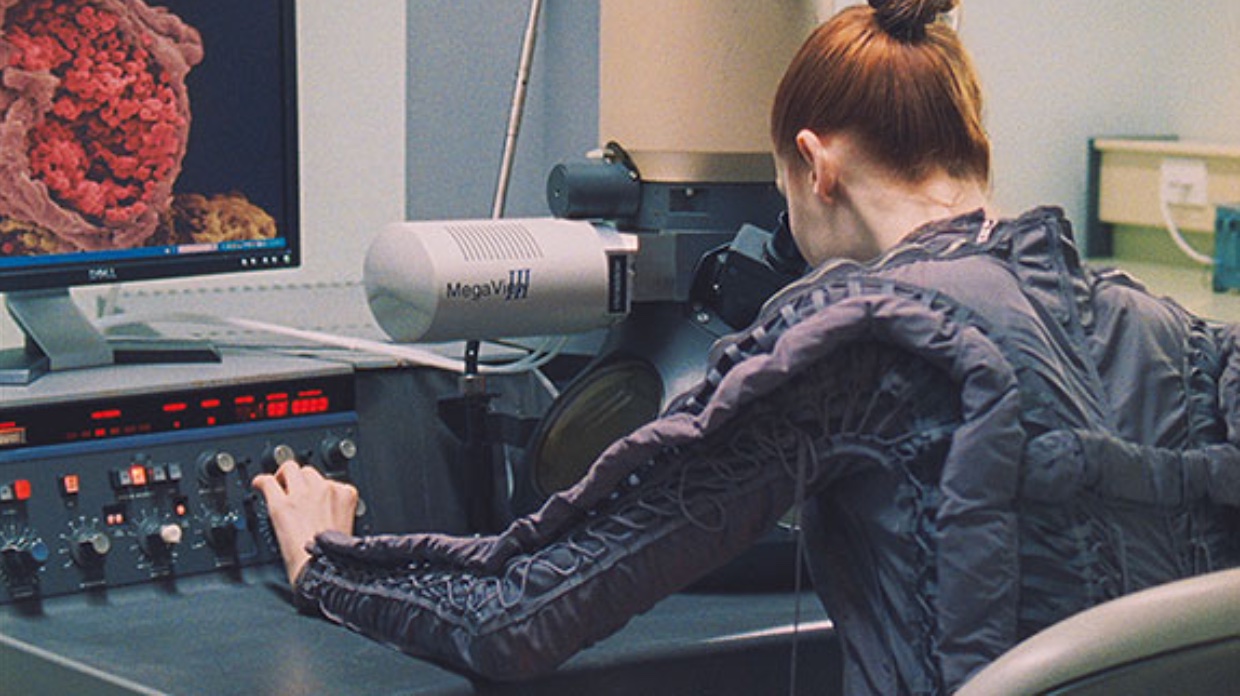 Sierra Pettengill is a 2017 Sundance Art of Nonfiction Fellow with her project Riotsville, USA, produced by Sara Archambault and Jamila Wignot. Falling under the category of FICTIONNONFICTION was a nod to the Fellowship perhaps, since, for me, this clearly is a rigorously conceived art project. As an archivist, and in superb gleaner fashion, Pettengill forages for potential stories locked away in video vaults, repurposing the pieces of footage she finds into both spectacle and cunning political statement. “Riotsville, USA is an archival documentary about the US Army’s response to the riots of the late 1960s: Take a military base, build a mock inner-city set, cast soldiers to play rioters, burn the place down, and film it all.” (I will cite the loglines for the projects directly from the catalogue to show how ephemeral most of these ideas are, and how they really cannot be adequately described in any simplistic fashion.) This project, a training program for FBI, police and other branches of the military, was dubbed Riotsville, USA. Did you know about this episode in US history? I didn’t, nor do most people. But it is the way in which Pettengill plans on using this clandestine event to catalyze all the potential refractions on race, government secrecy, and a time of societal mayhem (then and now) that is enticing. This was one of those instances, however, where Pettengill took the lion’s share of the presentation time, but that’s because it was necessary she do so due to the complexity and multivalent aspects of the project. At any rate, she did a superb job delivering a confident, articulate presentation of not only what she’s attempting filmically, but also the reasons why it’s vital this story is unearthed and rediscovered now. She also qualifies as a veteran of the CPH:FORUM since she was there a few years ago to present The Reagan Years. For me, her new project was evocative of Jesse Moss and Tony Gerber’s Full Battle Rattle from 2008. Even though their film is all live action, the treatment and tone are similar in the ways in which what’s revealed is that the American military-industrial complex is more twisted than we could ever imagine and always has been. 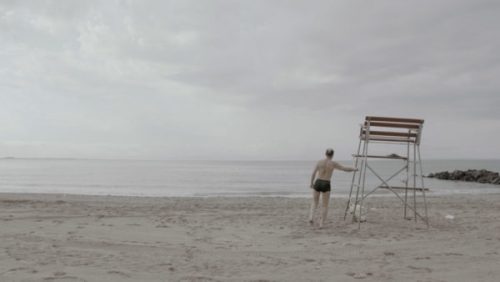 In the Cinema category, Brett Story (The Prison in Twelve Landscapes) presented her latest project called The Hottest August, a Canadian-U.S. production with Danielle Varga (Cameraperson) attached as producer. When she speaks, Story has a voice and a point of view that contains multitudes, and she delivered, for me, the most seamless, articulate and exciting pitch I’ve seen in a long time. Soft spoken and serious, she held the audience spellbound, and her visual sample was stunning. Yes, it’s Cinema, no doubt about that. “A film about climate change, disguised as a portrait of collective anxiety. The Hottest August offers a window into the collective conscious of the present.” If this sounds alluringly abstract, it is, but Story is a maker who has proven that she can work wonderfully well with high abstraction, able to wrangle big ideas, big issues, and grand socio-political theses into a bespoke vision that is riveting, meditative, thoughtful and emotionally intelligent.

Another exciting project, with much potential — also under the Cinema label — was Senseless, presented by Israeli filmmaker Guy Davidi (Five Broken Cameras), collaborating with Danish documentary producer Sigrid Dyekjaer. Israel has become a place, a state of mind, an entity that has profoundly lost its way, and in this film, Davidi questions a deeply-embedded aspect of Israeli life and society: mandatory army service. It is no secret by this point that suicidal tendencies and deeply troubling psychoses are side effects for many young Israeli soldiers, both male and female. What we’ve never learned about is the young people who are already very fragile; they already know they don’t belong in that universe. “What does it mean to grow up in a place that forces you to go against your values? The military’s first function is a violent one, regardless of what you believe it is aimed for.” In other words, not everyone is cut out to be a soldier. But military service in Israel is still a requirement for every citizen, no matter the physical, emotional, or mental challenges anyone might face and no matter how deeply their moral compass points far away from supporting or being a part of institutionalized violence. As Davidi has done in his previous work (he’s been making films since the age of sixteen), he delves into the fraught but private and unspoken personal pain of his young main protagonists, all of whom are dead, having taken their own lives. But they’ve left behind written and video diaries of what kind of people they were, what they dreamed of for their futures, their struggles, questions, and surreal inner battles to try to belong and participate in something each of them stood staunchly against. We also meet teenagers with various disabilities (that in any other place would recuse them from military service) vying to belong, i.e., a deaf boy who wants to become a combat pilot; a blind girl who enrolls in military boot camp where she is armed with a rifle. Living outside of Israel at this point, Davidi beams his unflinching eye using, in part, the fragile material left behind to tell these “if only” coming-of-age stories. I was thankful this was the last pitch of the first day since this project completely wrecked me emotionally.

Swedish filmmaker Anna Eborn has a keen talent for documentary work of the most immersive kind. She has a finely honed cinema eye and an ability to connect deeply with her protagonists as she showed in her first full-length feature, Pine Ridge. For her new film called Transnistra (the new hot-spot for filmmakers, apparently) she is working with producers David Herdies and Katja Adomeit (producer of Rubin Östlund’s The Square) in a Swedish, Danish, Belgian co-production. “Set in the self-proclaimed state of Transnistra, a group of 16-year-olds search for friendship among one another when society has turned its back on them. Lingering in the background is the online Blue Whale Game that triggers people to commit suicide.” Despite a perfectly coherent pitch, it was Eborn’s footage that helped to literally visualize a project that would artfully film a group of young outcasts who have nothing at all at their disposal from the shaky society in which they live. They do have one another, though, and at sixteen years of age that’s usually enough, particularly if you’ve been on your own for a while. The visual sample had a sweet romantic lightness to it accompanied by beautifully lit and shot frames to juxtapose a very troubled and abandoned population of young people at such a tender time in their lives. Eborn works solo in the field, and as a 35-year-old who could pass for someone 15 years younger can achieve a level of trust with these young people that was apparent in what we saw. But since the project fell under the FICTIONNONFICTION label, moderator Tabitha Jackson of the Sundance Documentary Film Program curiously asked where the aspects of that crossover happened. Eborn has made hybrid work before, but in this case, Herdies protested vehemently that they were making a documentary film, nothing fictitious about it. This made-up place that sits between Ukraine and Moldova does, in fact, present as a lost and unreal world that leaves space and breath for this very fragile project, but the stories are as real as it gets.

The last project I’ll talk about from the first day’s presentations is French-Algerian artist and filmmaker, Narimane Mari’s, a darling of CPH:DOX and a prolific and fascinating surrealist storyteller. Her first feature, Bloody Beans, took the top prize at the 2013 edition of the festival. Her new project, I Call Myself Desire with Fast Wings — a collaboration once again with long-time producing partner Olivier Boischot (who was not present) — was really not ready to pitch since the pitch itself was a bit of a shambles: as the sole presenter Mari struggled with her English, the project is really in a cocoon-like stage right now, and she had no footage to show except excerpts from YouTube and the Internet to illustrate the themes and styles she’s interested in exploring. Because the project was presented in such an abstract way — again, this FICTIONNONFICTION label is really tricky — it was quite a tall order to try to express what she wanted to do for those who weren’t familiar with how she works. “The phantasmagorical imagination of desire and its simple and crude sexual materiality. Not as a response to moral or social order, but as an innocent vital necessity.” So there’s that to parse — logline as haiku.

This is a maker who likes to dive deep and is not afraid to try rare and untested story forms with rare and untested protagonists in front of her camera. She’s made some pretty exciting cinema thus far working this way. After a glorious reading of a poem by Tabitha Jackson at Mari’s request, she struggled through, admitting that it was so early she was having a hard time articulating the project. (Hers really did seem like a last-minute replacement as she was at the festival already in other capacities.) Her wish to explore desire and sexual representation through six protagonists who have “chosen the film” was sort of clear. And then this comment comes from someone on the panel, possibly triggered by footage of dancing black bodies — who knows? The word “colonialism” was uttered. “Be careful of a colonialist gaze.” There was an audible intake of breath in the room, particularly from those of us who know the kind of work Mari has done and the kinds of people she works with, i.e. formerly colonized populations. This is, of course, when Mari got a bit defensive and frustrated. But the beautiful thing about this whole instructive mess is that when another panelist talked about taking the project to the gallery space forthwith, Mari lost her cool completely and the real crux of what she wanted to do became clear — maybe even to her for the first time. She is making a film that is meant to explore a subject that has been constantly relegated to the art space, where something that is perceived as pornographic (just a naked body can be deemed pornographic in many quarters) can rest comfortably amongst all the other static representations of human sexuality in cold industrial spaces. This comment unleashed something valuable for it was only then in her impatience that she could express that her drive is get this subject out of the pornographic realm, out of the art space / museum world. She wants to have a frank and joyous celebration of what she feels is still very much hidden through the act of making cinema. “In my eyes, the only film that reaches this vital state in man is Un Chant D’amour by Jean Genet, who says desire has the same poetic force as bodies, hairy torsos, dirty toes, flowers, walls, sweat, bitterness, sex, saliva, breadcrumbs, cigarette smoke. They are, without distinction, an exaltation of desire.” She and Boischot are looking for financing, co-producers, a sales agent, and distribution. Anyone?