The Strange Dream: Pitching Your Film at the CPH:FORUM 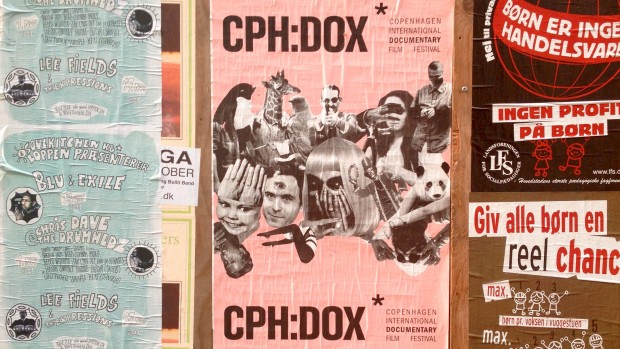 by Scott Macaulay
in Filmmaking, Financing
on Dec 17, 2014

CPH:DOX is like a strange dream. That dream where you wake up and everyone understands that artistically motivated documentaires have a place, have meaning, are celebrated. And frankly the weirder the better.

The pitch forum at this Copenhagen-based documentary festival is no exception. Coming up on its fourth year, it is the home of the eccentric doc sibling. The one that confounds and delights, and maybe has broadcast potential, but maybe could also play in an art gallery. In its beautiful peculiarity, the CPH:DOX forum stands out strongly from most of the other pitch forums that abound on the documentary circuit…

First off, the format is a shift: the CPH:FORUM is housed in an intimate auditorium. Pitches are delivered by two people (generally a producer and a director) standing at a small dais. It has a slightly casual air (albeit tinged with the tension any filmmaker brings to a forced and timed description of their work).

Once the timer bell rings and the moderators graciously coax the last speaker into an ending, then the respondents (a mix of broadcasters, producers, curators and funders) clamber up on stage. When the moderators begin the responding phase the tone is open and curious and helpful.

For contrast: IDFA, the home of my last pitch assignment for a doc on the arty side, is in a freezing cold sound stage. You sit on a dais with your team, a really bright light shining in your eyes while you shiver. You look out at a massive horseshoe table filled with every jaded broadcaster working in doc today… like 40 of them. It’s not exactly hostile, but it’s not warm. Nobody would call it intimate. And the respondents — even the ones who only pay tiny, tiny fees — tend to take a hardline attitude.

But CPH:DOX is warm somehow. It’s as if everyone is rooting for each other. And the films are all so unconventional that it’s oddly mesmerizing. The three filmmakers I interviewed all had widely different films. Beadie Finzi, arrived with a dance film, All I Am, she characterized as both “a mixture of documentary and performance” and “arty-farty.” Robert Greene came with Kate Plays Christine, his next melodrama-as-documentary (in the style of his current film, Actress). And Sierra Pettingil came as the producer of The Reagan Years, an immersive portrait of the Ronald Regan presidency using 2,000 hours of archival footage captured by the White House Televsion (WHTV) Office.

Pettengill relates, “It’s such an exciting mix of work, and to be able to present a project that isn’t the most straightforward thing to industry in an environment that’s receptive to more gutsy projects is very appealing.”

Finzi furthers this notion: “If you are going to ‘come out’ with your doc, then CPH is about as good as it gets. The forum theatre is smaller than most and stuffed to the gills with cheerful friends and colleagues. Who are ready. No, they are waiting and wanting, to be delighted with a succession of creative film projects. CPHDox Forum has the bandwidth for more creative and hybrid films. It attracts funders and distributors who aren’t scared by arty farty. And my film is, well, arty farty. A mixture of documentary and performance. Part real, part imagined. When you are pitching that kind of project, you don’t want to be met with blank stares. You want to start the conversation with: ‘Cool, tell me more about how you are going to do it.'”

The CPH:FORUM is broken into four categories:

FICTIONONFICTION: Challenging works in the hybrid landscape between fiction and non-fiction.

ART: Film projects positioned in the borderland between art and film and screened both within the institution of cinema and that of visual arts. The forum cleary caters to the non conventional

Greene, our current agent provocateur of American documentary offered this assessment: “It was probably most surprising that my pitch was one of the more ‘mainstream’ of the forum. A producer friend even said we were like “Hollywood,” which I think says more about this forum than our project.”

If Greene’s work is “Hollywood,” it’s easy to imagine how far afield from mainstream the pitches can get. And since some of the films veer into straight-up art, the questions of market are less pointed… but are questions nonetheless.

In a weird way it’s a pitch forum that pre-imagines the market. Some of the films pitched here had fine art objectives and broadcast hopes, some had broadcast potential and fine art-budget dreams (yes film folks…the super arty ones had massive budgets courtesy of the art-collector system), and CPH tries to find the common ground.

This had its tricky moments, and this middle ground isn’t something that always exists — respondents work hard to provide answers on how to fund something – but what was so appealing was how hard they tried to figure out a path forward. In many ways CPH:DOX is building the market for the work and/or finding the market overlaps in real time. This, my friends, is not a common occurrence in the world of pitch forums!

Of course, some things are the same. The grandaddy crank of the global pitch forum scene, Nick Fraser BBC, still unnerved pitch teams by rudely nattering on to his buddies while people were actively pitching two rows in front… “Hello, move to the back!” But other than that, the support was palpable….

And real success seemed to happen.

All three of the Forum attendees I spoke to, Finzi, Pettengill and Greene, conveyed stories of real progress. In Pettengill’s words, “Most surprising was the immediacy of the reaction. I was on Skype hashing out potential deals and sending along additional materials within hours of our meetings. I was expecting a much longer gestation period.”

But of course this forum won’t work for all films. More traditional broadcast films would likely be better suited to the pitch forums that have the widest variety of broadcasters present. But for the more arty films and the films that might want a warmer first pitch experinence, CPH:DOX is worth considering.

How to decide whether CPH:FORUM is the right forum for your film? I asked this year’s attendees, and the answer pretty much much boiled down to this one quote from Green: “Projects that look like they’d be programmed at the festival — adventurous cinematic fare with great characters and a compelling narrative… but does’t shy away from pushing formal boundaries.” Or, as Beadie put it, “good old fashioned ‘arty farty.'”

Further tips for navigating the forum once you decide you are going? Each interviewee had their own, no surprise here, personal take.

1. The days are long and jam-packed, and jet lag is a cruel, cruel mistress. I wish I’d discovered Tylenol PM earlier in the week so that I’d have gotten some sleep at night rather than crashing on the floor of the Danish Film Institute.

2. Have a creative one-sheet and additional trailers/clips prepped and ready so you can reply to requests immediately.

3. When/if someone very clearly and instantaneously doesn’t like your project, use that meeting as an opportunity to practice your charm, rather than letting it ruffle your feathers.

2. Give your pitch its own narrative structure – you’re telling a story up there.

5. Have a good movie to pitch.

You’ve got the stage. To declare your intentions, your vision. To have everyone’s undivided attention just for a few precious minutes. No matter how rubbish a public speaker you are, the room can feel you, can read you and the die is cast.

Sure, next week the caravan has moved onto IDFA and you can feel quite quickly like yesterdays newspaper.

But you’ve had your break. Its up to you to make it count.