Unresolved Pain and the Spanish “Pact of Forgetting”: Almudena Carracedo and Robert Bahar Discuss The Silence of Others 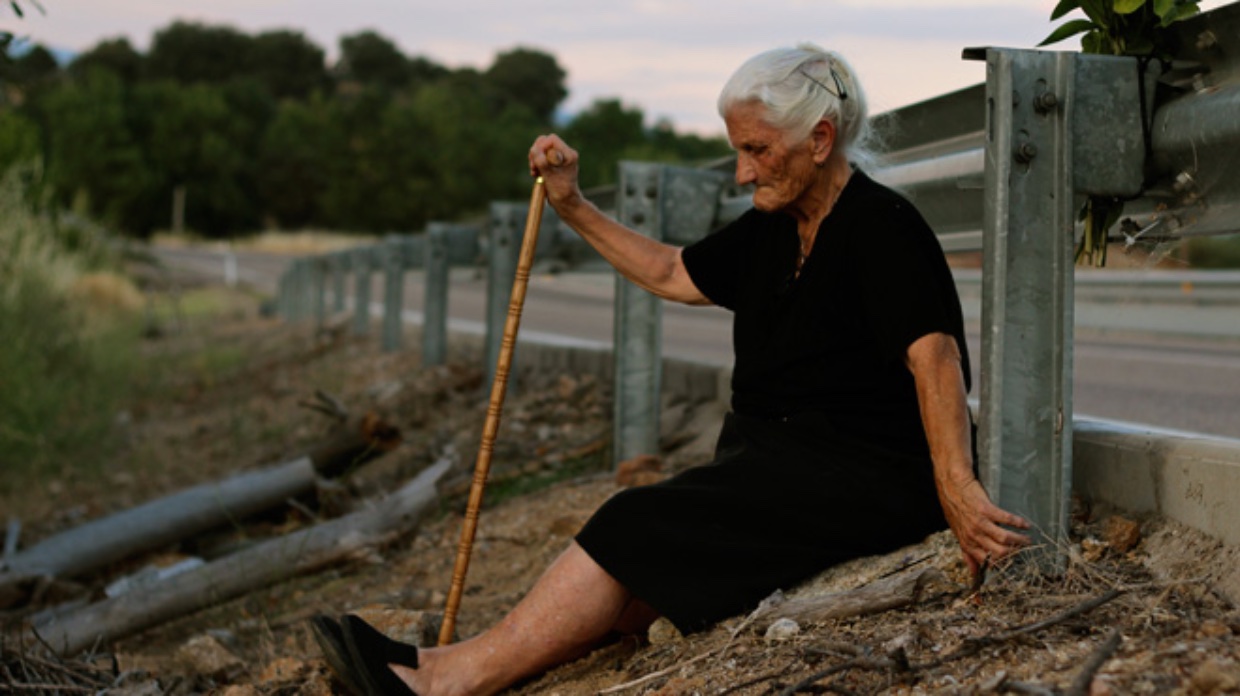 The Silence of Others

by Lauren Wissot
in Directors, Festivals & Events, Interviews
on Jun 19, 2018

Executive produced by the Almodóvars, and nabbing the Panorama Audience Award for Best Documentary and Peace Film Prize at this year’s Berlinale (not to mention, most recently, the Grand Jury Award at Sheffield Doc/Fest), Almudena Carracedo and Robert Bahar’s The Silence of Others was one of the most compelling films I caught at Hot Docs back in April. It was also unnervingly revelatory, as the Spotlight on Documentaries at IFP Week project — which will be co-presented by IFP tonight at New York’s Human Rights Watch Film Festival — deals with a disturbing piece of buried history I knew nearly nothing about.

Indeed, I’d never even heard of the “Argentine Lawsuit,” an attempt by the victims of the Franco regime’s 40-year reign of torture and murder to gain redress in Buenos Aires because Spanish law prevents any dictatorship-related crimes from being prosecuted. (Though the fact that Spain’s shameful 1977 amnesty ruling was dubbed “the Pact of Forgetting” indicates that erasure was also likely by design.)

Filmmaker was fortunate enough to speak with the co-directors, who previously collaborated on 2008’s award-winning Made in L.A., prior to the doc’s NYC premiere at HRWFF (June 19th at the Film Society of Lincoln Center, June 20th at the IFC Center).

Filmmaker: So I’m embarrassed to say I’d never even heard of “the Pact of Forgetting” before seeing your film — which made me think that this “forgetting” may also be one of the reasons international audiences are probably more familiar with the past dictatorships of South America, for example. Is there a sense of not only national frustration, but also collective shame in Spain that the Franco regime was never brought to justice in the way, say, Pinochet’s was? There’s no “good guys won” ending for Spain.

Carracedo and Bahar: That’s a very thoughtful observation. The “Pact of Forgetting” was indeed very effective, not just in Spain, but internationally. Most people know about the Spanish Civil War, but few know much about what happened next: the nearly 40-year dictatorship, the transition to democracy, and what’s happening today with regards to these crimes. They have been essentially forgotten by the whole of society. That’s one of the goals of the film — to resituate Spain as it relates to these crimes in the international human rights arena, as a country that has serious unfinished business 40 years into democracy.

Spanish society is starting to deal more with this issue. It has always been present, but now the victims are increasingly visible, there is media coverage about exhumations and some of the torturers, and there are occasional debates in parliament. But youth still learn little or nothing about these crimes in school, and this film will certainly be revelatory.

Filmmaker: I’m very curious to know what the biggest challenges were in making this doc. Logistical? Emotional? A third-rail topic over two continents seems like a lot to juggle.

Carracedo and Bahar: This film took seven years to make — which is how we make films — a slow-cooking process where we try to capture the evolution of people and processes. (We film as a two-person team — Almudena on camera, Robert on sound.) And yes, with the added issue that it was…in Spain. In 2012 we packed our stuff and put it in storage in New Jersey and moved to Madrid, Spain (Almudena’s hometown) with our then two-year-old daughter thinking it’d be just a year or two!

Funding is always a challenge, and such a long filmmaking process required over 90 funding applications and weathering many rejections. After writing all those applications (2,000-plus pages!) over seven years we got about 15 enthusiastic funders who believed in the power of the film, and in all the work we wanted to do with it.

It was also emotionally very difficult. As filmmakers we had lots of doubts, too. There is so much unresolved pain, so much horror in this story, and the responsibility to do justice to that pain would often keep us awake at night. Would we be able to capture the complexity of the situation? Would we be able to honor the journey and the struggle of so many thousands and thousands of people? It took many years (and 16 months of editing) to feel that the film was indeed ready.

Filmmaker: Did you try to get anyone to speak on camera to actually defend the 1977 amnesty law? Did you get any pushback from the Spanish government?

Carracedo and Bahar: The Spanish government is a modern democracy so, no, we didn’t experience any pushback, threats, or the like — though we also didn’t receive any Spanish funding. The way this issue is blocked in Spain is by ignoring it, which is a form of silencing.

We did seek other points of view, and requested certain interviews (always from people with connections to the lawsuit, which is the narrative backbone of the film) but those requests were declined. So we made sure to include the “general” thought on the issue via other means — for example, a conversation within the family of one of the victims where there are opposing points of view — because it was very important during the editing to help people understand the context of opposition where our characters move.

Filmmaker: How did the Almodóvars get involved as EPs?

Carracedo and Bahar: We had been working on the film for about six years and were getting close to a first rough cut. We showed them a few scenes and they were just incredibly moved by the issue and the approach we were taking to the issue — telling the story through the characters’ journey, humanizing a difficult story and making it lyrical, giving the audience time to think and reflect upon what they see. They’d wanted to do something around these issues for awhile, and they immediately offered to help. They are the most wonderful partners to have onboard because they totally believe in the power of this film to create change. They have supported us at every key moment since they got involved.

Filmmaker: What’s been the impact from your film, both for the survivors and for Spanish society?

Carracedo and Bahar: In a way the film is still a newborn — it premiered in Berlin just four months ago! It has not arrived in Spain yet. Our plan had always been to premiere internationally first, and to arrive in Spain with some momentum and international credibility, given the subject. We are planning a very extensive two-year-long impact campaign so that we can use the film to catalyze dialogue and discussion around these issues town by town, starting with a theatrical release in Spain in the fall.

Judging from the incredibly moving reaction of the audience at international festivals, where there are always Spanish expats — we sense the film will indeed have an amazing reception in Spain, and that it will be a really powerful tool in creating visibility for the victims and engaging the society in a much-needed conversation about Spain’s past and present. Interestingly, all of the Spanish journalists who have covered the film — from across the spectrum actually — have written very beautifully about it. We can’t wait to arrive in Spain with it!