“I Had to Think How to Distill the Spirit of the Book, and Not Try in Any Way to Replicate It”: Rachel Dretzin on Far From the Tree 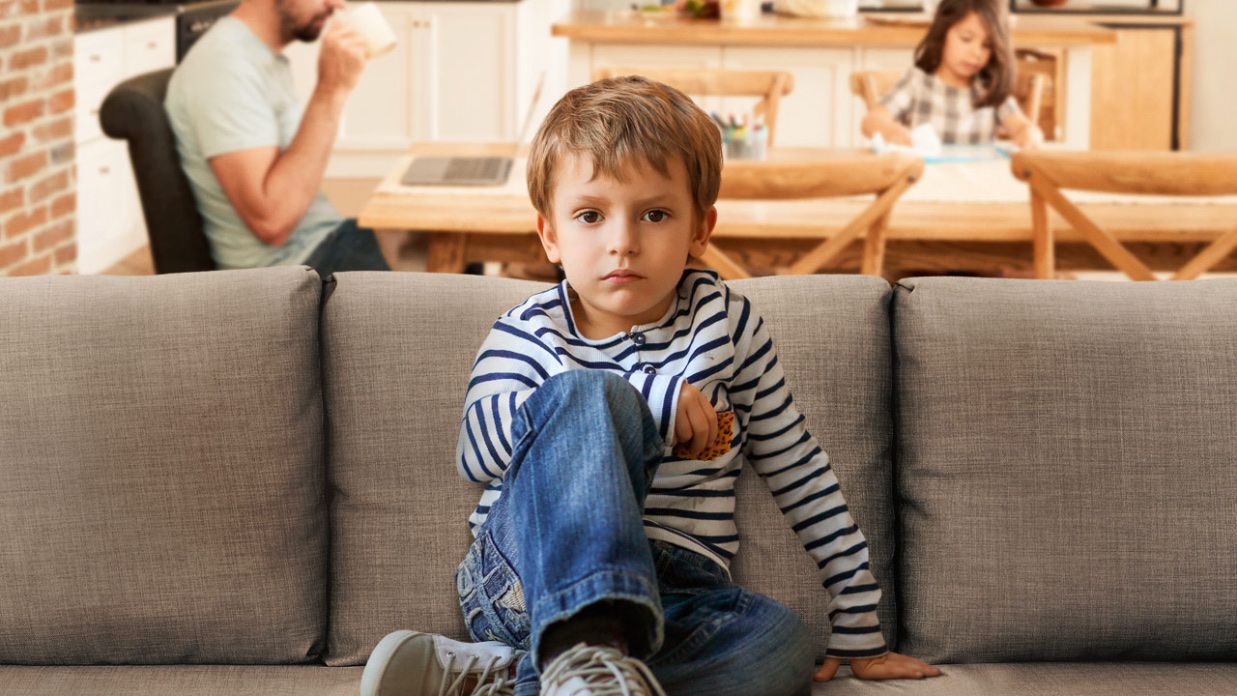 Far from the Tree

by Lauren Wissot
in Directors, Interviews
on Jul 20, 2018

As someone who is not a parent, never wanted to be a parent, and still says a silent prayer of “thank heaven that’s not me” every time I walk by a mom or dad struggling with a stroller, Rachel Dretzin’s Far From the Tree — based on Andrew Solomon’s NY Times bestseller Far From the Tree: Parents, Children and the Search for Identity — at first glance seemed far from making my must-watch-docs list. Which is precisely how I know it’s as good as it is. When I finally got around to catching it on screener recently, Dretzin’s film — which premiered at last year’s DOC NYC and was the opening night picture at this year’s Montclair Film Festival — not only had me riveted for its entire 90-some-minute running time but for days afterward. Forget parents and children for the moment. Far From the Tree is nothing less than a startling, powerful portrait of what it means to be human – in all our endlessly diverse ways.

The doc itself focuses on several families in which a child is “far from the tree” – be it due to Down syndrome, autism, dwarfism, or having committed an inexplicable crime. Contrary to preconceived notions, not only are these parents and their offspring thriving, not just surviving, but as Solomon himself (also a character in the film, as his book was inspired by his own personal experience of being an only gay child) puts it, in his decade of reporting he’d not once met a parent who said, “I’d like to turn my child in for a better model.” Indeed, as the film expertly shows, a challenging child is often full of more life-affirming revelations than any so-called “normal” one.

Filmmaker was fortunate enough to chat with the Emmy Award-winning documentarian prior to the film’s theatrical release today at IFC Center.

Filmmaker: I read that Andrew had something like 30 filmmakers approach him wanting to turn the book into a film, so what was your pitch that convinced him?

Dretzin: I like to think it was my genuine love for the book that persuaded Andrew I was the one to make the film. I did feel a deep conviction that I was the person to do it, so mostly my pitch was just to be authentic and honest. No fancy tricks. And I have to hand it to him, Andrew did his homework. Over many months he watched several of my other films, drilled down on my approach, and met with me numerous times. Ultimately, I think he felt confident that I had the vision, and also the muscle to raise the money to get the film made.

Filmmaker: What were the challenges in crafting a nonfiction film from a bestselling book?

Dretzin: Start with the fact that the book is 800 pages long — and the product of a decade of scrupulous reporting. The film, on the other hand, is a neat 93 minutes. So I had to think how to distill the spirit of the book and not try in any way to replicate it. People who’ve read and loved the book know that it has a very particular perspective and tone, and trying to capture that is what drove me as I tried to figure out how to translate it into film.

I knew I had to include Andrew in the film, since it’s so in his voice, but figuring out a way to do that without seeming promotional or hokey was really tough. It took a lot of trial and error, and repeated filmed conversations with Andrew, to figure out how best to bring his voice into the film without intruding on the world of the characters. So integrating his story and his voice was probably the toughest challenge.

However, there were also some advantages to having the book as my reference. When I felt lost I could go back to the book, which by now is dog-eared, highlighted, stained with coffee, and practically a talisman for me. It served as my roadmap and my guide again and again, reminding me what the movie ultimately had to be about.

Filmmaker: How did you decide which characters to include — and not include — in the doc?

Dretzin: We decided right away that we couldn’t rely on the characters in the book, since many years had passed since Andrew had reported and written it. We wanted to populate the film with families that were going through something we could document rather than recounting stories from the past. (Only one story from the film, Jason Kingsley’s, is also in the book.) Casting the film took us close to a year. My producer and co-director Jamila Ephron and I met dozens and dozens of families. Since we knew the film couldn’t handle more than four or five characters, we set out to find stories that touched on different themes or ideas and complemented each other.

We decided to include Jason Kingsley’s story in large part because it was almost the mirror image of another story we had decided to include, that of Jack Allnutt. Jason’s was the story of parents who believed their child would be the one kid with Down syndrome who beat the odds and shattered expectations — and they had to adjust their expectations big time when Jason leveled off as a teenager. With Jack, who is nonverbal and autistic, his parents almost wrote him off, until at the age of 11 he completely astonished them and shattered their assumptions.

But ultimately, we were looking for characters that shimmered on screen — people who would make an indelible impression on an audience. That’s something you just know when you see it.

Filmmaker: Andrew is not only featured in the film, but he’s a producer as well. So how hands on was he behind the scenes? (I believe he’s the one who brought the Reese family to you.)

Dretzin: Andrew knows he’s not a filmmaker and isn’t interested in being one. He never tried to tell us how to make the film, but he was a thoughtful and rigorous sounding board for us throughout — while we were deciding on characters, while we were filming, and of course while we were putting the film together. For the most part, he didn’t come in the field, but we carefully vetted all the characters with him before making a final decision.

One exception is the Reese family. We knew we wanted to find the family of a child who had committed a crime, and it was proving to be very tough. The Reeses had written Andrew a letter complimenting him on the book, and when Andrew brought the letter to our attention we asked him if he would approach them about participating in the film, which they were understandably very hesitant to do. Andrew flew out to Texas and spent nine emotional hours talking with the family. By the end of that day they were willing to consider meeting us. Andrew came to our first shoot and did the first round of interviews with the family. He also interviewed Emily Kingsley, who had been in his book.

Filmmaker: You’re an Emmy and Peabody (and more) Award-winning filmmaker who’s long focused on content for television, particularly for PBS’s Frontline. So how has the process differed for this theatrically released film?

Dretzin: You know, if I hadn’t raised three kids I probably would have been making feature documentaries all along, because the creative process was a total delight from start to finish. I loved how liberating it was not to have to conform to any external format, whether that be running time, or commercial breaks, or narration. I felt like for the first time my filmmaking process was completely unfettered and free and I loved it.

That said, the process of getting the film out into the world is much more harrowing with a theatrically released film. When you do commissioned work, you know where it will end up, and it has a built in audience. For theatrical docs, it’s a sell. You’re dealing with all sorts of factors – is the film commercial enough, will people come to a theater to see it, how do we generate buzz, etc. That process has definitely taken a lot out of me. But now that the film is finally coming out and audiences will be able to see it it’s pure delight!